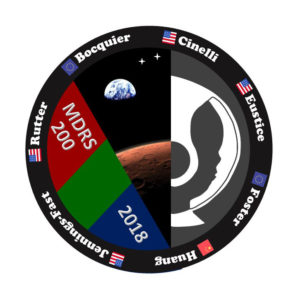 Crew 200, commanded by Ilaria Cinelli, a Mars Society Steering Committee member, has now entered sim at the MDRS!  The beginning of sim for the 200th numbered crew is a major milestone for the Mars Society & the Mars Desert Research Station program!

Crew 197 (VR CrowdExplorers) is currently enroute to the station and will go into sim on Monday, October 22nd. 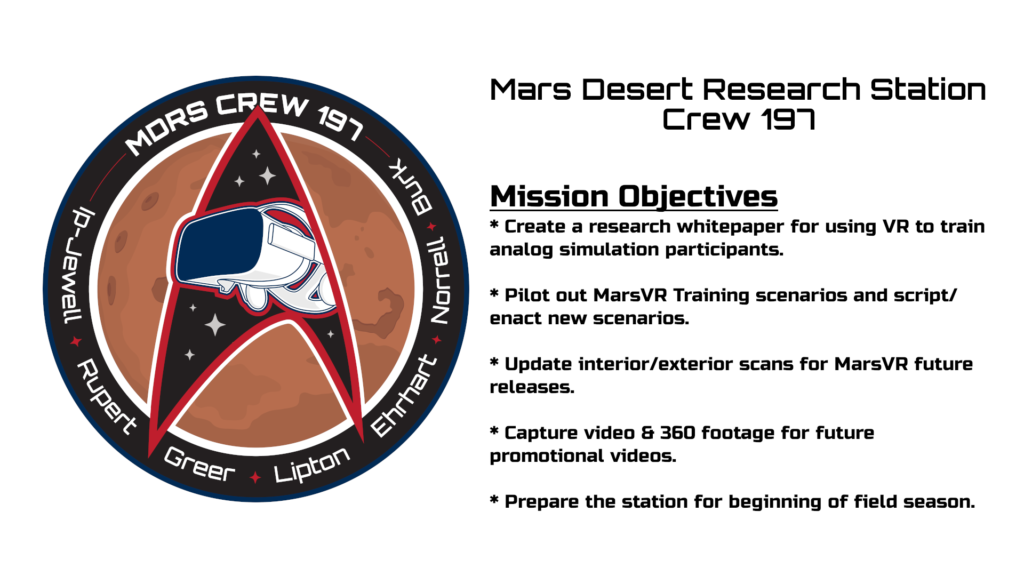 Crew will be IN SIM starting the afternoon of Sol 1 (October 22).

The MarsVR team has completed their scans of the MDRS facilities and terrain.  Several Matterport 360 walkthoughs are already available, and the team will be working this summer to create the full photo-realistic VR environment for MDRS crew training, that will be put into use for next field season.

An article on the Red Bull Blog features both MDRS and MarsVR, the Mars Society’s new project to use Virtual Reality to support the exploration of Mars.

Hi all,
To support the creation of a VR environment for future MDRS crew training and research, we will be conducting scans and drone operations at the MDRS starting on June 19th for around a week.  We’d like to get help from a past crewmember at the MDRS.  Please let us know if you are interested in helping out with our project – we can work out your travel arrangements.  Please forward this to anybody that might be interested in participating.
More info on our project is at: http://marsvr.io 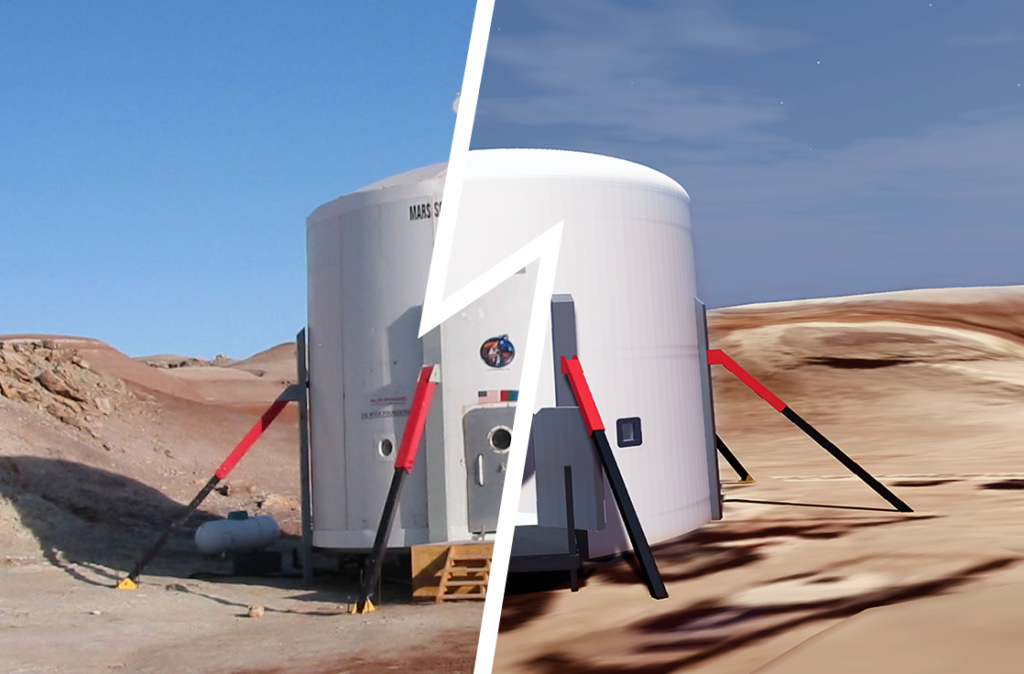 The first Capcom shift of the new field season has begun!

Crew applications are now being accepted for the 2018-19 Mars Desert Research Station field season in southern Utah. Please note this is for the next field season which will start in Fall 2018.  The current field season is fully scheduled.

Please read carefully all information as there have been a few changes.