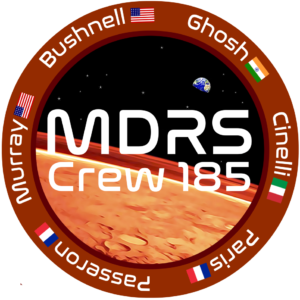 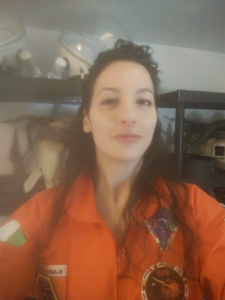 Ilaria Cinelli has B.Eng. and M.Eng. in biomedical engineering from University of Pisa, Italy (2012). She is a final year PhD student at the National University of Ireland Galway, Ireland.

She has 1-year training in ionizing radiations on paediatric computed axial tomography protocols, and 2-year experience as research assistant at Centre of Human and Aerospace Physiological (King’s College London) where she worked on computational modelling of the VIIP and on the Gravity Loading Countermeasure Skinsuit.

In 2015, she completed the Commercial Space Executive Leadership Training and the Intensive Training- Astronaut Training to weightlessness. In 2016, she was elected Secretary of the Aerospace Human Factors Association, constituent part of AsMA.

After her first mission with Crew 158, Ilaria was selected as Commander of Crew 172 and 185 and Emerging Space Leader by the Mars Society. Ilaria also joined the Poland Mars Analogue Simulation by Space Generation as Mission Support member and back-up astronaut.

Ilaria was featured HBO, French TV, Irish Times, Engineers Ireland, Rai TV, La Repubblica, Le Monde and many others. She was also features on the IEEE Pulse, and was Invited Speaker at the IEEE EMBC EMBS 2017 and 2018, University of Southampton, University of Pisa and TEDxPadova. Then, Ilaria is actively space medicine research for translation to Terrestrial applications. Her favourite motto is “Life is Space is for Life on Earth!”. 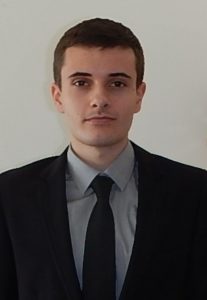 Arno Passeron is enrolled in a Master of Science in physics, engineering, IT and biology at École polytechnique, Paris-Saclay University in France. Aside from his studies, he has also been involved in several space-related missions. He thus did aerothermodynamics research at the Japan Aerospace Exploration Agency, he participated in international aerospace conventions and he is currently building a functional martian spacesuit with his colleagues and several members of the French Mars Society: Association Planète Mars.
Since École polytechnique is attached to the French Ministry of Defense, he received a military traineeship for seven months. He is therefore able to achieve collective missions despite rough conditions and first aid was part of the training. He practises volley-ball 10 hours a week and hiking in the French Alps.
He has also been contributing to the development of the workshop of his school for the two last years. He can thus use and repair new technologies in the station, such as 3D printers, laser cutting machines or microcontrollers.
Participating in MDRS would be a great opportunity for him to test their spacesuit in Mars analog conditions. Thanks to this mission, he would furthermore gain a unique professional experience that would complete his academic, military and technical background. MDRS would thus help him to start his career in aerospace industry, as he would be able to practise essential skills to work at the frontline of space exploration. 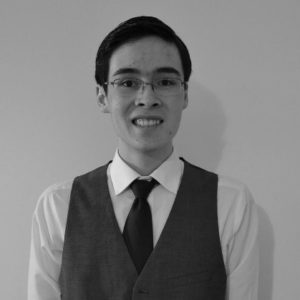 Thibault is a graduate student of the Ecole polytechnique, the French leading engineering school, where he is preparing a Master of Science in Aerospace engineering. Fond of space exploration, he is an active member of the Student Space Center of the school and he dreams of becoming an astronaut. Aside from his studies, he is currently leading the development of a 3D-printed Martian spacesuit prototype with six of his colleagues and the Association Planète Mars (the French Mars Society). He recently gave talks in the United States, France and Austria to present the project. Last summer, he also worked for ArianeGroup, where he helped to improve the production of composite pieces for Ariane 5.
As part of his training, Thibault served six months as Second Machine Officer on a French ship. His job at sea was to guarantee to the bridge that the motors would work properly and that the safety was ensured at any time. This rare experience for a student allows him to work efficiently in degraded and stressful conditions.
Thibault has also a huge experience of fablab technics such as 3D-printing or laser-cutting, as he helped to develop the workshop of his school. His interests in origami and model-making help him to build innovative prototypes.
When not doing space projects, Thibault plays badminton and he is percussionist in the Symphonic Orchestra of the Plateau of Saclay. He also practices swing dances, waltz and he is vice president of the musicals club of the Ecole polytechnique. 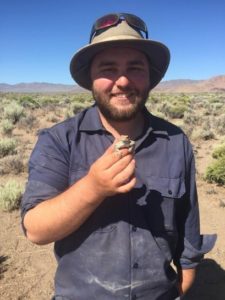 David Murray – Serving as Crew Biologist and GreenHab Officer with a B.S. in Biology and an emphasis in ecology, evolution, and organismal biology from Western Washington University. Previously volunteered as a biological technician for an ecology study in the Alvord Desert in southeast Oregon. 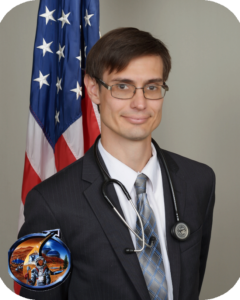 During crew 185’s mission, I will be working to ensure the health and safety of the crew. I will be conducting three research projects in addition to my medical duties on fatigue/sleep, anesthesia, and exercise. I am currently the chief medical scientist at my family company in San Diego. We have published multiple studies in highly regarded peer reviewed medical journals.
I graduated from Saint George’s University School of Medicine and completed my rotations in Queens, New York and the United Kingdom. I also have received my “Diploma of Higher Education in Medical Science” University Northumbria in Newcastle, England. While in school, I became interested in aerospace medicine and went through the introduction course at the University of Texas Medical Branch at Galveston. After medical school I completed the Space Medicine Clerkship at Johnson Space Center Houston, Texas. I am a current member of the Aerospace Medicine Association. I completed a research project in 2015 onboard a parabolic flight involving mechanical Cardiopulmonary resuscitation (CPR) compressions and inhalational anesthesia.
In my free time, I teach driving to international students, fellowship with Christians, and perform many high adventure outdoor activities. 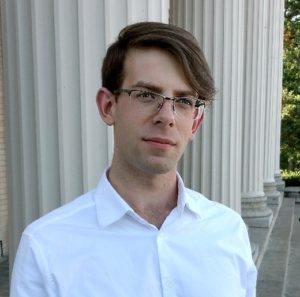 Hailing from the United States, Brandon originally began his professional life as a Librarian. However, in 2013, he left this profession to pursue a career in medicine. After earning an undergraduate degree at a state university, Brandon completed a number of undergraduate science courses in hopes of attending a Physician Assistant program. Brandon has also completed training as an Emergency Medical Technician, as well as additional training in advanced emergency procedures. He has earned certifications including Advanced Cardiovascular Life Support, Pre-Hospital Trauma Life Support, Advanced Wilderness Life Support, and Tactical Combat Casualty Care.

Brandon has accumulated professional experience in such diverse disciplines as Addiction Medicine, Primary Care, Obstetric Surgery, Infectious Disease Epidemiology, Health Education, and Emergency Medicine. Brandon is currently employed as a Occupation Health and Safety educator for a private company in Virginia. In addition to his primary work, Brandon also serves as an EMT for a local EMS agency.

As a long-time Mars enthusiast, Brandon is both honoured and thrilled to have been chosen for an MDRS crew. He looks forward to supporting the research of his crew mates along with ensuring their continued health and safety. ” 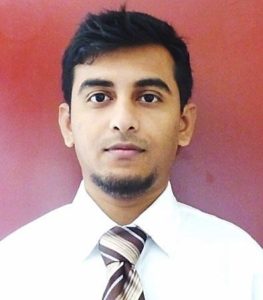 Avishek originate from Kolkata, West Bengal. After graduating in Physics from India, He decided to further pursue Masters in Space Studies (MSS) at International Space University (ISU), France. I got an opportunity to work as a Research Scholar at NASA Ames Research Centre. The main objective of my research is to focus on application strategies of utilising IN-SITU Resources for lunar architecture developments.

The passion and interest or Space has grown up gradually from an early age with a dream of becoming an astronaut. This enthusiasm towards human space exploration propelled him to delve deep into diverse exploring diverse fields and areas that allowed him hands on experience towards his career objectives. As part of bridging gaps and exploring his new frontiers towards the human aspect of surviving in space, he has been participated in Citizen Scientist-Astronaut organized by PoSSUM (Polar Suborbital Science in the Upper Mesosphere) and an Analogue Astronaut in a human space simulation program, Mars Desert Research Station (MDRS Crew 181) organized by The Mars Society. At present, he is pursuing PhD on Additive Manufacturing Capabilities of Metamaterials at the Loughborough University, UK. Beside professional attributes, he is also involved in various outreach activities and volunteering for STEM education through Dr Kalam initiatives. During this MDRS program, I had the opportunity to represent his country India as an international participant which is believes the best achievements in his career.