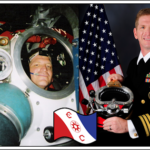 Dr. Joseph Dituri, PhD – Crew Commander
Joseph Dituri served continuously on active service upon various ships and shore stations where he was involved in every facet of diving including saturation diving and ship repair.  He has a Master’s degree in Astronautical Engineering. His master’s thesis topic was in Orbital Determination with an accent for life support systems. He is an invited speaker on space related topics.
Following completion of his masters he was assigned as Officer-in-Charge Deep Submergence Unit Diving Systems Detachment (DSD). Under his command DSD won the white “DS” award for deep submergence excellence and he qualified as a 2000 fsw Atmospheric Diving System pilot.  His final position in the US Navy was at Special Operations Command in Program Executive Officer – Maritime Systems where he served as the Chief Engineer and Program Manager for Undersea Systems Technical & Certification Program.
Now that he is retired from almost 28 years of active service to the United States, he is a consultant for the International Board of Undersea Medicine. He is pursuing his PhD in Biomedical Engineering at the University of South Florida. His research areas of interest include life support equipment, high carbon dioxide environments as well as hyperbaric and hypobaric medicine. Joseph is a member of the American Bureau of Shipping Special Committee on Building and Classing Undersea Vehicles and Hyperbaric Systems.  Joseph enjoys writing books, skydiving and has had a lifelong goal of being a civilian astronaut.
Dr. Ashok Narayanamoorthi, MBBS, MD (Aerospace Medicine), MRAeS (UK)
Scientist-Astronaut Candidate, Flight Surgeon – Dr. Ashok Narayanamoorthi is Citizen Scientist-Astronaut Candidate for project PHEnOM (Physiological, Health, Environmental Observations in Microgravity) and Scientist-Astronaut graduate of Class 1801 of project PoSSUM. He is highly skilled flight surgeon having a rich experience global inter-cultural and inter-disciplinary experience in aerospace medicine and clinical research. He obtained his medical degree from Madras Medical College under Tamil Nadu Dr. MGR. Medical University. He did his residency at Institute of Aerospace Medicine under Indian Air Force affiliated with Rajiv Gandhi University of Health Sciences. He did aerospace medicine research rotation at NASA’s Johnson Space Center affiliated with University of Texas Medical Branch and Wyle in Exploration Medical Capability Element for Moon, Mars and Near-Earth asteroid mission. He completed Southern Hemisphere Space Studies Program with International Space University and University of South Australia.
Dr. Ashok has ten plus years of clinical and research experience with special interest in space medicine, human factors, extreme environment & life support system, long duration exploration mission, space analog mission, clinical genetics, patient safety and aero-medical training of aircrew. He is a member of Indian Medical Council, Indian Society of Aerospace Medicine, Royal Aeronautical Society (UK), Drug Information Association and Austrian Space Forum. He has several professional certifications.
Dr. Ashok has published in several national and international journals. He has received several awards and academic distinctions. He is fluent in Telugu, Tamil, English and Hindi, and conversant in basic Arabic, Kannada and Malayalam. Dr. Ashok is an ardent STEAM education advocate. 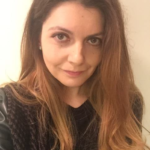 Andreea Radulescu is a Mars One 100 astronaut candidate, Citizen Scientist Astronaut Candidate, Business/Data Analyst, Enterprise Architect and a student pilot (PPL).
Andreea holds a Bachelor’s degree in Mathematics with a minor in Computer Science from Trent University, Peterborough, Canada. She pursued her Master’s Degree in Space Science at the International Space University in Strasbourg, France. During her studies, she had the opportunity to work at NASA Jet Propulsion Laboratory (JPL) in California, USA, within the Life detection and sample handling technologies department focusing on developing a low-cost and light-weight instrument used in determining and analyzing the relationship between instantaneous wind field and the ambient environment in the region of Antarctic. The project was developed with respect to the issue of global warming and more precisely it was designed to determine the role of Antarctica in the global climate system. It sought to determine typical paths of continental air that passes South Pole and obtain valuable insight into the relationship between events on Antarctica and the meteorology of sub-polar altitudes.
In 2012 she has completed the FAA approved Suborbital Scientist Astronaut Training Program at the National Aerospace Training and Research Center (NASTAR). In April 2016 Andreea has completed the POSSUM Citizen Scientist Astronaut program.
She is currently pursuing her private pilot license (PPL) and in 2015 she became one of the Mars One 100 astronaut candidates (MarsOne Project) hoping to become part of the first crew to depart and colonize Mars.
She is passionate about science, space research, aviation and innovation currently living in Toronto, Canada. 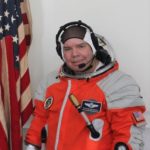 Victoria Varone was born and raised in New York City. Developing an affinity for science at an early age, her interest in space was born the moment she learned of the existence of NASA and realized that space science was a field of study she could pursue. Upon completion of her Bachelor of Science in Space Studies with American Military University, she took to the internet and began writing for Astronaut.com, where she created a popular blog series called “From SciFi to SciFact” that discussed some of the science and technologies from science fiction that have become reality today.
She then decided to up her game as a true child of the Digital Age by completing a Master Certification in Social Media. This soon led to opportunities creating content for the popular Penny4NASA campaign, the Association of Spaceflight Professionals, and more.
Victoria is a member of The Planetary Society and a founding member of The Mars Generation. She is currently working on expanding her skill set with things like SCUBA and her pilot’s license. She is also looking into grad school and is considering options for her concentration, having a special affinity for wormholes, interstellar travel, and the search for extraterrestrial intelligence.
Loading Comments...