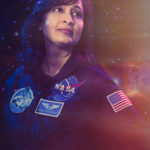 Anima Patil-Sabale is a Software and Aerospace Engineer with 19 years of engineering experience. She has worked on NASA’s Kepler Mission and in NASA’s Intelligent System’s Division most recently, after having worked in the software industry for about 14 years.

She has served as a Commander for NASA’s Human Exploration and Research Analog, HERA VII mission. She has been serving as mission support for the Hi-SEAS missions since three years.

Anima has flown 45 parabolas aboard a Falcon 20, 15 of which were in a Final Frontier Design spacesuit, to test the performance of the suit in microgravity. She has spun in a centrifuge and experienced upto 6G’s while contributing to a FAA research and has been in a head-down tilt position for a NASA simulated microgravity fluid loading study.

Anima has completed a land and open-water sea survival training, and an underwater egress and HEED training. She is a certified open-water scuba diver, and is working towards her private pilot’s license.

Anima has been a NASA Ames Speakers Bureau member, and a NASA Girls Mentor. She’s been active with the Boy Scouts of America for the past 9 years, in the roles of an Assistant Scout Master and a Den Leader. She has also been a First Lego Robotics League coach and mentor.

Anima is also a singer, dancer, choreographer, model, an artist and many things more but above all she is a mom to two handsome, naughty boys and a wife of 21 years.

Anima aspires to be a NASA astronaut and while she pursues this childhood dream, she furthers her motto to ‘Inspire, Guide and Motivate’ the younger generation, to give them the guidance she missed out on while growing up, through her social media interactions. 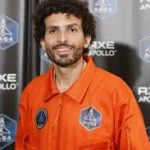 Omar Samra is an adventurer, mountaineer, entrepreneur, inspirational speaker and future astronaut. He is the first Egyptian to climb Mount Everest, the 7 Summits and ski to both the Geographic South and North Pole (The Explorer’s Grand Slam). He reached the summit of Mount Everest at 9:49 am Nepal time (roughly 7:19 am Egyptian time) on 17 May 2007.

David Attig currently resides in Huntsville Alabama, and is pursuing a Master’s degree in Aerospace Systems Engineering at the University of Alabama in Huntsville.  Originally from the small town of Wenona Illinois, David received a Bachelor’s degree in Mechanical Engineering from the University of Illinois in 2010 and stayed in Champaign Illinois for 7 more years, working for a small company in the Silicon Prairie.

David has always had an interest in space exploration.  In his spare time, he has obtained his private pilot’s license and advanced open water SCUBA certificate, as well as a license to operate small UAVs.  David enjoys flying gliders, and before he moved to Huntsville last year he was serving as club treasurer for the Illini Glider Club in Monticello Illinois.

As part of her citizen-scientist astronaut training, she was part of the first crew to test a commercial spacesuit in zero-gravity, has completed emergency spacecraft egress and sea survival training, land survival school, centrifuge studies and high altitude noctilucent cloud research. Dr. Pandya also serves as the Life Sciences Chair for the Canadian Space Society, and as Life Sciences Team Lead for the Association of Spaceflight Professionals.

Dr. Pandya is currently working towards her private pilot’s license, and holds certifications in solo skydiving, and basic, advanced, nitrox and rescue scuba diving. In her spare time, Dr. Pandya is an avid martial artist, and holds a second degree black belt in Taekwondo, and competed with Team Canada at the 2016 World Cup in Budapest, Hungary. She also                  dabbles in Muay Thai, and won her first amateur fight in Thailand in early 2017. Dr. Pandya’s research interests center​ ​on​ ​resilience​ ​and​ ​performance​ ​in​ ​extreme​ ​environments,​ ​and​ ​reproduction​ ​in​ ​long-duration​ ​spaceflight. 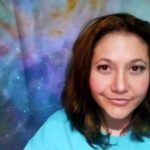 Victoria Varone was born and raised in New York City. Developing an affinity for science at an early age, her interest in space was born the moment she learned of the existence of NASA and realized that space science was a field of study she could pursue. Upon completion of her Bachelor of Science in Space Studies with American Military University, she took to the internet and began writing for Astronaut.com, where she created a popular blog series called “From SciFi to SciFact” that discussed some of the science and technologies from science fiction that have become reality today.

She then decided to up her game as a true child of the Digital Age by completing a Master Certification in Social Media. This soon led to opportunities creating content for the popular Penny4NASA campaign, the Association of Spaceflight Professionals, and more.

Victoria is a member of The Mars Society, The Planetary Society, and a founding member of The Mars Generation. She is currently working on expanding her skill set with things like SCUBA and her pilot’s license. She is also looking into grad school and is considering options for her concentration, having a special affinity for wormholes, interstellar travel, and the search for extraterrestrial intelligence. 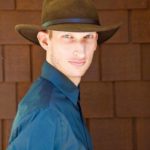 Eric Shear is currently undergoing a Research Assistantship/Master’s in Earth and Space Science at York University in Toronto. He studied mechanical engineering at Tacoma Community College and, in 2010, interned at Tethers Unlimited where he helped develop the HYDROS thruster for CubeSats. He then led an experiment on board NASA’s parabolic aircraft in 2011, investigating the behavior of water droplets on fuel-cell membranes in microgravity.

In the same year, he transferred to York to pursue a broader interest in space science. There, besides studying physics and space mission design, he used his mechanical engineering expertise to design a lightweight chassis and special joints for the university’s rover. The resulting performance advantage ensured a first-place victory at the Mars Society’s University Rover Challenge in 2012.

During his last year of undergrad, he worked with a veteran of the Curiosity Rover science team to produce a peer-reviewed paper on a balloon mission to explore the Martian northern polar cap.

In his spare time, he has developed and built a cryogenic carbon dioxide scrubber that promises to reduce astronaut life support logistics over existing chemical-based scrubbers. He has tested it three times at NASA Ames Research Center.

Eric obtained a PADI open-water scuba diving certification in 2013 and has completed six dives in Washington state and Hawaii, including a shipwreck at 100 feet. He completed aviation ground school while in high school, and plans to get a private pilot’s license in the near future. Eric is bilingual, fluent in both English and American Sign Language, and is currently learning Spanish. His hobbies include science fiction writing, video-gaming, and chess. 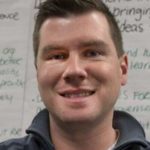 Doug Campbell is a native Canadian based out of Saskatoon, Saskatchewan.   He is currently working as a Provincial Improvement Consultant with the Saskatchewan Health Quality Council (HQC).  His work is focused on performance management and quality improvement in health care.

Prior to joining HQC, Doug worked as a Research & Development engineer at Case New Holland. He was also a research fellow in the Canadian Institute of Health Research (CIHR) – Techniques in Health Research Using Synchrotron Technology (THRUST) program, where his area of research was reducing the pain of pediatric vaccinations by improving needle design. Doug is a co-founder of Anadote Designs, a medical device design partnership that has been involved in three different and distinct inventions since its inception in 2008. 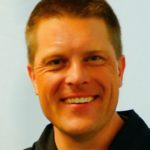 Paul Bakken is a native Minnesotan, husband of 24 years, and father of three children.

He has served his community as an elected official for over 15 years, and serves on the Board of Directors for his local electrical distribution cooperative.  Other experience includes Boy Scouting, where he achieved the rank of Eagle Scout, and service as an officer in the Minnesota Army National Guard.

Bakken is an avid science-fiction reader and tinkerer.  He has a long-standing interest in the exploration of space, and of Mars in particular.  By participating in the PHEnOM Project crew rotations at the MDRS, Bakken hopes to contribute to the body of knowledge that will one day make it possible to establish a permanent human presence on Mars.

Past experience at the MDRS includes serving as Commander of Crew 149 and Crew 155. During the PHEnOM Project crew rotations, Bakken will serve as PI for a variety of research projects.  These projects include an investigation of EVA construction materials and techniques, a follow up field trial of an ozone laundering system, field testing of a prototype Sim Suit design, and a test of a laser based communication system.