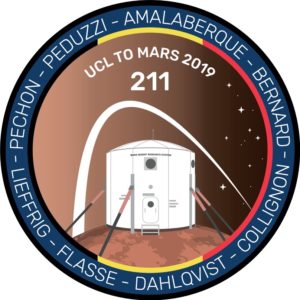 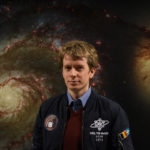 Carl-Henrik Dahlqvist holds a Master degree in Business Engineering from the Université catho- lique de Louvain (LSM). After having worked for two years for SWIFT as a financial analyst, he decided to go back to university to pursue a PhD in Finance in co-supervision between the Uni- versité catholique de Louvain (LFIN) and the Université de Namur (CeReFiM) where he was also a teaching assistant in Finance.

His areas of expertise are at the crossroads of Econophysics, Network Theory, Complex Systems and Financial Econometrics. Along his PhD in Econophysics, he started a two years preparatory program for the MSc in Particle Physics and Cosmology at the Université catholique de Louvain. He completed this MSc in Particle Physics and Cosmology in June 2018, being awarded the Prix Pierre Macq for his master thesis. 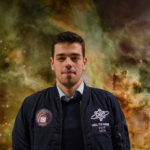 Asan electricalengineer student,Simon Collignon willserve the role of CrewExecutive Officerfor the 2019 UCLto Mars team. Currently finishing his bachelor’s degree atthe Université Catholique de Louvain, he has a strong interest in space exploration which led him to enroll in the UCL to Mars program and to conduct an experiment related to geolocation system on Mars. He is also involved in other extra academic activities like the junior enterprise of the UCL : LSM Conseil.

Chloé Peduzzi is a 20-year-old bioengineering student. Currently starting her master’s degree at the Université catholique de Louvain (UCLouvain, Belgium), she specializes in the agri-food sector. During Bachelor program, she developed teamwork skills as well as practical laboratory skills in different sectors relative to agronomy. In 2017, she carried out a training period in a seed production, which allowed her to get familiar with crop management, seed production and seed testing. Her formation taught her scientific thoroughness, critical mind and scientific curiosity. She will assume the role of GreenHab Officer of the team UCL to Mars 2019.

Eléonore Lieffrig is a 20 year-old physics student currently following the last year of her bache- lor’s degree. She is planning to pursue her studies with a master’s degree in medical physics or astrophysics, in order to study topics such as proton therapy or effects of the cosmic radiations on the human body. Passionnate by sciences, she enjoys taking part in new projetcs and is also involved in a student project that helps other students who are struggling with their physics courses. 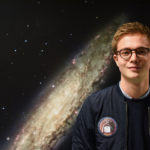 Nathan Pechon has been selected as the crew journalist of UCL to Mars 2019’s team. Currently following a Master’s degree in Law at the Université Catholique de Louvain, he has a strong in- terest in constitutional law. Since childhood, he has been passionate about space. He has done several internships related to astronomy. He is also involved in many extra academic activities like ELSA (The European Law Students’ Association). 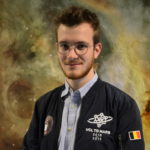 Benjamin Flasse is a 20 years old Biomedical Sciences Student at the Université Catholique de Louvain, and will assume the role of Health and Safety Officer of the MDRS crew. During Bache- lor program, he had the opportunity to participate and lead numerous experiences and research projects; he also made an internship in the Institute of Neurosciences at the Université Catho- lique de Louvain.

This multidisciplinary program allowed him to develop a strong scientific mind,to work with rigour and organisation and taught him to work with a team. Moreover, it enables him to understand and communicate easily with each member of the crew.

As he has a passion for neurosciences, he is determined to bring to a successful conclusion his sleep analysis. 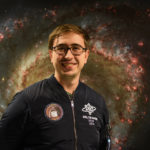 Currently finishing his master’s degree in Computer Science at the Louvain School of Engineering, Julien Amalaberque proposed experiments on the automation of drones which is also the topicofhismasterthesisforwhichhecreatespositioningsystemsforthe InstituteofMechanics, Materials and Civil Engineering.

Assigned to the role of Crew Engineer, his tasks will include day-to-day maintenance of the station, checking the levels of water/fuel tanks and ensuring everything stays functional. 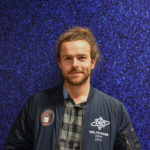 Maxime Bernard will assume the role of Scientist of the MDRS crew. In 2012, he started physics studies at Université de Mons, Belgium. He then spent a year travelling through New Zealand and Australia before deciding to continue his cursus at Université catholique de Louvain (Belgium), where he chose the field of medical physics.

Now in his first year of the Master degree, it is his great interest for space exploration that led him to be part of this mission.