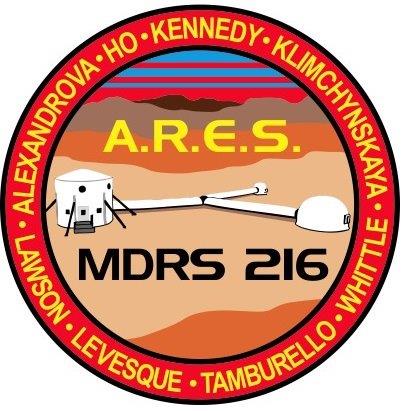 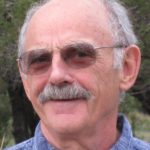 Marc is an Incident Commander with New Mexico State Police Search and Rescue, managing missions to rescue lost, injured, and stranded individuals.  He is also a certified Wilderness First Responder and a licensed amateur radio operator.  His previous space-analog experience involved working for the US Antarctic Research Program during the 1980s.  His first assignment was at the South Pole Station, where he spent a year as a winter-over crew member coordinating logistics.  He later managed the Berg Field Center at McMurdo Station, providing science support for two austral summer seasons.  After moving to New Mexico in 2005, he became involved in search and rescue and also served as a Battalion Chief, EMS First Responder, and wildland/structure firefighter for a volunteer fire department.  Prior to retirement in 2011, Marc was a self-employed professional in geographic information systems (GIS), working on local, state, and federal projects.  A lifelong learner, educator, and trainer, he is currently an adjunct faculty member at Western New Mexico University, and in addition to an array of professional training courses, holds BA and MS degrees in the education field. 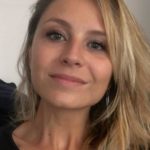 Evgenia is a Russian documentary and fiction film maker who has been living in Paris for 10 years.  She initially completed an advanced master degree in international business before deciding to study cinematography at the prestigious La Fémis film and television school. Along with her desire to become an artist, she also enjoys working manually with cameras, lights, and grip.  Since graduating in 2016, she has worked as a cinematographer on short and feature films, both documentary and fiction, and also as a director.  For her final project at La Fémis, she filmed in Svalbard, an inhabited Norwegian island located above the Arctic Circle, where her love for space and poetical documentaries was born.  She is currently developing a short fiction film about an astrophysicist working at a northern observatory to record gravitational waves. 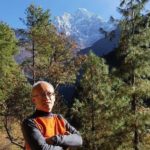 Michael is secondary school physics teacher from Singapore. In 1987 he graduated with a BS in Mechanical and Production Engineering and later worked for Hitachi Cable for 10 years.  He went on the complete a MS in Science Communication in 2013.  Being born and raised in the city, he enjoys the wide open spaces of the plains, mountains, and skies, and has traveled to Nepal several times.  In the role of Crew Educator, he plans to develop materials to spread awareness of humanity’s space race to Mars and the MDRS program for presentations at schools and at the Singapore Science Centre. 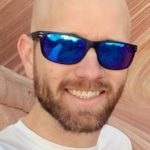 Andrew was born in northern Utah and completed his undergraduate degree in kinesthesiology at Brigham Young University.  He served a two year mission for the Mormon Church in Buenos Aires, Argentina and later obtained his D.D.S. at Stony Brook University on Long Island New York.  After graduating, he has been working in rural Utah at a community health center as the Dental Director, overseeing three facilities in remote south central Utah, and currently lives in Torrey, Utah.  Andrew has a great love of science and space and dreams of becoming the first dentist colonist on Mars. 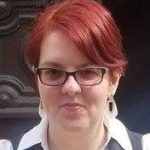 Anastasia received her PhD in Comparative Literature from the University of Pennsylvania, where she focused on the emergence of science fiction in the nineteenth century as the literary representation of a technoscientific and cultural paradigm shift.  More broadly, she’s interested examining how our fictions shape the innovation, use, and understanding of technoscientific advancements, and, in turn, how these advancements shape the very form of the stories we tell.  She is currently a postdoctoral researcher at the Stevanovich Institute at the University of Chicago and is particularly interested in communicating to the public the way that science and technology exist within and shape our existence. 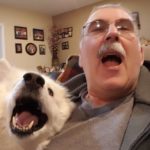 Mike is a real estate appraiser and engineering technician in private practice.  He is a retired Regular Army officer (Corps of Engineers) with a variety of command and staff assignments world-wide, and a currently serving member of the Virginia Defense Force.  A life-long amateur astronomer, Mike took his first collegiate astronomy course at the age of 15 and has trained on an optical Zeiss planetarium.  He is an active supporter of astronomy-related distributive computing projects at various universities that include the SETI project, the search for gravity waves, 3-D mapping of our galaxy, and 3-D modeling of asteroids. He also recently attended the University of Virginia’s graduate astronomy program as a Community Scholar in the radio astronomy program.  Mike holds AS, BS, MA, and EPD degrees in a diverse array of fields (political science, human resources training and development and engineering disaster management).  His specialized military training has included a variety of advanced level courses, and he is a graduate of the Combined Arms Staff and Service School, the Command and Staff College, and the Air War College. 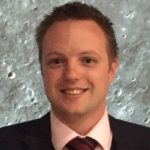 Rich is a PhD Student in Aerospace Engineering (Bioastronautics and Human Performance) at Texas A&M University, where his primary research focuses on modeling human physiology in altered gravity environments.  He is also a Captain in the British Army Corps of Royal Engineers and was previously an officer in The Parachute Regiment.  In his military career he worked and led teams in a number of roles across four continents, including service in Afghanistan in 2011-2012.  He is a graduate of the University of Cambridge, Cranfield University, the International Space University, and the Royal Military Academy Sandhurst.