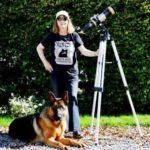 I live in rural west Wales, UK and I work part-time as a freelance book editor and researcher, which involves my doing a lot of the science and other research for a well-known fiction author. My main passion in life is astronomy, and I have a degree in the subject. Other interests include music (I play piano and mandolin) and a lifelong devotion to martial arts, which nowadays finds its expression through Tai Chi sword fighting. That’s handy for when you’re out alone at night watching the sky through your telescope, and the zombies come . .

Within the scope of astronomy, one of my key areas of interest has been solar science. Housed in my private observatory are a pair of solar scopes, which I use in my capacity as a solar data gatherer for SILSO. I also help collate data for a solar physicist working here in the UK. I’m additionally a New Millennium Committee member of the Planetary Society, as well as a member of the Astrobiology Society of Great Britain. I am also an active astro-photographer and was an entrant in the 2016 Astronomy Photography of the Year Competition – sadly, I didn’t get anywhere, but will keep trying! 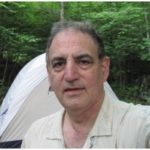 I’m a semi-retired IT professional with thirty years’ applications programming experience. My educational background includes degrees in history, psychology and computer networking. I’m an amateur radio operator, active in Amateur Radio Emergency Service (ARES Connecticut Section, Net Control Operator) and the National Weather Service SKYWARN severe weather spotting program (Coordinator, Windham County Connecticut). I’ve communicated with ISS and Juno spacecraft via amateur radio. Other interests include music (percussion and electronic instruments), electronics and the outdoors (hiking and camping). I live in a small house on a lake in rural Connecticut. Grew up with Mercury, Gemini and Apollo. In addition to CapCom responsibilities, I’m also MDRS IT Coordinator, contributing to Hab networking, robotic observatory and autoponics projects. I’m glad to be part of this team, helping to advance the knowledge base for the epic journey to Mars. 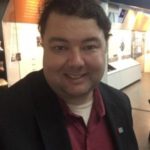 James built the current version of our MDRS website and has been our webmaster since 2011.  He is responsible for putting our crew reports online and ensures they are archived well for researchers and partners.  A former Microsoft technical project manager, James leads the Mars Society’s Internet Task Force, MarsVR Program, and Marspedia online encyclopedia.   He is a Senior Manager with Artic Consulting and lives in Seattle, WA with his wife and two daughters. 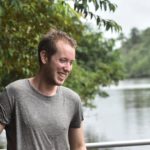 Sylvain, 26,  holds a MSc. in Engineering in Industrial Risk Management and works from French Guiana as a freelance aerospace consultant helping rocket and satellite startups to bring life to their products.
His work is not only to develop avionics systems and programs but also popularizing his passion for Space and Sciences toward students during high school conferences.

On his free time, he is currently building two micro-satellites and assisting several student groups building their own, in addition to preparing is amateur radio license. Sylvain is also a former MarsOne candidate.

Graeme Frear has a B.A. in Information Systems Management, currently working as a DevOps / Infrastructure Engineer. Born in New Zealand amidst all the excitement of the Apollo program, he fully expected to be walking on the moon by the year 2000.  OK, so that didn’t quite work out, but he’s still dead keen on exploring and settling on a new World, Mars! 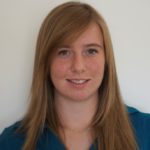 Johanna has B. Eng in Aerospace Engineering and is currently working towards an MSc in Mechanical Engineering. She is focusing her research in autonomous robot navigation and will be basing her thesis in simultaneous localization and mapping (SLAM). Although she currently works in Infrastructure and Transportation as an engineer, she wants to eventually wants to move into the Air and Space sector. In her free time, Johanna enjoys playing soccer, lacrosse and strategy games. She currently lives in Canada, but hopes to travel or work abroad once she has completed her MSc. 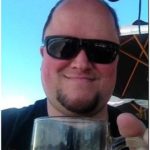 Teacher and Educator of Science and Mathematics both in classroom and distance education. A background in Astronomy and Physics with an interest in Space Biology and Technology. Lives in Wellington, New Zealand and was part of Crew 118 in 2012.

If you are interested in volunteering as part of our CapCOM team, please visit this link to apply.