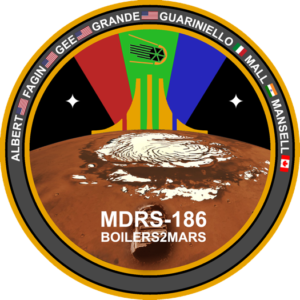 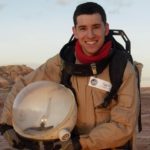 Max graduated from Purdue in 2015 with a masters in aeronautical and astronautical engineering, completing a thesis at the Rapid Design of Systems Laboratory on the design of supersonic retropropulsion systems for Mars entry descent and landing. He previously completed a BA with a double major in physics and astronomy from Vassar College and a BE in mechanical engineering from Dartmouth College, where he conducted research with the Lynch Rocket Lab, designing high altitude balloon payloads to investigate upper atmospheric gravity waves and to aid in supernova measurements for Dark Energy surveys. He has previously worked for NASA and SpaceX, and currently works for Made In Space designing hardware for on-orbit manufacturing. He enjoys flying, hiking and skiing, and was previously the EVA engineer for MDRS Crew 99 in 2011. 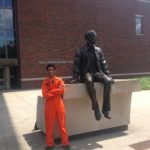 Kshitij Mall is a Ph.D. candidate at Rapid Design of Systems Laboratory, School of Aeronautics & Astronautics, Purdue University, West Lafayette, IN, USA. working in the areas of Optimal Control Theory and Atmospheric Flight Mechanics. He is the founder and president of the Mars Society Purdue Chapter, the executive officer of Purdue’s Mars Desert Research Station team, and a student intern at Mars Academy USA. He received his master’s degree in Aerospace Engineering at Purdue University in 2013 and his B.Tech. in Mechanical Engineering in India in 2010. In between his bachelor’s and master’s degrees he worked as a Computer Systems Engineer at Infosys Technologies Ltd. in India. He is working on trajectory optimization for entry, descent, and landing of human-class Mars missions. He has worked on a Japanese-Vietnamese satellite, MicroDragon, and has been a part of a NASA MSFC project on developing system-of-systems evaluation architecture for human-class Mars missions. He has been the founder and president of many other aerospace and non-aerospace organizations in the past. He is a student pilot with 70 hours of flying experience on five different aircrafts and has rich interest in sports. He also happens to be a writer of a fiction novel and has been a contributor to an aerospace book on optimal control theory and applications. 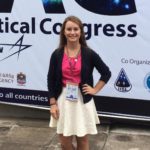 Melanie is currently a senior in Aerospace Engineering at Purdue University. She
has also studied at the Technical University of Braunschweig, Germany, and
works in systems engineering for space mission analysis at NASA Langley
Research Center. She is passionate about enabling future Mars missions and
developing the technology to make this possible, including space propulsion
systems as well as the use of virtual reality (VR) to improve crew autonomy. In
her free time, she likes to read, climb, and travel. 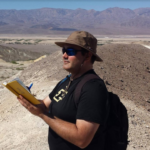 Cesare is a Research Associate in the School of Aeronautics and Astronautics in Purdue University He holds two Master degrees, in Robotics and Astronautical Engineering, from the University of Rome “La Sapienza”, and a PhD in Aeronautics and Astronautics from Purdue University. His research ranges from System-of-Systems design and architecture to space applications, cybersecurity, and defense and includes projects with NASA, the US DoD, the US Navy, and MITRE corporation. Cesare recently expanded his research in the field of Earth Sciences, where he is pursuing a Master degree in Planetary Geology. Cesare is an active member of the alpha chapter of the honor society of aerospace engineering, Sigma Gamma Tau, the American Institute of Aeronautics and Astronautics (AIAA), the Institute of Electrical and Electronics Engineers (IEEE), and the American Astronautical Society (AAS). In 2016, he was presented with the Leadership Award for his effort and service to the Purdue University INCOSE Student Division. Also in 2016, CERIAS awarded Cesare with the prestigious Diamond Award for outstanding academic achievements. He authored several journal and conference papers, and served as peer reviewer for multiple top rated journals. Outside academia, Cesare enjoys a wide variety of activities. He is member of the Mensa Club, the Mars society, the Planetary Society and – after obtaining all three levels of amateur radio license from the Federal Communication Commission – the American Radio Relay League (ARRL). As a fencer, he represented Purdue university in various collegiate tournaments, in quality of member and captain of the men’s foil team. In 2014 he obtained his first scuba diving certification, and in 2016 he obtained his Private Pilot License from the Federal Aviation Administration. 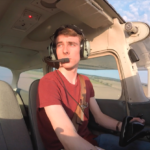 Justin is a Master’s student at the Purdue School of Aeronautics and Astronautics.
His research with the Rapid Design of Systems Laboratory focuses on combining
innovative artificial intelligence algorithms with traditional methods of trajectory
optimization. Applications include guided spacecraft entry, aerocapture, and
defense systems such as the DARPA Falcon Project. Justin has also taken part in
several conceptual spacecraft design studies and recently led the design of a multi-
spacecraft mission concept to explore Saturn and Uranus. The work was presented
to the NASA Outer Planets Assessment Group (OPAG) and published in Advances in
Space Research. Prior to coming to Purdue, Justin studied physics and astronomy in his hometown of Calgary, Canada. His undergraduate research ranged from airglow imaging with Canada’s CASSIOPE satellite to building, testing, and deploying antennas to study Earth’s radiation belts. He designed and tested radio and radiation instruments that flew on the 2015 NASA High Altitude Student Platform (HASP) and was awarded the Venkatesan Silver Medallion for outstanding academic achievement. Outside of academics Justin holds an Industry Canada amateur radio license in addition to both Transport Canada and FAA Private Pilot Licenses. He is an avid hiker and snowboarder. His ultimate goal is to become an astronaut, but his enthusiasm for science and engineering extends to many different fields. After completing his Master’s degree in Spring 2017 he plans to continue his studies at Purdue to the Ph.D. level. 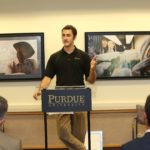 Mark Gee is an undergraduate at Purdue studying for a triple major in biological engineering, biochemistry, and plant breeding. He enjoys studying plants at the molecular level and hopes to adapt plants to grow on other planets. 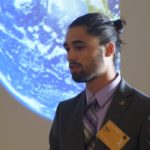 Sam Albert is currently studying Aeronautical & Astronautical Engineering at Purdue University, and is also pursuing minors in Computer Science and Global Engineering Studies. At Purdue, Sam has pursued opportunities ranging from study abroad to faculty-led research. Last year Sam served as the National Representative for the Purdue Students for the Exploration and Development of Space (SEDS) chapter, and is now the Chair of the Council of Chapters for SEDS USA, where he coordinates the more than 50 chapters nationwide. Sam is also an inducted member of Sigma Gamma Tau, an ambassador for the Global Engineering Program, and the Vice-Chair of the Purdue Student Publishing Foundation.

James Nolan is a M.S. candidate in Dr. Jenna Rickus’s Lab, Department of Agricultural and Biological Engineering, Purdue University. He researches electrochemical and optical sensors and their application to neural and cancer physiology. His B.S. in Biological Engineering is also from Purdue University. In his free time, James organizes the Lafayette, IN English-Spanish Conversation Exchange Meetup.