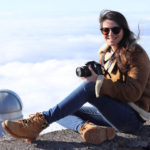 Mariona hails from Barcelona, Spain. She received a B.Sc. in Astrophysics at Yale University and earned a M.Sc. in High Energy, Astrophysics, and Cosmology from the Autonomous University of Barcelona and the Institute of Space Studies in Spain. After graduation, she worked as a R&D Space engineer at GTD Software and Systems, where she contributed to the design of a new and innovative space launch system for the European Commission (ALTAIR). This Fall 2019, Mariona will begin a Ph.D. in Planetary Sciences at MIT, where she hopes to delve deeper into her passion for exoplanets (i.e. planets orbiting a star different than our Sun). When not observing the night sky, she can be found piloting small planes, cooking, or listening to jazz and blues. 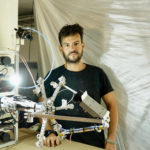 Vittorio is a Space Architect from Italy. He received a B.Sc. in Architectural Science and a M.Arch. in Architectural Design from the IUAV of Venice. He is currently involved in a Double Master’s degree in Space Architecture and Aerospace Engineering in Houston, TX and he works as CEO at Coompany s.r.l.s, a tech Start-up. He worked in an Aerospace Engineering Research Group in Padova, thanks to which he collaborated with ESA, DLR and SNSB to develop a deployable antenna for orbital and suborbital applications, tested in stratosphere. His research field can be identified in the development of orbital and deep Space Habitats, with a focus on Deployable and Inflatable structures. Sailing Skipper since 2003, with more than 30.000 nautical miles, drone pilot, radio operator and Scuba diver, he is also member of SATC (Space Architecture Technical Committee), SGAC (Space Generation Advisory Council) and OeWF (Austrian Space Forum). 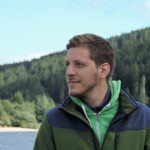 Paolo is a Space Systems Engineer from Italy. He obtained two Master’s degrees, in Aerospace Engineering and Space Exploration Systems, from Politecnico di Torino. He had several international experiences related to space systems and mission architectures at NASA JPL, Altec, ISAE SUPAERO and the University of Leicester, and participated in international competitions, workshops and training courses. Between his Masters, he worked for one year as a technologist and prototyper for a small consulting company in Milan. While cultivating his passion for space, innovation and technology, Paolo enjoys writing stories, travelling and playing piano and guitar. 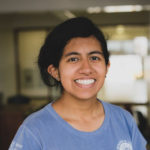 Marlen obtained her BSc. in Biology at Cayetano Heredia University. Currently, she is working in microbial ecology, with a special interest in microbial evolution, metagenomics and bioinformatics tools. Marlen is general secretary of the Peruvian Society for Astrobiology. Science divulgation is one of her main interests in the organization. In her spare time, Marlen entertains herself with videogames, theories about them, history, literature and a bit of fooling around. 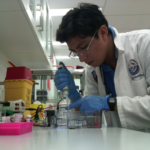 Héctor is a Mexican research student in Biochemical Engineering from the Tecnológico Nacional de México/ITTG, specializing in microbiology, molecular biology, and biotechnology of extremophiles. For his Master’s degree thesis, he worked on bacterial communities from the exclusion zones of Chernobyl and Fukushima Nuclear Power Plants. In his Bachelor degree thesis, he performed and optimized methods for extracting microbial DNA from volcanic sediments. During his scientific and academic formation, he has been involved in research projects relating to the plant-bacteria symbiotic relation and the development of bio-fertilizers. He has carried his projects into Astrobiology and due to his experience in plant biotechnology and his interest in space sciences, he is currently working on Space Farming. 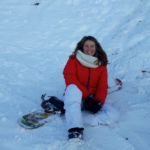 Zoe is a British Mechanical Engineer currently working at CERN within the Magnets, Superconductors and Cryostats group. Her role at CERN predominantly revolves around the upgrades of the LHC; working on the anti-cryostat of the Hi-Lumi upgrade and the dipole/cryostat integration for the new Future Circular Collider (FCC). She graduated with a Masters in Aerospace Engineering Design from the University West of England where she was heavily involved with the Human Powered Aircraft project a collaboration with Airbus. Her main role for the project was overseeing the design and manufacturing process of the ribs and assisting with outreach in local schools. 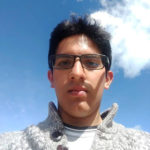 Camilo is a mechanical engineer from Universidad Nacional de Colombia and he is a mechatronics engineering student in the same university. Also, he was a speaker at Cordoba, Argentina at the 9th Argentine Congress of Space Technology. Furthermore, his work is focused in the development of Space Suit Simulators and CFD analysis in the same field and he was designer of the Condor Space Suit Simulator, the first space suit simulator developed in Colombia. Also, He was member in the 4th Space Generation Workshop in the logistic team.