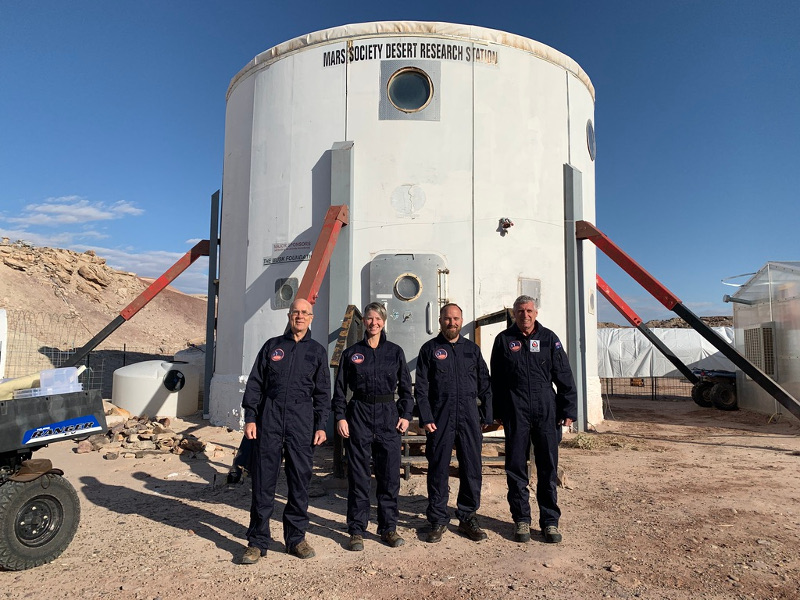 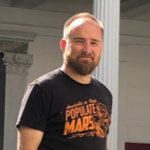 Guy first visited the MDRS in 2003 as part of Expedition One. His long-standing interest in Mars was initially fired by reading science fiction, and the Mars Pathfinder landing in 1998. He was a co-founder of the Mars Society Australia in 1998. He was its founding President from 2001 until 2005, and has been a society director ever since. Guy has also participated in scientific expeditions to Mars-like environments in outback South Australia and spoken at Mars conferences in Australia, Europe and North America. His interests in Australian history and Mars share the themes of frontier exploration and human settlement. Guy has also coauthored a number of papers examining the heritage management of space artefacts. He is the author of Mars: A Survival Guide, published by Harper Collins Australia (2010).

As an exploration geologist since the early 1980s, a considerable amount of time has been spent in large and small exploration camps in regional and remote locations, including deserts. A lifelong interest in astrogeology received a major boost with the personal visit in 1987 to our exploration office in Perth by Gene and Carolyn Shoemaker in their quest for ‘unusual circular features’ that might be associated with asteroid impacts. Aware of the Mars Society since it’s inception, the late 1990s coincided with a surge in remotely sensed data being returned from Mars. Introductions to Planetary Scientists followed and turned the lifelong interest into real research opportunites examining Martian dune systems and, of late, Martian gully formation.

Dianne McGrath is a doctoral student at RMIT University, Melbourne; and the Director of the business and sustainability consultancy, Food For Thought Consulting Australia. Her PhD in Environmental Engineering looks at food waste from a systems perspective. During Expedition Boomerang, Dianne will be conducting a food waste study assessing food nutrient flow and waste. These data will be valuable to understand potential limitations of a closed-loop food system for maintaining human health and food production on Mars.

Sandy started life as a mathematics student at Monash University in the late 1960s, and after graduating and bumming around Asia for a few years,  the need for actual work led him to IT contracting.  After several years of this,  a misguided attempt to upgrade his IT skills led him to inadvertently obtain a PhD in artificial intelligence from Melbourne University.  Oddly enough,  this led to a permanent job in the research section (CAWCR) of the Bureau of Meteorology,  from which he recently retired.  In the meantime,  an abiding interest in astronomy and space travel got him into the Mars Society, where he was involved in organising Robert Zubrin’s first (being an optimist) lecture tour in Melbourne,  and subsequently the first AMEC conference in the same city.  He later helped set up the first MSA website, and since then has remained an enthusiastic if inactive member of MSA.