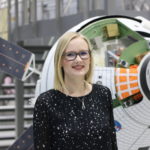 Maria grew up in Hanover, Germany and graduated with an M.S. in Aerospace Engineering in 2016 from the Technical University of Munich, Germany.

She spent one semester at ISAE SUPAERO, in France and wrote her master’s thesis at the Florida Institute of Technology in the USA. She has been involved during her studies in a student working group for rocket science working on the mechanical design of a 1U CubeSat. As a team leader, she developed a sounding rocket experiment that flew in 2015 on REXUS 18 from Kiruna, Sweden. Maria participated in several space mission design competitions and workshops such as the Space Station Design Workshop and RASC-AL from NASA. She won the DLR standout student scholarship in 2015.

After her studies, she was working two years for the European Space Agency (ESA) in ESTEC in the Netherlands as a Young Graduate Trainee (YGT). She was working one year in the office of the Inspector General for independent assessments and project reviews where she gained insight about the review process and tender evaluation boards at ESA. In her second year, she joined the Guidance, Navigation and Control (GNC) section where she earned experience as a technical officer for an activity about neural networks from the University of Bucharest together with GMV Romania and worked on a human mission to Mars where her focus was on trajectory optimization for entry, descent, and landing. In her time at ESA she became a core member of YoungESA, a network for young staff at ESA and organized several events for its members, and a co-founder of the Young Professional Advisory Group (YPAG), who is organizing workshops, talks and participate in working groups at ESA for their YGTs and trainees.

Currently, she is working at the Microgravity User Support Center (MUSC) at the German Aerospace Center (DLR) in Cologne, Germany as an ISS payload operations engineer for the BIOLAB rack inside the European Columbus module and the MSL facility inside the US Lab Destiny. Part of her work is to support new biological experiments from the operations point of view and to be on a console as part of the Flight Control team for maintenance and experiment operations of BIOLAB.

Besides her job, Maria engages herself in the Space Generation Advisory Council (SGAC) as her passion is space and SGAC connects space people around the World and shows the way to overcome borders. She is acting as the scholarship coordinator since February 2018 and leads there the scholarship team with three members who are responsible for over 80 scholarships throughout the year. 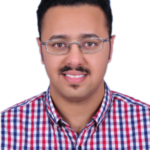 Ghanim is the founder of Era’s Challenge Company. The newly founded Kuwaiti based company aims to send payloads from Kuwait to the lunar surface starting from 2019. The first payload is going to be the passive payload for the pride of the country, while later payloads will have research and development objectives in the field of photovoltaics. The company also plans to organize a space outreach campaign in the country. As part-time jobs, Ghanim is supporting research about perovskite solar cells at Kuwait University and works as a physics teacher. The research is about investigating ferroelectric behaviors in perovskite solar cells. In addition, Ghanim is the Middle East Regional Coordinator of the Space Generation Advisory Council (SGAC). As a member of SGAC, Ghanim is the event manager for the Space Generation Moon Village (SGMV). The aim of SGMV is to identify commercial, engineering and scientific opportunities for developing and non-space faring countries to contribute to the Moon Village.

Ghanim has a truly multidisciplinary background. He worked in the oil industry for 6 years as a Well Surveillance Engineer. His work involved surface well testing and slackline operations. As he resigned in 2015, Ghanim did his master thesis in Fraunhofer ISE in the field of photovoltaics. The thesis was about optimizing a solar simulator to measure up to six junctions’ solar cells with larger areas. Ghanim was an active space enthusiast since he was an undergrad. He was involved in many activities related to establishing a space program in Kuwait. For example, Ghanim was the event manager of Space Generation [Kuwait]. This event aims to encourage the youth to reflect their ideas about establishing a space program in Kuwait. Ghanim performed an initial plan to launch a CubeSat with capacity building as a primary goal for the mission. This proposed plan was submitted under the umbrella of Kuwait University to obtain funds for the project. Besides space activities, Ghanim also has an interest in astronomy. With his 12” Schmidt Cassegrain telescope, Ghanim perform a research project titled “Observing and Measuring Visual Double Stars”. 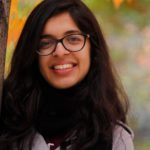 Hemani is from Toronto, Canada and recently graduated from Princeton University, New Jersey in 2019 with a Bachelor’s degree in Aerospace Engineering. She is currently pursuing a Master’s degree in the Planetary Volatiles Lab at York University, Toronto in Earth and Space Science. Her research involves investigating the fast destruction mechanism of Methane on Mars. This research is complemented by her role as a Student Collaborator on the Mars Science Laboratory science operations mission team.

Hemani is passionate about mission design and hopes to one-day design missions to investigate the Martian subsurface at JPL by combining her interests in Geobiology, Space Engineering, and Robotics. Before working on the Curiosity rover, Hemani’s senior thesis focused on testing the detection limits of SHERLOC, an instrument set to launch on the upcoming Mars 2020 Rover. She has also interned at the European Space Agency, analyzing results from the Van Allen probes 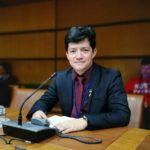 Luis D. Monge is an Electromechanics Engineer, holds a Master’s degree in Technology Innovation Management from Costa Rica National University where he worked on a thesis on space technology-based start-ups. Luis worked as a Project Administrator and Speaker for Irazú the first Central American Satellite successfully deployed form the International Space Station (ISS) in May 2018. Currently, Luis is part of the team in charge of Morazán a project for Central American integration through collaboration in space, the team that seeks to launch the first Honduras Nano-Satellite, in a joint effort by universities and institutions of the region. Luis has presented his research in several editions of the International Astronautical Congress (IAC) and has participated as an expert in several meetings and workshops organized by the United Nations Office for Outer Space Affairs (UNOOSA) and is currently a student of Natural Resources Management at the Costa Rica National State Distance University (UNED). 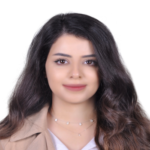 Rawan is a Medical Doctor, she obtained her BSc, MD degree from AGU, Bahrain. she works as a Surgical Resident in Mubarak AlKabeer Hospital, Kuwait. Dr. Rawan has been involved with the Space Generation Advisory Council (SGAC), she is the Middle East Regional Partnerships Manager. Dr. Rawan is also an active member of the Outer Space Team (OST), Kuwait. She participated in the development of the first Kuwaiti Cubesat project. She is also a member of Moon Village Association (MVA) and has been in several space-related projects and workshops which aim in the development of the space market in Kuwait. Dr. Rawan is also an activist with AMNESTY International Organization and a public speaker at KAFO Governmental Organization. 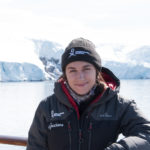 Jessica grew up in the coastal city of Wollongong, Australia, with a lifelong fascination for science and space. She attended the University of Sydney, graduating with First Class Honours in a Bachelor of Aeronautical Space Engineering and a Bachelor of Science, majoring in Physics and minoring in Biology. While pursuing her undergraduate degree, Jessica completed an internship at the Australian Astronomical Observatory developing data pipelines for characterizing galactic structures, and an internship at the Space Environment Research Centre working on the detection of space debris. Jess also spent a semester abroad at the Royal Institute of Technology (KTH) in Sweden and volunteered at the Historical Aircraft Restoration Museum, maintaining and restoring vintage aircraft.

Jessica is currently pursuing her Ph.D. at the Massachusetts Institute of Technology (MIT), conducting research into perception and navigation for deep-sea field robotics in collaboration with the Woods Hole Oceanographic Institute, with hopes to apply the technology to ocean world exploration. She completed her Master of Science at MIT in Human-Robotic Interaction, developing an augmented reality interface for human teleoperations on orbit.

Jessica is an alumna of the International Space University’s Southern Hemisphere Space Studies Program and has been heavily involved with the Space Generation Advisory Council (SGAC) for the past 8 years, as part of the organizing committee for the annual Space Generation Congress and Space Generation Fusion Forum events, a PR and Communications Coordinator and most recently a member of the SGAC Strategic Partnerships Team. In addition to her work in space, Jessica is a passionate environmentalist and recently returned from the largest all-women expedition to Antarctica as part of the Homeward Bound project, a global initiative focused on equipping STEM women with the leadership skills required to build a sustainable future for our planet.