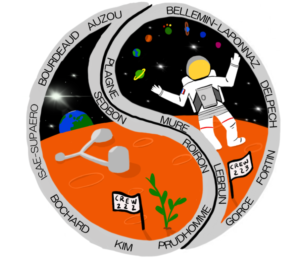 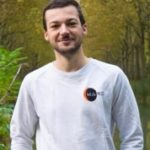 Now a 22-year-old student, I grew up with a great interest for science as a whole and a passion for sharing this knowledge. I was able to continue this path during my undergraduate studies, but also as I took part in different mission aiming at popularizing science for a general audience. Now in gap year at ISAE-SUPAERO, I’m currently working at a start-up in spatial mechanics, especially dealing with propulsion problems for small satellites. I chose to continue the MDRS adventure as a member of the crew 222 in the light of my experience with the crew 206 last year in February 2019. I pay a very careful attention to the scientific success of the experiences and to the good process of the mission in terms of human interaction, as it is my role as a commander. I will take heart in making sure that the mission will be a success both technically and psychologically for each one of us, as for each person who supports us in this adventure. 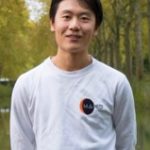 Born in Japan, my first contact with space was in the national observatory near my home, where I could gaze at the awe-inspiring planet Saturn. Between science popularization and the Meade telescope at home, space and manned flight have since fascinated me. Living for a year in Strasbourg had convinced me enough to attend the Tokyo international French school. After two years of intense preparatory courses at Versailles, my passion met with relief ISAE-SUPAERO in Toulouse, the European capital of aerospace. Today, while flying for my private pilot license, I want to contribute in my way to a giant leap of space exploration through my crew membership as an astronomer. Besides stargazing, I will be in charge of monitoring solar activities which could be a threat in a real Martian mission. 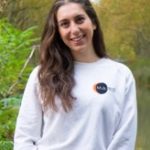 At the end of the Classes Preparatoires at Louis le Grand (Paris), I integrated ISAE-SUPAERO. I discovered there the aerospace world which happened to be full of opportunities to discover and refine what we already know about Science. I run many projects at school and with the Club Mars I participate to the MDRS in 2020. As a member of the crew, I wonder what is at stake with humans going into space and elsewhere than Earth in general. Indeed, Science in a new environment has to be rethought and reshaped. Beside being a unique human life experience, the MDRS mission has a scientific impact which will help me to get involved in the future spatial researches. 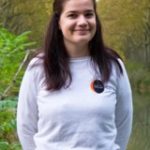 Hailing from Orleans’ countryside, my interest for the aerospace domain came quite late, but it is now a fascination of mine, which led me to choose ISAE-Supaero as my engineering school after my two years of preparatory class in Paris. Very interested by the study of human behaviour in different contexts, I enrolled into the M.A.R.S. club at my arrival, and I was immediately interested by this project which consists of living as an Astronaut during a 2 week mission. Apart from this club I am also an active member of clubs promoting gender equality and ecology which allow me to defend my personal convictions. After having constructed a project of a vegetable garden on campus, I quite naturally chose the role of mission botanist. 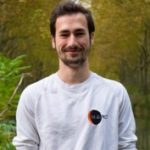 Born and raised in the Yvelines next to Paris, I integrated ISAE-SUPAERO to pursue my passion for space. After beginning skydiving, I wanted to be invested in the Club Mars. Being able to participate in this type of mission in the MDRS brings me closer to my dream by living, during these two weeks, in the shoes of an astronaut. This simulation aims to reproduce as faithfully as possible the living conditions of future marsonauts on the red planet. I will be the crew engineer, in charge of ensuring everything in the station functions properly. I am very excited to contribute to the future martian missions and participate, in my own way, to the first step of mankind on Mars. 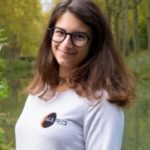 After a bachelor in mechanics at the University Pierre et Marie Curie in Paris, I integrated ISAE-SUPAERO, a French aeronautics engineering school specialized partly in space exploration. I have always found this domain interesting, especially after meeting astronauts when I was in primary school! Between sports and artistic activities, such as skydiving and improvisation, I learned about the MDRS missions through the M.A.R.S Club. Determined to participate in the future colonisation of Mars, I am now part of the crew 222. During the mission I will be the crew journalist, responsible for the redaction of daily reports of the mission, the only communication between the crew and the outside world. 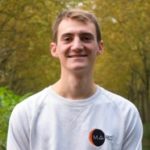 Born in Limousin, I have been interested in space since a really young age, with this secret dream of one day becoming an astronaut. I studied for three years in Classes préparatoires, to finally get into the one school giving me the opportunity to get closer to this dream: ISAE-SUPAERO. The possibility to take part in such a mission on martian life simulation, with the Club Mars, was one of my main motivations. I enjoy the idea to share this once-in-a-life-time experience with my teammates and friends, and to be with them for two intense weeks, in the shoes of martian explorers.