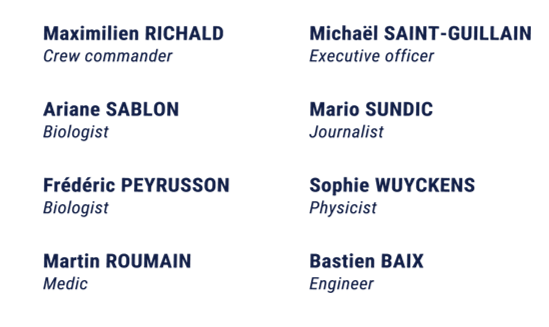 It’s been twelve SOLs that Crew 190 landed on Mars. They rapidly settled down in the Hab and got to work. Quickly they learned to live with each other. A bit formally, we distinguish in this report five main activities that had been shared and managed during the time living in the station (see Figure 1): scientific work, team management, housework, EVAs and social activities. 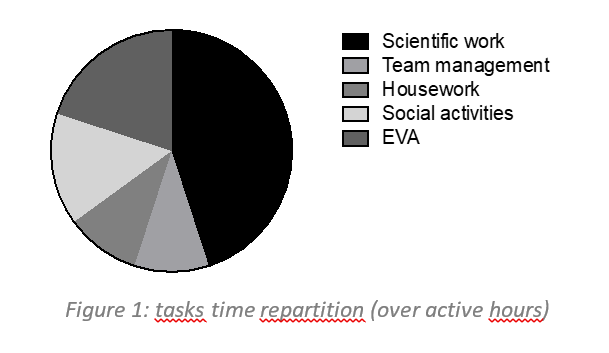 Scientific challenge was the main motivation of our stay at the MDRS. On a typical daily schedule, it usually primes on the rest of the activities. In this section, we provide a summary of the objectives and outcomes amongst the several experiments that were initially planned by the crew. Here we briefly present our different experiments. 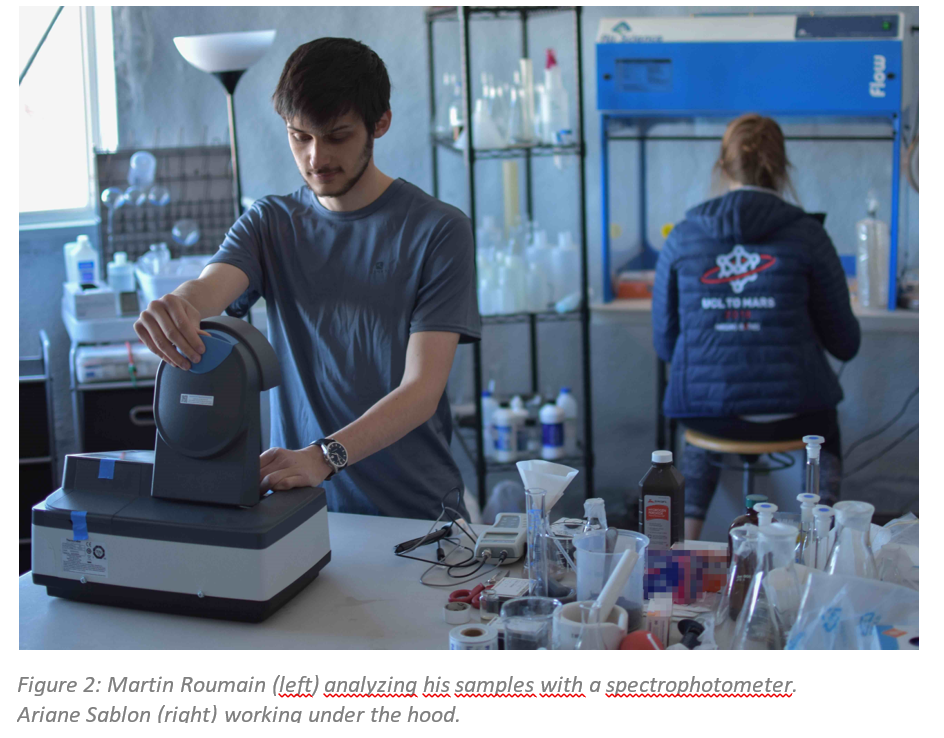 Psychological and emotional aspects are paramount in this kind of mission. Martin Roumain, the Health and Safety Officer and biomedical researcher, evaluated the impact of confinement by monitoring short-term memory and reflexes throughout the mission. He also studied the accelerated degradation of drugs by the Martian environment using a spectrophotometer (Figure 2). This device has also been used by Maximilien Richald, chemist and Crew Commander of this mission. Maximilien focused on the chemical profile of Martian soil in view of an eventual use in agriculture. Food self-sufficiency being essential for long duration space missions, Mario Sundic, botanist and GreenHab Officer, has designed a vertical hydroponic system, reducing the water needs thanks to this closed circuit. Frédéric Peyrusson, Crew Biologist, tested the benefits of hydrogels on plants growth. Moreover, he studied the ability of known bacteria to resist to a harsh environment and figured out the biocompatibility of terrestrial life on Mars. Our second Biologist, Ariane Sablon (Figure 2), isolated fermentating bacteria from human saliva in view of making possible the preparation of sourdough bread in situ. Bastien Baix, the Crew Engineer, created a self-made 3D-map of the station and its surroundings using an aerial drone. Our physicist and Crew Astronomer Sophie Wuyckens, also contributed to terrain analysis by setting up a method based on cosmic radiations measurements (Figure 3). She was also in charge of the Musk Observatory. All these experiments needed to be perfectly coordinated. That was the role of Michael Saint-Guillain, the computer scientist and Executive Officer, who designed an algorithm that helped the scheduling of the various experiments conducted by the crew members. 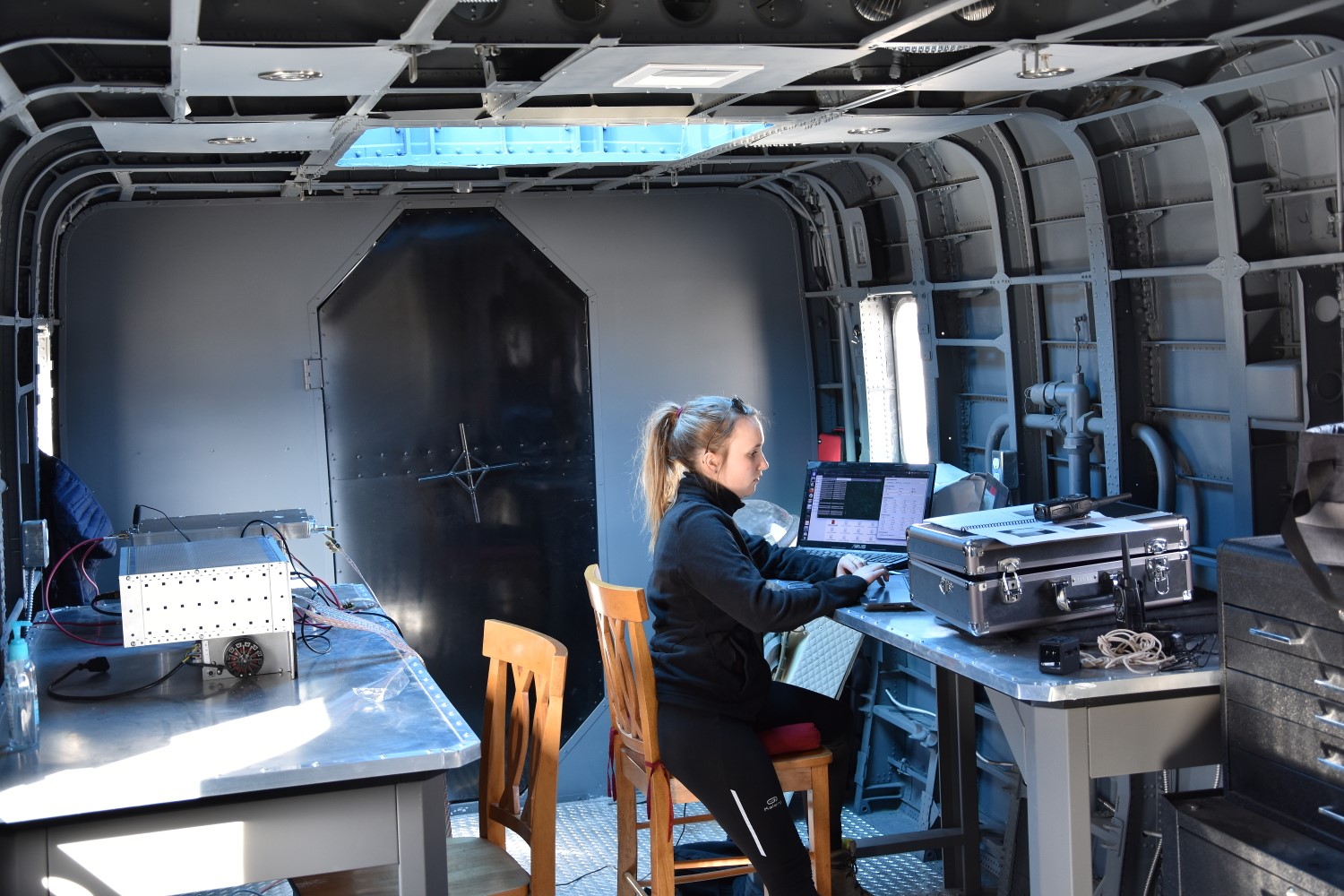 Figure 3: Sophie Wuyckens working on her muon detector, inside the RAM module.

Besides the experiments, extravehicular activities (EVAs) required a significant amount of time. Of critical importance for some experiments, the EVAs also revealed a positive impact on the mental of the entire team and unique opportunities to contemplate the scenic martian landscape.

Even though we stayed only a couple of weeks, such a mission requires sound organisation and systematical rescheduling. At the center of our eight people crew, the commandant Maximilien Richald had the hard responsibility of managing the entire team in a holistic way, dealing with all dimensions of the mission : experiments, housework, social behavior… Which had to be discussed during daily team meeting (Figure 4).

Coordination of the scientific operations (including EVAs, manipulations in the ScienceDome, solar observations, homework) had been closely monitored by Michael Saint-Guillain. At the end of each day, just before the CapCom, the scientific outcomes were used as input to the scheduling algorithm which was then used to recompute a schedule for the rest of the mission. 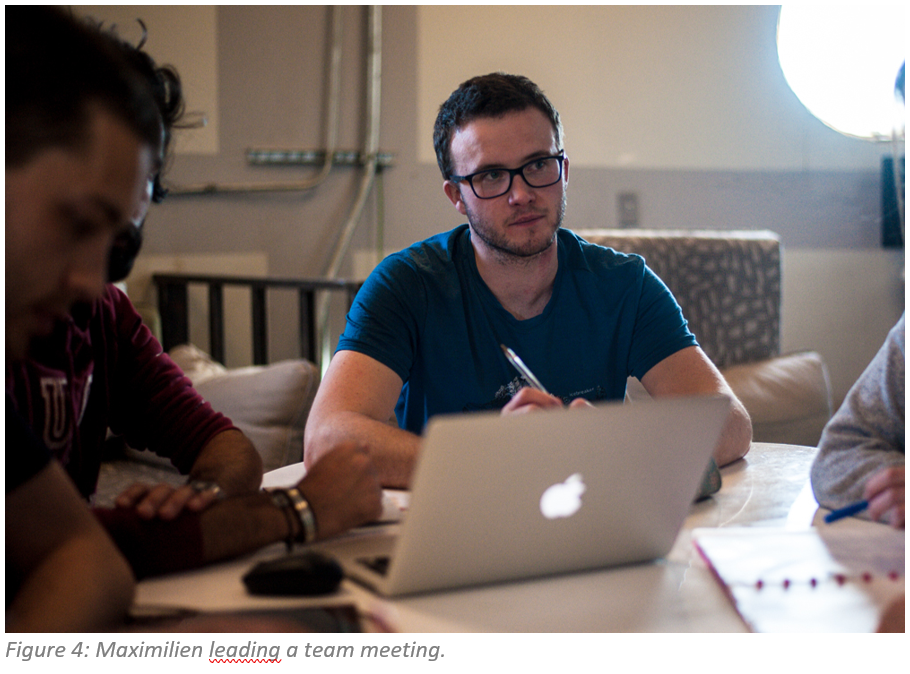 As part of a large team enclosed in a quite small living space, we all recognized the critical importance of well-balanced houseworking. The time required for meal preparation should not be underestimated, as we are cooking with unusual freeze-dried ingredients, which, by the way, did not prevent us from cooking some masterpieces (Figure 5) ! 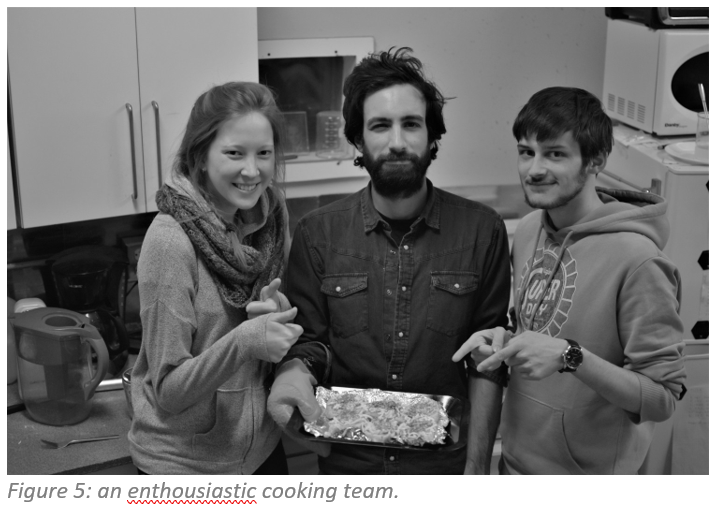 Last but not least, it is worth to mention that social activities definititly contributed to the success of the mission. Even with the best team composition, maintaining a good mood is not trivial and has a significant impact on the global outcomes of the mission. Fortunately, the Mars Society staffed the MDRS with a few interesting games, as the one we played on Figure 6 (left). On the right in Figure 6, we even observe a singular birthday event, quite uncommon on Mars ! 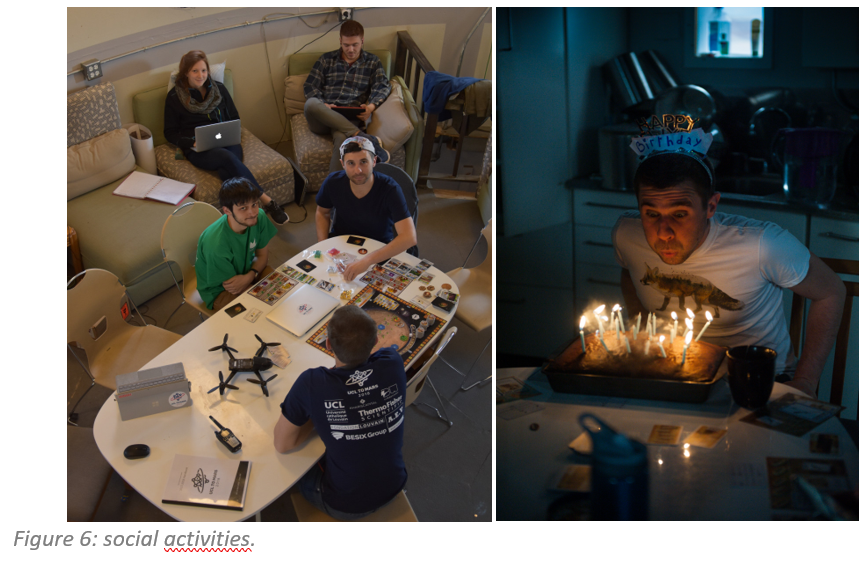 here follows the Greeting by our commander and journalist.
It is written in three different languages (English, Japanese, Indonesia)

Look Ahead Plan:
Our simulation starts by 12:00AM 26 March 2018
The first EVA plan: our commander gives us lecture about ATVs