Last night Detterline, Becker and Thomas aligned both hand controls (primary and the spare) in the Musk Observatory. The solar telescope was replaced with a Celestron 8″ so an alignment procedure could be done at night with the stars. The last time the Musk Observatory was used at night was over 2 years ago. The hand controls were tested in the morning by Detterline, and the alignment for both are perfect.

They also went to the Robotic telescope and centered the focus for the Celestron 14″ The night was too cloudy for any observing.

An impressive rain storm dumped a lot of water in a short period of time accompanied by lightning and thunder. Detterline is proud to say that after the storm, the interior of the Musk Observatory and the MDRS Robotic Observatory were perfectly dry. So the new caulking applied just days ago, worked well. Last year they had an issue where water seeped inside the Robotic Observatory and destroyed an adapter component of the weather station.

Today was the most boring day on Mars. Due to high winds, there was pretty much nothing we could do. Armstrong continued to perfect his processing skills, Detterline left with Thomas to go get concrete to fix the pad for the Musk, and Detterline also worked on the training videos.

We went out for dinner and enjoyed some live music. It’s always nice to get a little break from Hab life. Tomorrow should be more exciting due to a few visitors coming in and a clear night. Tonight though, we will have another early night due to cloudy skies. They should clear between 12-3 am, so maybe we might have some images to process tomorrow. Hopefully, we wake up early enough to make ourselves human before our guests arrive.

We decided to get concrete mix rather than caulk due to the size of the crack and try to make something a bit more permanent. A trip to Green River secured the supplies needed, but the horrendous winds won’t allow an observatory to open and certainly not allow opening a bag of concrete mix.

Got the concrete, but it was too windy to use it. 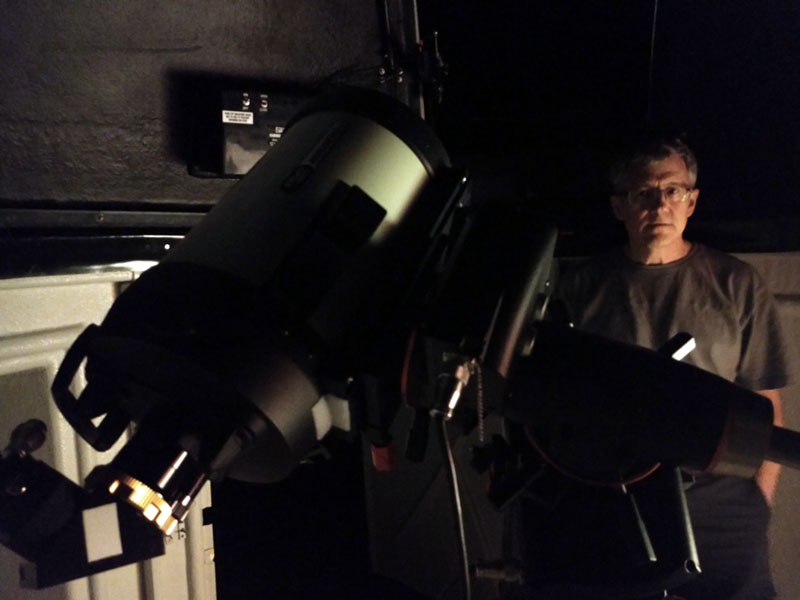