o   Items to begin a compost bin in the greenhouse

§  Need a large compost container for the GreenHab

§  Need a small compost bucket for the kitchen in the hab

o   Is there more soil to plant new plants in the greenhab? If not, please deliver some with the next resupply

§   Thin out about 7 tomato plants

§  Plant the herb seeds, in one or both of the garden beds

2.    Batteries – After turning off the generator batteries ran from 100% to 25% overnight.  Per Mission Control this is off nominal and implies the batteries have become degraded.  We will continue to monitor throughout the day

Trailer to Static Pump used –  No

Summary of Science Dome operations:  None

4.     News Crew absent today – confirm if we will have any external media visits during our mission

Narrative                  I am sitting in my bed in the habitat and writing this report. And I am glad to get a little rest, because today has been physically challenging and we all are looking forward to our first Martian weekend.

We are getting our groove on with the longer days on Mars and yesterday treated ourselves by watching the infamous comedy puppet flick of “Team America”. Being far away from the home planet makes all these international conflicts seem even more ridiculous. Our crew on Mars is multi-national and we celebrate our differences. On top of that, we established fitting nicknames for all crewmembers. Our space doc is Bones, Crew Engineer Hunt is Big Foot, because he is not only the tallest man on Mars, but also has the biggest shoes. Commander Thomas Horn is the major and our Briton Akash Trivedi the royal on Mars. First Officer Randazzo is Wash, which came upon, when the crew assembled the first Martian workout bicycle and needed a lot of washers to make this item work. I am Smurf and I will not comment on how that happened.

Our water supply is doing great, but the generator still has some hick ups. To save the battery set-up we decided with mission control, to turn it off during the night. As a consequence not all life-supporting backpacks for the EVA were completely charged. But we got just about enough, to match our four crewmembers, who went out on the third leg of Science Officer Trivedis Matryoshka project.

For section three we went to URC North, just west of Galileo Road. It was a completely new sector for us and after we had passed some mountains we entered a giant terrain of mountain chains and valleys all covered by red stone. We had a few problems to find the exact location that was indicated by the scientists on earth via satellite imagery, but eventually found our destination.

Although I still have to carry a lot of equipment in two heavy bags with me I was happy with today’s behavior of the crew, because they remained longer in the respective exploration sites. That gave me enough time to get my pictures and I didn’t have to run around as much as in the previous days. Still, carrying the heavy backpack and holding the camera always still is an incredibly intense workout.

The adjustments we made yesterday to my alien space helmet worked pretty well. Only in the end of the EVA it got a bit foggy, but also the other helmets fogged up a little. I guess, with increased exhaustion our breathing got heavier and the sun was pretty strong, too. I will observe this in the days to come and we might apply some changes on the fly to make the helmet even better.

Talking about helmets. On our way back to the habitat we were facing the direct low sun and it was quite a challenge to navigate. It was quite funny to look at our Space Doctor Sczepaniak to drive at snails pace. As he is also the Security Officer he is an example of safety on Mars.

But we thought about a cool feature for the next generation of Martian helmets. Wouldn’t it be cool to have some sort of shades, a visor or a cap on the helmet top to use, when the crew is facing the full solar power? We will think about it a bit more and maybe come up with a new design in the days to come.

First Officer Randazzo discovered the Baking Automat yesterday and it became a tradition, at least in the last two days ( I have heard in America something is already a tradition, when it happened twice) to have freshly baked warm bread with Nutella right after the EVA. The perfect treat after an intensive ride on Martian turf.

But now I have to seize my reporting, because I am back on cooking command. We are soon running out of the last fresh food supplies we brought from earth. Today I will be using our last tomatoes, together with celery and tuna to mix one of my favorite dishes: Pasta with tomato sauce flavored with a cup of extra love.

Personal Logbook             Today I was very content with our EVA from the perspective of a filmmaker. At today’s exploration spot the crew remained longer at the various sites and left me more time to get my shots.

I also could run three interviews, which is a high in the past week. Vlogs are coming along better, too and the crew feels more and more comfortably with their role. Maybe they will do it automatically in the next days. That would take a load of me.

Today I took less analogue pictures, but I checked regularly the settings and the camera didn’t fell down. So I am confident, that everything went smooth today. If I will keep this rate I will have a nice collection additionally to the digital exposures I have made.

Summary Title:  Back on schedule!

Mission Status:  The past two days have been hectic due to getting in to the swing of things on Mars and the numerous failures we have encountered.  As a consequence, our schedule fell by the wayside and we were largely winging it.  Yesterday we sat down, came to a stable configuration, discussed our lessons learned from our stay so far, and prepared to jump back onto our schedule.

We are still dealing with our power system failure, but today has been a day of focus where our team is efficiently moving from task to task and completing our assigned activities.

We’ve learned today that the low battery SOC we’ve been seeing since our mission started is likely due to a misconfigured battery panel.  Mission Control is seeking help to reprogram it and return our power system to nominal.  In the meantime we will continue to minimize power usage.  Due to SOC ~ 35% it is possible we lose power tonight, our team has prepared for this eventuality and everyone is prepared to handle the cold if necessary, and all team members have light sources on hand overnight.  We have also filled reserve containers with water due the expectation that if power is lost pipes will freeze overnight.

In the meantime, activities!

This morning we have completed Anesthesia training for all crewmembers.  On a long duration mission it is critical crews know how to treat any injuries or other problems that arise, as part of this devising methods of training for crew on a long duration mission is critical.  Our Dr. has devised a mold that simulates arteries / nerves / and veins in a leg that allows crew to practice using ultrasound equipment to identify and isolate specific body parts.  With the training complete crew will be able to complete trial runs where we see how effective this is a training device and how crew performance increases over time.

We also completed our third Matryoshka EVA to SIte #3.  We continue to collect geological samples from our target sites, though this is the first day that our crew is starting to feel the fatigue from EVA, which is hard work!.  Today’s site was exceptionally rocky which gave a very ‘martian’ feel.

Our crew is looking forward to the weekend which we have schedule as ‘light duty’ days to allow ourselves to recuperate from a very busy week!

5.      Food inventory transfer to excel and submission to

9.  Receipt and stowage of supply drop

EVA: See above for EVA details 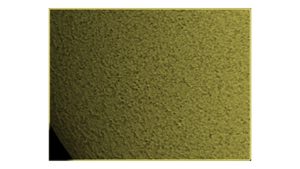 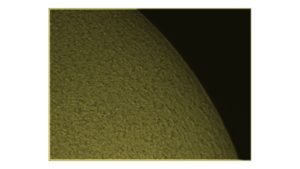 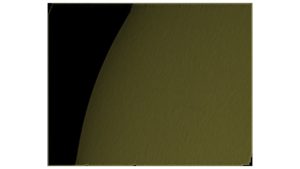