Summary: It was reported there were interesting prominence’s at the limb of the sun.  These were not able to be observed, but two sunspots were identified in the below image. 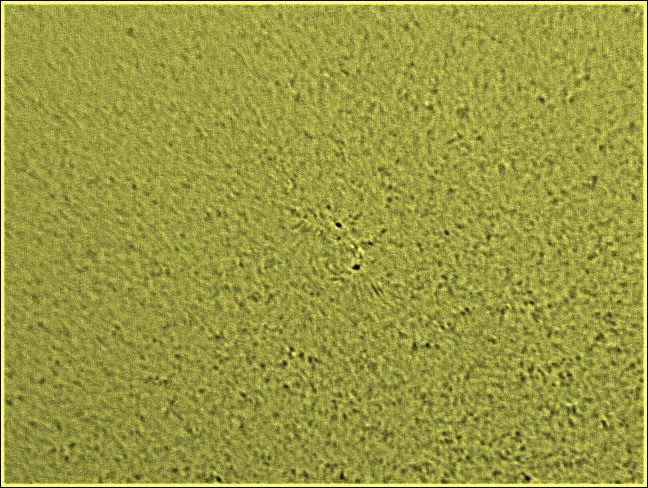 Propane –  Assume 69 percent volume (Due to trends from previous days)

Notes on ATVs: No ATVs used today due to no EVA.

HabCar used and why, where?  NO

General notes and comments: Power is back and we’re back in sim!!

Summary of suits and radios:

Radios: Nominal after getting charged post HAB powerdown.  Crew has primarily retired old model radios to preferentially use the new radios delivered by Mission Control.  Communication is much crisper / easier to understand on new radios, particularly when on EVA.

EVA 6: Fan does not turn on.  One of the two black straps holding the Helmet Collar in place to the suit is missing, resulting in helmet sitting incorrectly when in use and forcing the EVA crewmembers head down.

EVA 8: Right latch securing the back panel is loose. Was able to re secure by threading a  zip tie through the latch and tieing it down. After a quick vibration test (read: Shaking the suit a little) everything held steady. EVA 8 is operational at this time.

Summary of health and safety issues:  All Healthy

·         Some of the other tomato plants were starting to wilt, so moved them from the back of the hab to the door where it is cooler

·         More new seedlings popped up in one of the herb gardens! Probably 20 in  that single planter now!

·         Planted more herb. One herb planter currently has two rows of the following herbs, from left to right (see picture attached to email):

o   Created an index of packets which still have seeds 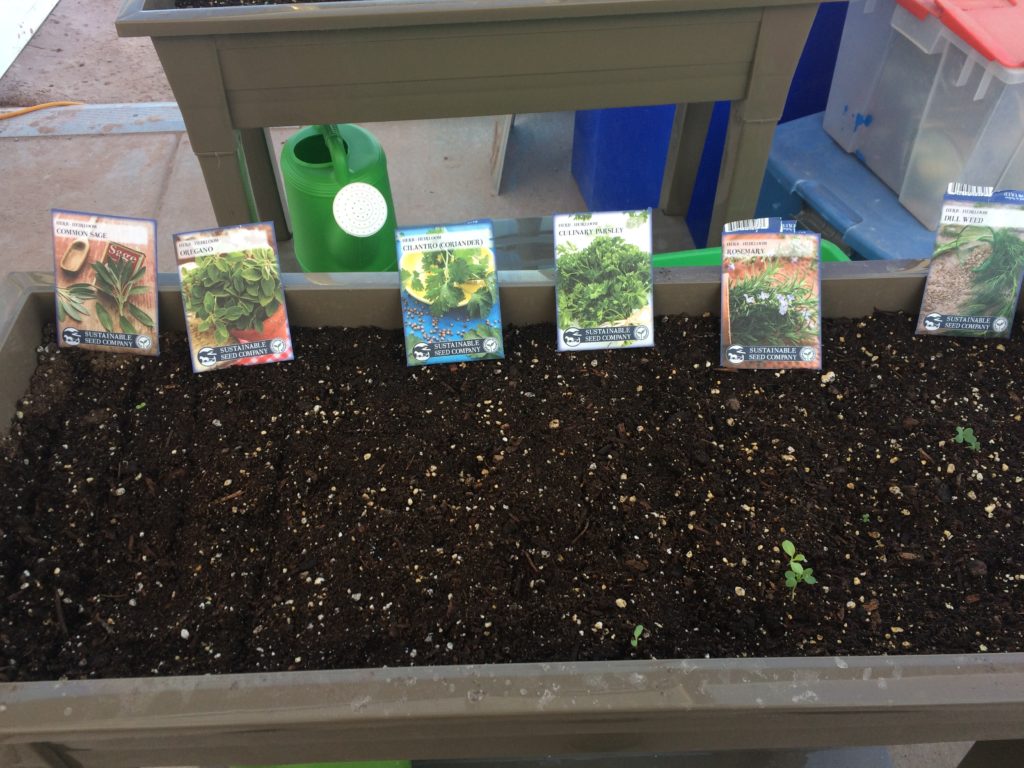 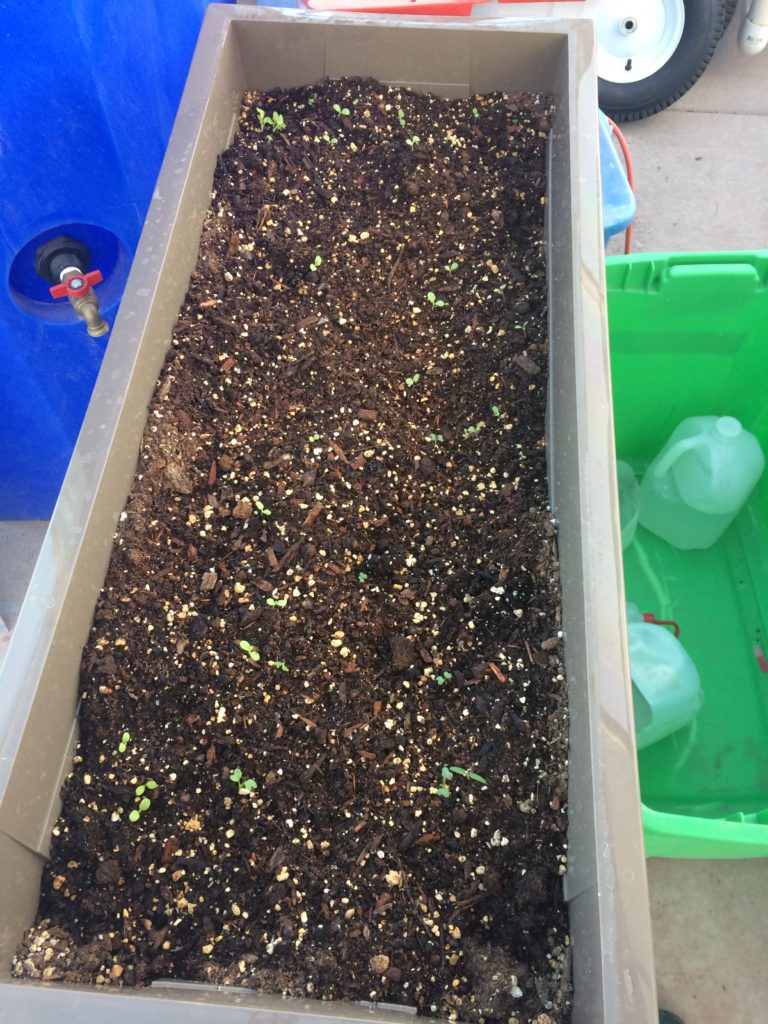 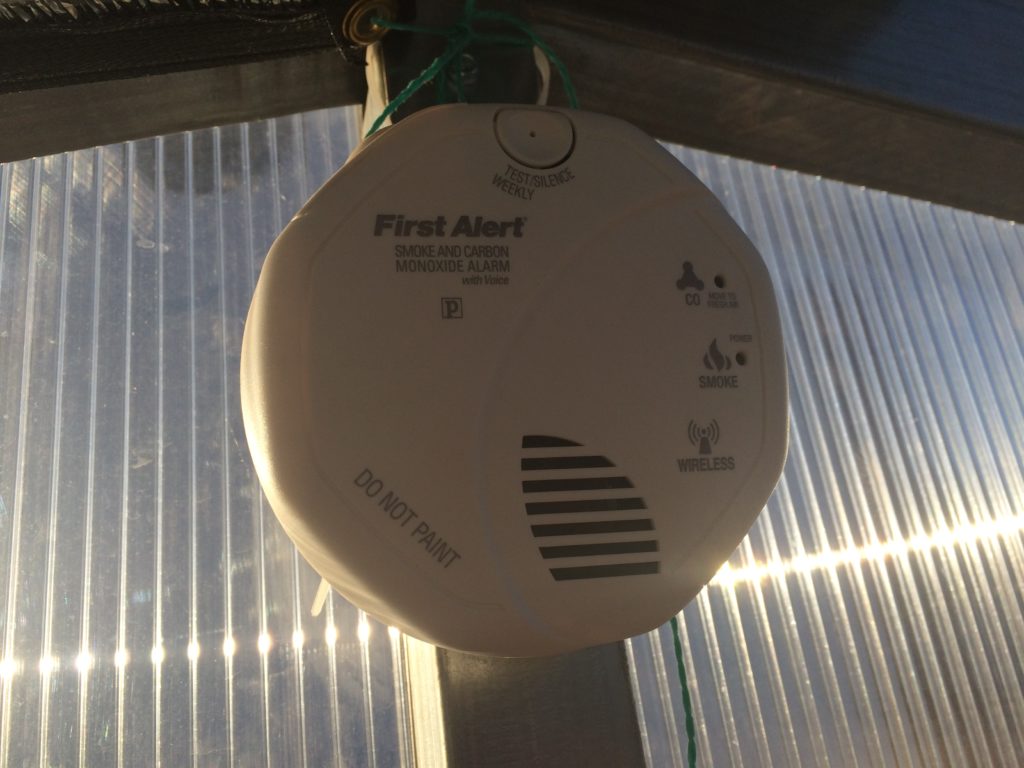 Today has been a thankfully nominal day!  Due to our error with comm’s yesterday and not getting our EVA request in on time we stayed at MDRS and concentrated on catching up on HAB maintenance and other activities that have fallen by the wayside in the last few days.

Today we completed our crew training on our ultrasound machine, which enables us to complete our practice runs with the Astronaut trainer developed by Dr. Sczepaniak in the next few days.

We were informed of some likely solar activity by our friendly neighborhood astronomer which led us to perform some highly anticipated solar observation this afternoon.  While we could not detect any prominence we did detect sunspots for the first time.  We are hoping the sun continues in this period of high activity and future solar observation yields some rewarding images.

We continued with our communication experiment and have noticed significant improvement among the crew in terms of numbers of errors and completion times in our building tasks.  We have assembled a lesson’s learned list of communication tips to allow quick and efficient communication among various types of time delay.  We will continue this experiment in various permutations until our mission ends, and then expect to hand over our experiment materials to make this a permanent installation at MDRS that crews can participate in as desired.

We also completed our CPR techniques experiment runs on all crew, analyzing the various ways that more force than body weight can be utilized during a CPR medical emergency.  It was interesting that most crew actually utilized different techniques during this experiment run, with us comparing notes to identify the optimal method.

Our crew has returned to our exercise routine today with all exercise equipment completely assembled.  This has proven to be a crew favorite and we also intend to donate this equipment to MDRS.  We have assembled a stationary exercise bike and a series of medicine balls for weights exercises.

The remainder of the day was filled with HAB maintenance, static water tank transfer, cleaning, some much needed love for our friendly plants in the Greenhab, and assembly of equipment delivered by Mission Control.  We are excited to finish out our mission and eager to get back out into the Martian environment with our 5th Matryoshka experiment site tomorrow.

Thanks for your assistance!

Narrative                  It was our first real weekend on Mars, but there wasn’t much time to lay back and take a rest, because the problems of the past week still had their grip on us. On Friday the generator let us down once again, we shut it down and we prepared for the worst. As we expected another freezing night we started to seal the complete habitat to contain the warmth we have inside. If that still wouldn’t have been enough we considered moving to the science dome, as it is the structure of our Mars mission that is the best insulated. We covered and secured sensitive electrical equipment and send a few thoughts to our loved ones.

We succeeded and had a descent night. I think, the insights we gathered from this emergency event could be useful for the men and women, who will follow us to Mars. But for the time being, we stayed alert, because the problems weren’t resolved. Even if we slept like native Martians, we still had to take care of the generator and the flow of energy at night.

Together with mission control we made the decision to evacuate for the night of Saturday to an emergency pod a few miles south of the Habitat. Equipped with the most relevant life sustaining technologies, perfectly insulated but stripped of the extended possibilities of the habitat this pod served us perfectly for the night, before we could tackle the problem of the generator once another morning provided us with the energy of the sun.

When we returned Sunday morning things had calmed down and we realized, that one source of the problems could have been contaminated coolant in the generator. We decided to flood the coolant

tank, to clean the device and refill it with a new mix. Mission control works tirelessly to find additional solutions to the hick-ups in the communication between the battery and the generator and I am sure the earths best scientists are writing already a perfect plan to make our energy infrastructure work not only for us, but for the future crews to inhabit this strange new planet.

Quick flashback to Friday, which was a grand Martian day. We continued our geological Matryoshka project on an EVA consisting of Science Officer Trivedi, Doctor Sczepaniak and me. We went North-East from the habitat and once again the landscape and nature proved to be surprising and new. The location was hidden, but in a mix of satellite imagery, GPS and common sense we finally found Candor Chasma. What a mystical name and a very fruitful location for our scientists.

The surroundings looked very similar to the Sahara Desert on Earth. Deep sandy dunes and mysterious desert plants, complimented by giant stones, that look like they have been dropped from the sky by a higher force. Cunningly some of these rocks have a very large body, but they are only connected to the ground by a small fraction of their bottom parts. Martian rocks seem to defy the logic of physics and there is much to be explored about the origin of these formations.

The crew climbed up to a higher plateau, even when the sun was high and the temperatures in the suits were rising constantly. Trivedi and Sczepaniak really worked as a team and secured a lot of uncontaminated probes. We saved a lot of time compared to former EVA’s and had even time for a film interview at the location in space suits.

After our return to the hab we had much time to care about maintenance., especially because we didn’t have an EVA today. We repaired a few space suits that were a bit out of shape and First Officer Randazzo really dug deep into the soil of the green hab. She had been afraid that after the generator failure, would have effected the temperatures immensely, threatening the livelihood of the young seedlings, she had planted before. But the structure proved its value and all the plants are alive and kicking.

She continued to thin out tomato plants and seed new herbs today to comple-ment the diet plan of the crew. As we were all stuck in the habitat today it becomes apparent, that it is good for the crew members to find refuge in one or another building on the premises to have a little time for themselves. First Officer Randazzo really enjoys the time in the green hab, it is almost like a form of meditation to plant new life into little pots.

Personal Logbook             After a tumultuous few days it was good to come back to the daily routine. There were a few doubts, how everything will continue on Mars for us, but now we can value our time here even more.

After the biggest problems seem to be contained I am looking very forward to go out on the next EVA tomorrow. While the Crew repaired the generator I used the time to shoot some pictures around the habitat. The design of the observatory is a real piece of art and I fell in love with it.

Looking forward to get outside the habitat tomorrow and I will try to capture some scenes, that I haven’t been shot before. I am very anxious what the next days will bring.

We had a great ten days of meals and we are running out of fresh supplies. We have to get creative now for cooking, but I am very confident, that we will create something delicious for the crew, because good food keeps the spirits high.