Purpose of EVA: Replacement of batteries for scientific experiment and installation of two others that weren’t functional at the beginning of the mission.

Narrative: All events occurred according to plan, and experiments are well installed and stable but may need to be retrieved in coming days in case of very high winds.

Quiet days often end with little in the way of pictures. Today we have a
picture of our EVA taken from inside the Hab, a couple astronomy-related
ones, the unforgettable hamburger and lastly, our mascot, there to
remind us of an original member of the crew who couldn’t come here with
us in the end.

Sol 13: Preparation – How to prepare a Mars mission?

Hi everyone and welcome back! In today’s report, we are going to talk about the preparation for a Martian mission.

I’m not going to talk a lot about what happened during this Sol 13 because:

2. It is Sunday, so I think I deserve to rest at least this afternoon.

However, I can talk to you a bit about what happened this morning.

Even on Sunday, we still have work to do on Mars. We had to change the battery of the LOAC experiment as every day. This time, Marion and Clément heroically volunteered. They took that opportunity to install two other instruments: PurpleAir and the electric field mill. From the window of the Hab, I watched them doing their job and they did it really well. They managed to successfully install those experiments which was not easy with the gloves and the spacesuits. Now, we will start gathering data for the CNRS thank to them.

After this intense morning, at least for them two, we will finally have the lunch everybody has been waiting for since the beginning of the mission: Martian Burgers. Our Commander has already started to cook the buns and I can’t wait to taste those Martian Burgers. We will make the burger patties with rehydrated beef and add some fresh cherry tomatoes from the GreenHab. Even Gordon Ramsay has never tasted something like that. We hope it won’t become an episode of Kitchen Nightmare but we feel pretty confident.

Now let’s talk about the preparation of this Martian mission.

As some of you may already know, we’ve been preparing this mission for two years now. In fact, it was supposed to be one year, but due to Covid, we weren’t able to take off last year but we managed to delay the mission to this year.

Let’s start by the beginning of this adventure. We were chosen for this mission in December 2019. A jury composed by former crew members and professors from ISAE-SUPAERO, studied our profiles and had us take an interview to determine if we would be part of the crew and for which role.

After the selection, we started the preparation of the mission. There were, in my opinion, three main objectives.

Find sponsors and collect funds to pay for the mission. Indeed, the mission has a cost and we had to collect 20000€ to pay for everything. This part was hard because we had no experience in this domain. But we learned. We sent mails to companies, we called them and sometimes they were ready to come on this adventure with us and financially support us. Here is a list of those who accepted to support us. This list does not include those related to experiments, we will talk about them later.

-CNES is the French Space Agency. We have been working with them for outreach for younger people via the Mars Club.

-Parrot, a French drone manufacturer who also lent us two ANAFI drones which we use for my drone mapping experiment.

-The Student Association of our School which accepted to support the project via the Mars Club.

-The Fondation ISAE-SUPAERO, which is very supportive for student projects.

-Sahut-Conreur, a French company interested by the use of 3D printing for metal working applications

-Acticity, an association that acts for education of young people which is a value we strongly share

-Planète Mars, the French branch of the Mars Society. They help popularise the idea of visiting Mars in the future.

-Société générale is a large French bank partner of the Student Association of our school. They are always interested in students projects.

-CNRS for which we gather data with LOAC, PurpleAir, the electric field mill and soon Mega-ARES.

-The University of Lorraine for which we perform, not without pain, the human factor experiment that includes the terrible « shapes test ».

And last objective, but not least: become a real crew. This includes:

-Get to know each other

-Learn to work together

-Learn to rely on the crew

This is really important when you are planning on going to another planet with 6 other people you don’t know yet. For that purpose, we have been meeting every week for two years. Once again, COVID complicated everything and we had to meet most of the times on Zoom. Despite that, I think we still managed to create a team spirit and I think that now we are all very good friends!

This preparation was like a marathon, you have to stay focused during two years and never lose your motivation. The second year, after the rescheduling, was the worst. It was hard to go back on working on a mission that was already prepared. On top of that, the borders between Europe and the USA were still closed so we were starting to work again towards a mission we still didn’t know if we could do. Yet we persevered, and despite the setbacks we’ve made it all the way there on Mars, and in the end that means all the work was worth it. Sure, we’ve all changed a little after a year of delay, either from our experiences of work and studies, or simply in our outlook of what this mission means to us, but the joy of getting to work on a mission we worked so hard for is still the very same.

Images submitted with this report: None 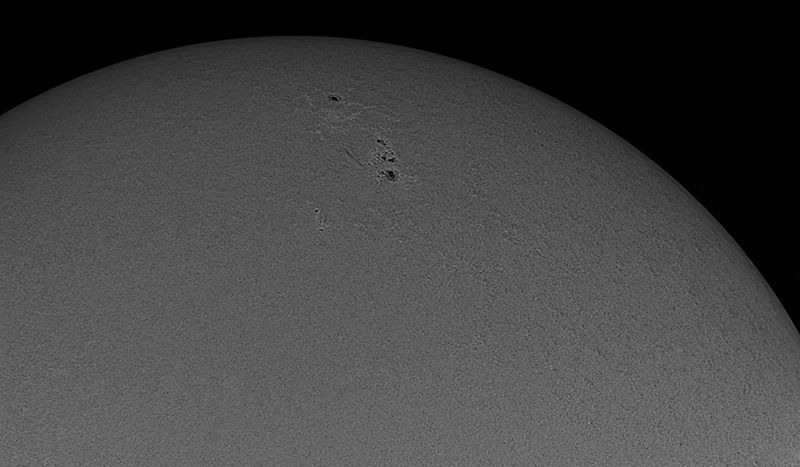 Static tank pipe heater (on or off): on

Static tank heater (On or off): on

Questions, concerns and requests to Mission Support: one burnable trash is waiting for pickup in the rear airlock. Thank you!

3D printer has been fully repaired. We are able to print pieces for both the water recycling experiment and the atmospheric experiment. We have also been able to show that 3D printing is useful for space missions by taking pictures of small holes on the outside surface of the Hab and creating pieces to fix them (we did not actually put the pieces on the Hab).

We have been able to do a first run of the experiment by having one group climbing North Ridge with the 3D map and another group with only the 2D map and compare them. We have also mapped another site where we will perform another run next week.

The last 3 Aquapad have shown that the water is safe to drink and the 4th one is currently incubating.

We are still tracking all the calories from our food, our sleep and our physical activity with a Fitbit. We are also still filling out the questionnaires to record how we feel after a night’s sleep.

Experiment teleoperating a rover on the Moon. We have run the second week of testing for this experiment.

We are still filling out the daily questionnaires and sent the researchers a first set of recorded answers.

We have just finished up our 4th session for this experiment where they look at our ability to adapt both psychologically and physiologically to Mars.

We created a set up with some cardboard, funnel and water containers so as to make it faster.

For the soy beans treated with stabilised and filtered urine from Toopi Organics, they are growing faster than the none treated ones which is great. However, for the spirulina, there was an error in the protocol we were given and the solutions have to be redone.

Not possible to perform the supernovae experiment with the New Mexico telescope so no change here.

Sol Activity Summary: Compared to last Sunday, this one was definitely more of a calm one. We kept busy, yes – an EVA was done to set up atmospheric experiments that weren’t ready to go out at the start of the mission, and the usual things that have to be done on the daily were managed quite simply – but we all got some rest. I made a mess of the kitchen, but one very much worth it – I’ve gotten a hell of a lot closer to a great Martian Burger than I did last time. The afternoon was spent on playing games, getting a little work done, and before we knew it we had to go hurry back to write our reports.

Look Ahead Plan: Getting back into that final week in full gear.

Anomalies in work: None to be noticed

Crew Physical Status: All is well

EVA: One performed quickly and efficiently

Support Requested: None in particular