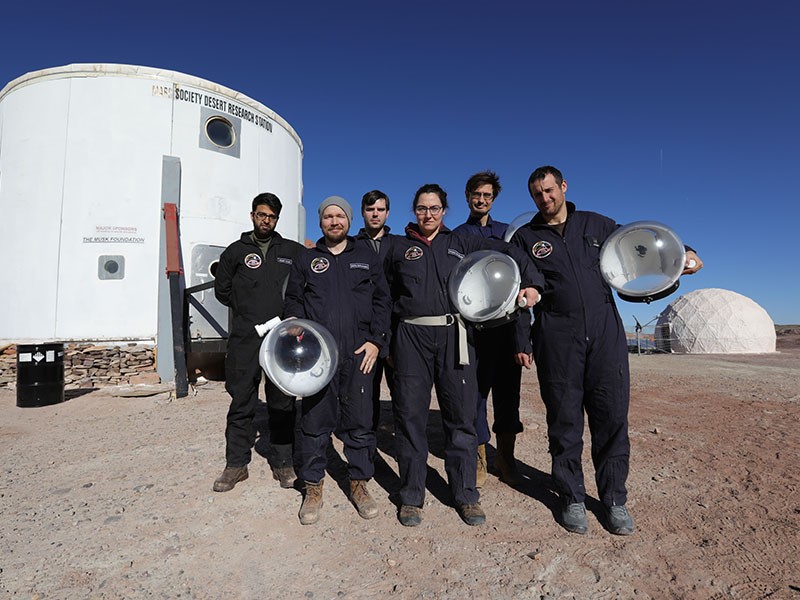 Our team started out as strangers, thrown together with nothing in common except a love for space and desire to test ourselves on the surface of Mars.  After months of intense long distance preparation and now, completing our two week mission together face to face, we have bonded as a team both personally and professionally to advance our shared love and drive of advancing the cause of human space exploration.

During our mission preparation, we assembled a set of research objectives playing off our respective strengths and keeping present the goal of simulating a Martian Mission as accurately as possible.  We faced numerous challenges and failures during our mission that threatened the successful completion of our goals, but through hard-work, troubleshooting and flexibility we completed our objectives and can return home with a successful mission behind us.

We hope that through this mission and future efforts we can move forward the goal of human exploration of space, and will now begin the next phase of our mission in taking our research and data back to external parties and in continuing the outreach process to utilize our experience to inspire greater enthusiasm for the possibilities of space travel in the general public and the next generation. 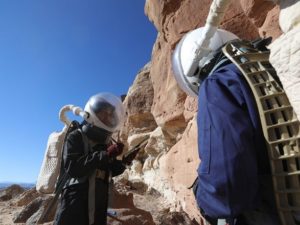 Evaluating the past habitability of Mars is a key science objective for the near future. Meeting this goal will involve innovation, exploration, and scientific enquiry across all levels of observations. At the MDRS, features analogous to those on Mars were characterized and utilized to further develop identification techniques of geological points of interest. Dunes and channel structures provided a test-bed for investigation of the geomorphological bodies found in Martian terrains

During our stay at MDRS, we highlighted the value of using four modes of geologic survey operating at increasingly fine scales. Analogous to the gradual down-scaling of a Matryoshka (Russian) doll, the four-phase sequence of study provides observations at a progressively smaller scale: satellite, drone, rover, and human (hand scale). 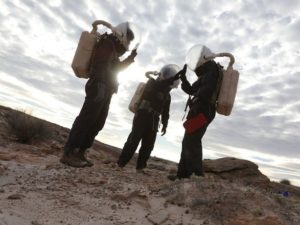 Under the expertise of the Department of Earth Science at the University of Oxford, eight sites were chosen for sample collection and return to Oxford for further geomorphological and geochemical analysis. This work was proposed by a team of undergraduate and research students with goals to not only conduct scientific research activity on the collections, but also use them for outreach purposes to inspire the next generation of analogue astronauts! 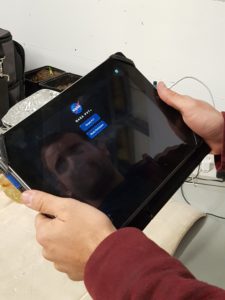 The crew underwent a two week fatigue study by following the Martian day, 40 minutes longer than an Earth day. For two weeks, they completed multiple surveys daily on their sleep, fatigue, and general wellbeing while shifting their sleep and wake times by 40 minutes each day.  The crew was able to manage the stresses associated with a Martian day despite the difficulties that are inherent in analogous missions.  There was an increase in short naps towards the end of the mission in order to satisfy the mission and scientific objectives.  This completes the crews MDRS portion of the Martian Circadian Study successfully.

In addition to surveys and sleep shifting, the crew had to complete multiple tests throughout the mission to measure their psychomotor vigilance, called a PVT (psychomotor vigilance test).  The tests are administered via an iPad so participants can access the test easily and complete it three times a daily (see photo).

Crew 184 completed an important anesthesia task during the mission looking at the ability of astronauts to complete a nerve block of the lower leg. They used gel models created at the University of California, San Diego to place a needle above and below the simulated nerve located behind a knee.  The simulation looks at the ability of participants’ time to complete tasks in an emergency scenario. 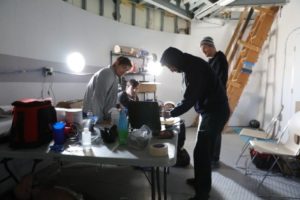 Mars is an environment that requires strength training to keep astronauts healthy with minimal up-mass.  John Sczepaniak MD created an 18 pound medicine ball on Mars with minimal up mass (~600g).   A cycling machine was assembled at the station by crew 184 for health and fitness.  The cycle was donated to the Mars Society for use by future crews. 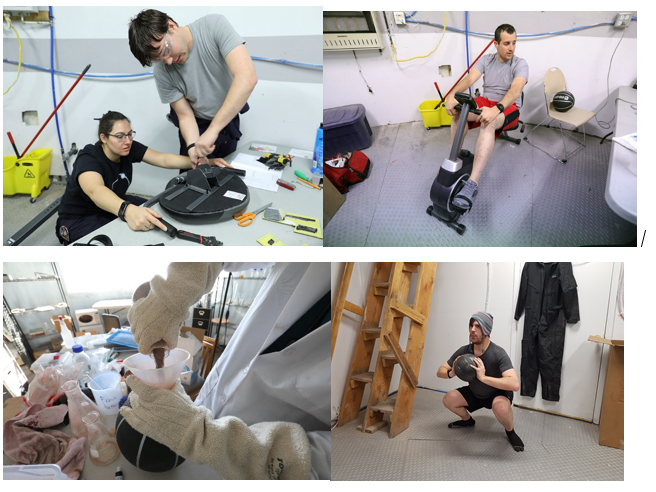 The question of how to effectively operate a human crewed mission with a lengthy time delay is a significant unsolved question in human spaceflight, and is one that analog space missions are uniquely suited to answer.  Previous human spaceflight experience has entailed close coordination and direction between the crew and Mission Control, future missions to Mars and other destinations will necessarily entail a whole new operations structure including new communication guidelines and devolving significant power away from Mission Control and to the crews themselves.  In order to simulate this our crew worked with an offsite scheduling team to direct our activities and with who we experimented with different communication methods, feedback techniques, and email time delays.

We experimented with various communication methods internally to the team via our ‘Bricks’ experiment.  With this we took symmetric sets of building blocks and experimented with building various structures with different crew teams and different time delays, from 0 to 15 minutes in 3 minute intervals.  Via trial and error our team learned how effective communication tools which were put in place throughout our mission.  They proved particularly effective during EVA where communication over VOX is difficult and several techniques were immediately applicable to aid in EVA coordination among the team.  Our team agreed that of all the lessons learned five in particular were critical, which are described below. 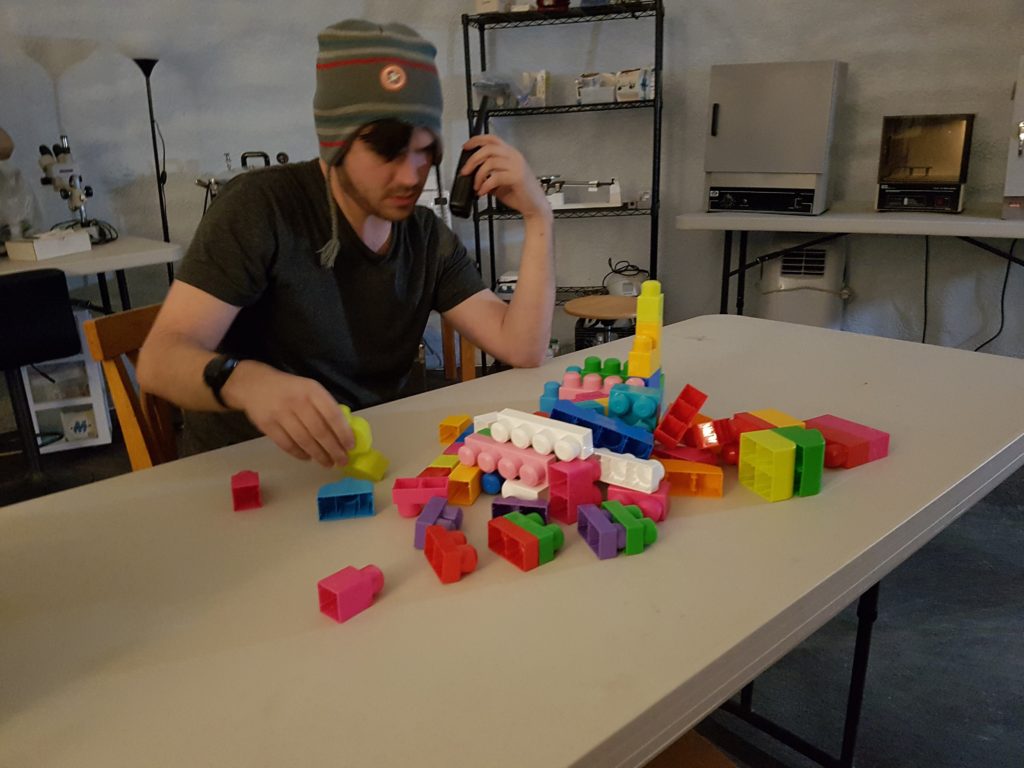 (Figure 8: Josh Hunt listening to instructions to build a structure with a communication time delay.)

The low gravity environment of Mars is likely to pose unusual challenges to a human settlement.  An example of this was posed to our crew as a challenge for us to solve during our mission.  How do you exert enough force on a patient to perform effective CPR when you have a significantly reduced body weight?  In order to simulate this in an Earth environment our crew was given our friendly CPR helper ‘Max’, a scale, and force targets in excess of their body weight that they had to achieve.  Each crewmember performed trial runs and various techniques under the supervision of our crew doctor, recording their results.  Of the various methods tried the three most effective were, 1)  Placing weights on the patient’s chest to effectively raise caregiver body weight during compressions, 2)  Having another crewmember assist in chest compressions, and 3)  Bracing crewmember on an overhead beam to provide additional resistance for compressions. 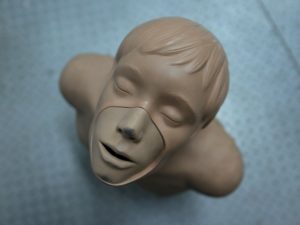 This is just one example of an esoteric problem presented by low gravity conditions, and there are sure to be more.  We found it interesting to discuss these scenarios and envision the challenges to be confronted by a Martian colony, many of which are sure to only be discovered once humans are already on Mars.

Special thanks to our individual donors and supporters

Space Generation Advisory Council – For their extensive help and experience preparing our mission schedule during our stay at MDRS.  We hope for more colloboration in the future.

Shital and Rajnikant Trivedi – for their love, belief and support towards my ambitions

Wolfson College, Oxford and the Department of Engineering Science for supporting the mission

Clive Siviour at the University of Oxford for academic guidance, personal and professional support

Patty Horn – for the support and care without which my attendence would be impossible, and taking care of the kids while explaining that daddy is going to Mars.

Ed Bahr – for holding supplies prior to our mission

Alan and Lois Sczepaniak – for equipment and support

Deborah and Buck Hunt – for being my two biggest fans in the whole world!

Leo Teeney – for his support in making this mission possible.

Renee Garifi – for her pro bono expertise and moral support