Purpose of EVA: Augmented Reality application testing with a HoloLens device. This AR tool has been designed for astronauts and future geological fieldwork on the Moon and Mars.

Narrative: Mathéo (the astronaut wearing the HoloLens) and Elena (the support astronaut) entered the airlock at 14:54h. Inside the airlock, Mathéo launched the application successfully. There was no need for troubleshooting or restarts.

At 15:00h they exited the airlock. The application was functioning nominally. The first waypoint was placed in the RAM. Due to the luminosity, the menu was not as visible at it should have been. Therefore, it took a couple of minutes to find a shadowed place for the menu to be visible. The waypoint was successfully placed reported to HabCom. The pictures were correctly taken as well.

Then, waypoints were placed in the Hab, the GreenHab, the Sciende Dome and the Musk’s Solar Observatory. All were successfully placed by Mathéo and there was no need for troubleshooting or application restarts. However, a second waypoint was visible in the Science Dome. The current hypothesis is that it was placed by the previous astronaut to test the application.

Afterwards, a quick tour of the station was done, to check the waypoint placements. All of them had disappeared, with the exception of the ones placed in the Science Dome. The working hypothesis is that it was too bright outside for the waypoints to be seen –as the Science Dome was shadowed-.

Mathéo and Elena entered the airlock at 15:10h after having successfully completed the two tours around the station. The pressurization was completed at 15:15h, time at which they re-entered the Hab. Mathéo had been support astronaut twice before, therefore, he was already familiar with the application and the potential issues that he could encounter.

EVA went nominally and the application was successfully tested.

The atmospheric experiment includes 5 devices: LOAC (Light Optical Aerosol Counter), an Electrical Field Mill, Purple Air (Aerosol Counter), Mega-Ares (Electrical Field Counter) and a Weather station. The aim of this experiment is to do testing of Martian-Atmospheric Study Equipment and their maintenance by human operators. Performing their maintenance and set-up while wearing spacesuits and following EVA protocols is the purpose of the experiment. All devices are located at the same place.

Batteries for the LOAC, MegaAres, the Electrical Field Mill and Purple Air needs to be changed daily. Hence, during this maintenance EVA, the 3 batteries (the Field Mill and MegaAres use the same battery) needed to be replaced.

Narrative: EVA Participants entered the airlock at 08:58. Depressurization ended at 09:03. EVA participants checked the rover batteries just in case. The obtained information is:

The EVA participants arrived at the Atmospheric Experiment location at 09:10. The 3 batteries were replaced. Marine was in charge of changing LOAC battery, she did it without any problem to declare. Nicolas changed the Purple Air and Electrical Field Mill batteries, and tried to recover data. But there, while taking out the waterproof protection, condensation appeared inside the box. Then it was impossible to turn it on again. Matheo set the MegaAres antenna, the installation went well, the measurement started correctly.

Nicolas’ radio moved out from his ear at 9:19, but stayed inside the helmet. He could still hear the radio, but had to make efforts speaking to be heard.

At 09:46, the participants left the atmospheric experiment location.

Summary of suits and radios: The microphone of an earpiece is not working anymore, it would be great to have a new one if possible. Thank you!

SOC: Shannon worked all day to fix the SOC, the generator is working correctly except that the SOC is not calculating correctly.

Sol Activity Summary: Today was our rest day, except for two very short EVAs. We thoroughly cleaned the Hab. We watched movies, played games. I worked a bit on my water consumption monitoring experiment. Shannon worked all day to fix the SOC issue, we are very grateful for her work.

EVA: Two EVAs, one in the morning to change the batteries of the atmospheric experiments, and one in the afternoon for an application testing with a HoloLens. Both went well.

Support Requested: None except the spare earpiece mentioned in the Operations report.

The atmospheric experiment includes 5 devices: LOAC (Light Optical Aerosol Counter), an Electrical Field Mill, Purple Air (Aerosol Counter), Mega-Ares (Electrical Field Counter), and a Weather station. The aim of this experiment is to do testing of Martian-Atmospheric Study Equipment and their maintenance by human operators. Performing their maintenance and set-up while wearing spacesuits and following EVA protocols is the purpose of the experiment. All devices are located in the same place.

Batteries for the LOAC, the Electrical Field Mill, and Purple Air need to be changed daily. Hence, during this maintenance EVA, the 3 batteries needed to be replaced.

Narrative: EVA Participants entered the airlock at 08:33. Depressurization ended at 08:38. EVA participants checked the rover batteries just in case. The obtained information is:

The EVA participants arrived at the Atmospheric Experiment location at 08:43. The 3 batteries were replaced. Marine and Elena changed the LOAC battery. Cerise and Léa changed the Purple Air and Electrical Field Mill batteries. The status of the devices was checked.

At 08:50, the participants left the atmospheric experiment location.

At 08:55, the participants arrived at the Hab and entered Airlock.

Objects to be Imaged this Evening: TOI 959.01 (Tess exoplanet catalog)

Images submitted with this report: / 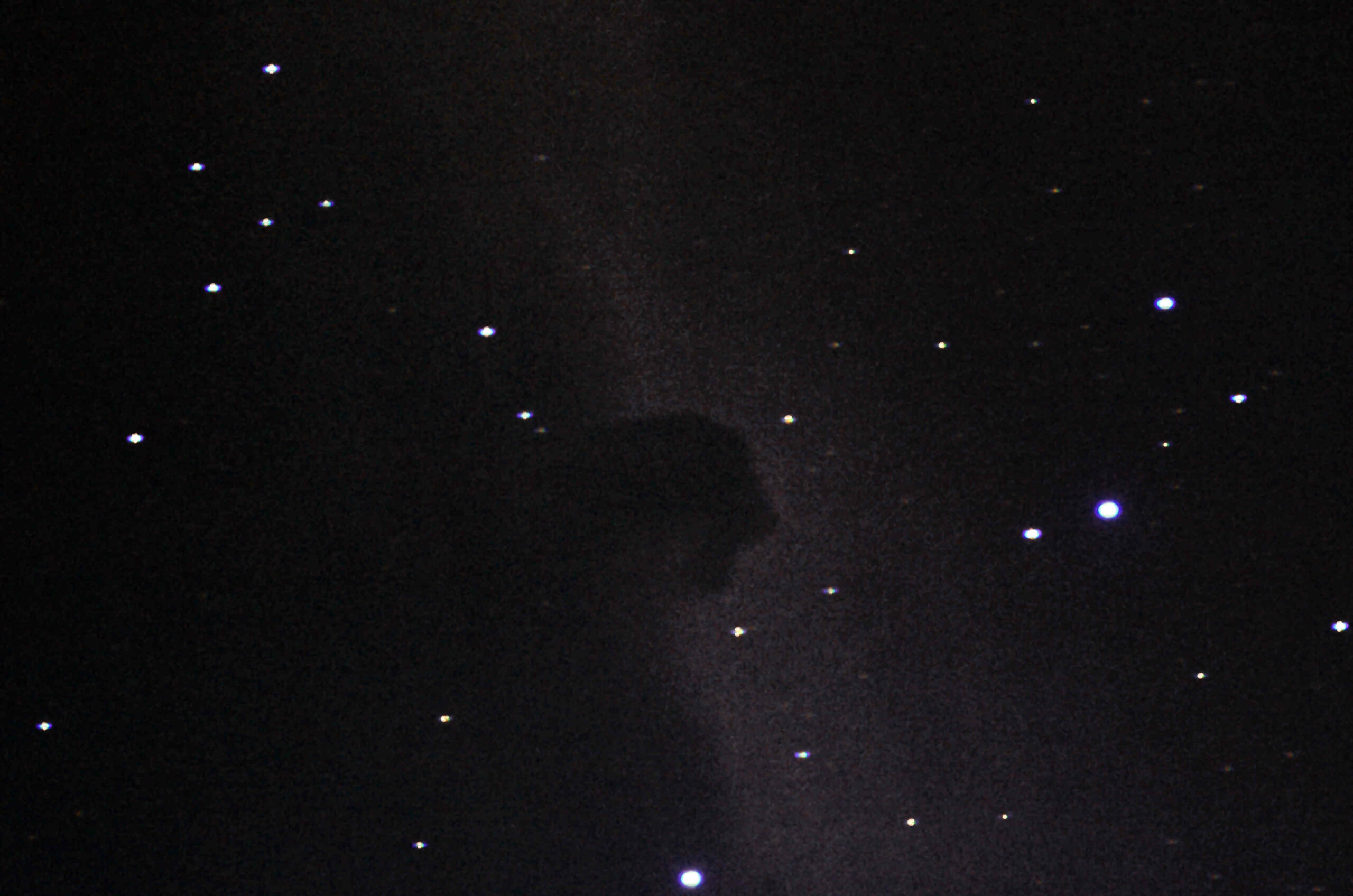 Today we missed a rendezvous. In the context of the HF propagation study, we were supposed to contact a different “Martian base” in Toulouse. There, the radio club REF 31 should have gathered ham radios and pointed its antenna towards the MDRS.

Remember, on Sol 3 we set up the antenna near the Hab. During the following day, we set up the indoor setup: an ICOM transceiver, an antenna adapter, and a computer, linked to our triangle of steel. We did some tests, we received signals from around the planet, so we were hopeful for this morning’s session. But our experiment does not depend only on our work, another big factor named “The Sun” has also its part of the responsibility.

Mars (as Earth), has an atmosphere made of different layers. Among them, one, in particular, allows long-range propagation: the ionosphere. This layer is sensitive to Sun activity (solar storms, eruptions…), and can accumulate electrical charges. And if the total charge is significant, it permits HF waves reflections, and considerably increases the range of radiocommunications.

On Earth you might be able to perform intercontinental contacts, only using basic antennas and transceivers: a ground-ground communication without any satellite or other facility between the source and the receiver. It would be an interesting technique to use between ground stations on Mars!

The protocol was one hour long, testing different modes of modulation, from the more reliable to the less reliable one. But the Sun might not have had enough activity the previous days: we faced a sad silence. We issued calls, but we received no answer. Have we been heard in France? We don’t know yet. But we will twice again before our mission ends, another case to follow!

That was the first experiment of the day for Valentine and me. For the rest of the crew the day was more classic: a maintenance EVA for the atmospheric experiment, adjusting the planning for the next week, repairs in the RAM…

For this one, I would like to thank a lot our Crew Engineer Matheo, who made a great job with the MegaAres antenna, tinkering with what we had in the RAM: it was out of service since the beginning of our mission, and we will be able to put it on the field by tomorrow! Thank you again Matheo (take a look at him and me, striking a pose in front of the “brand new” antenna!).

All the crew is now looking forward to tomorrow, our first “Martian rest day”! We can’t wait!

Summary of RAM operations: Today, we used the drill, the soldering iron, and the electric fill to finish the repair of the atmospheric experiment device MegaAres that measures the local electrical field.

Questions, concerns, and requests to Mission Support: We put a trash bag in the rear airlock for pickup.

Summary Title: Back to (Martian) reality

Sol Activity Summary: In the morning we did an EVA to change the batteries of the atmospheric experiments. Nicolas and Valentine tried to make contact with Toulouse, in France (simulating a different Mars settlement) but it failed, they are going to try again in a few days.

For lunch, we cooked soup with some of the cabbage of our last harvest. It warmed up the crew members which was quite necessary as the day was very cold. Just after lunch, Shannon retrained us about EVAs and the philosophy of the sim. We were very grateful to have feedback: it will help us live the Martian experience better. We then finished the Mars puzzle together, which was quite a nice cohesion activity.

In the afternoon, we worked on our EVA requests to make them precise. Some of us went through human factors experiments. Two of the crew members used the RAM and its tools to do some repair work.

EVA: One EVA in the morning, went well. We are doing 2 EVA Requests for tomorrow.