One small, shallow prominence was photographed on the Sun. No other features were apparent.

Photos were taken with the Skyris camera and the best images processed in Autostakkert, Registax, Photoshop, and PowerPoint to colorize and bring out contrast. The results are attached.

One filament was spotted, but was nowhere to be found when viewed through the camera. No amount of tuning could bring it back. The prominence discovered today seems to have developed as quickly. 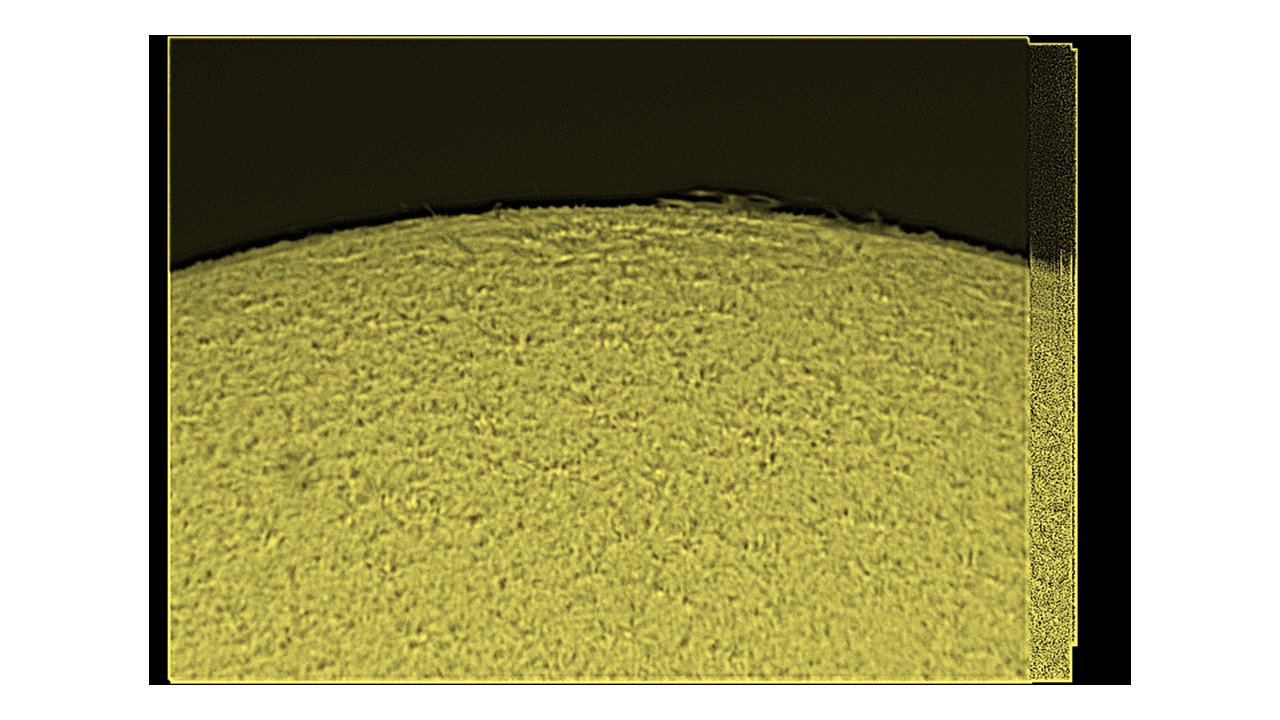