Solar Features Observed: None (no observations made today due to weather). 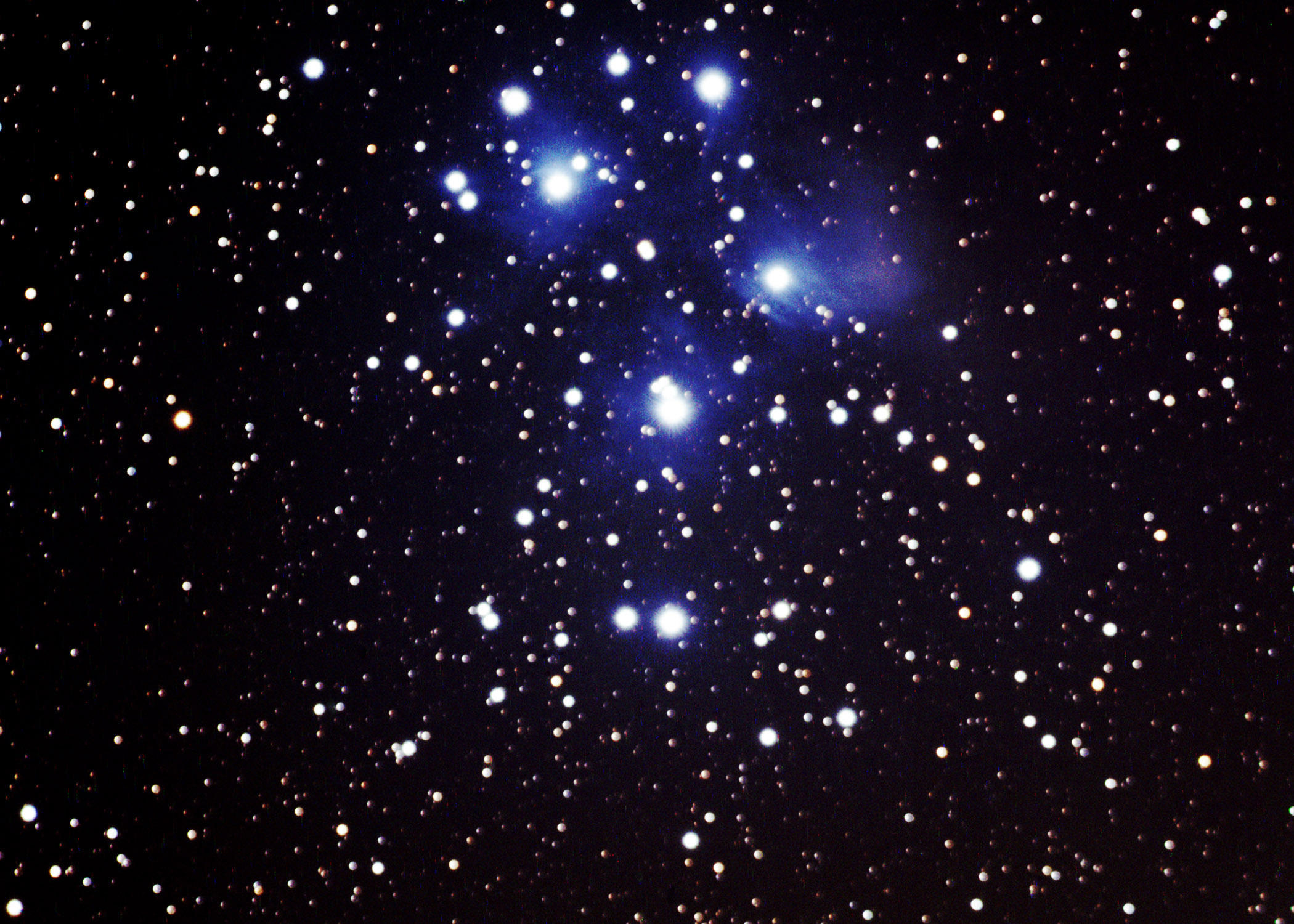 Sol Activity Summary: We discussed and acted out various
emergency/health scenarios, such as strokes, electric shock, hypothermia, fire, and CPR cases. Safety checklist was completed in regards to fire alarms, CO alarms, and medical kits. Microscopes were inspected. Questions about living on MDRS and Mars from eighth graders were answered. Personal experiments were underway.

Look Ahead Plan: Weather-pending EVAs for drone mapping and infrared camera shots will be conducted. Science experiments will continue.

Anomalies in work: No astronomy possible due to cloudy conditions.

Weather: Cold with snow and mud on the ground.

Reports to be file: N/A

Although my crew has been though different changes throughout preparation, I am proud of their efforts and attitude. The unexpected weather conditions have contributed to have vibrant brainstorming.

As Commander, I am learning more about communications. It is challenging to find the right keywords to quickly establish an effective communication with the crew, when environmental conditions are changing. Crew dynamics is always different, although common patterns.

My crew is learning together, and this is a good start.

Generator (hours run): From 5:50 pm last night but stopped at some point during the night. On tonight at 5:00 pm.

Notes on rovers: Rovers were not used or moved since Sunday, in charge from Sunday afternoon.
# Hours the ATVs were Used today: 0
Notes on ATVs: ATVs were taken out of active service and are now parked away from the station

General notes and comments: Due to snow and mud conditions, EVA and engineering tour were not allowed. This was approved by Shannon. Thus some of the measurements could not be performed.

Summary of internet: Everything is fine. To avoid using data during the day (indirectly via phone connections), we chosed to switch off the modem when not needed.

Summary of suits and radios: I found out what was wrong with the suits, it is not the suits but the wall electric plugs (the right wall plugs when coming from the indoor). The plugs are not working, thus the chargers were not working. I charged them on another wall plug but it will be needed to have a look at the wall plugs not working. 1 radio seems not to be working.

Summary of Hab operations: we performed first rescue training together this morning. Regular activities went on.

Summary of GreenHab operations: Lights stopped sooner than midnight, permission is asked to fix the clock.

Summary of ScienceDome operations: I looked in detail at the microscopes, I confirmed they are working.

Summary of health and safety issues: Fire extinguishers were transfered for maintenance, Shannon took them.

Questions, concerns and requests to Mission Support:
To Peter: can we access the weather station data? This would be very useful for my energy modelling project to be able to have daily environmental data (especially temperature)
For “water meter” (loft tank), do you mean what is the delta (i.e how much was refilled according to this scale) or the current level? Thanks. [end]

Sol 3: Life through the porthole

The snow from Sol 1 remains, and with temperatures plummeting last night we stay in the safety of the Hab with our EVA plans on hold for the time being. The crew is working very well together, continuing with science projects this morning and adapting plans as best possible to the weather conditions. Our Commander very kindly gave a first aid refresher followed by a delicious lunch of rice, potato and pea mix. There are no leftovers and plates barely need cleaning!

In the afternoon, we had a group discussion and a welcome team building exercise. The group considered questions from one of our outreach projects – Can plants survive on Mars? How will we get water? How can we generate electricity? What is the best way to cover large distances and could we ever fly on Mars? What is the best way to produce our oxygen? So many questions to be answered before we can journey to and live on the Red Planet.

Although the weather has curtailed our EVA activities, the crew has showed great bonding in a short space of time, being patient, kind, and supporting each other.

We look through the porthole – the cold conditions outside are fairly close to a spring day on the Martian equator, and think of living and working on a world so similar and so different to our own.. 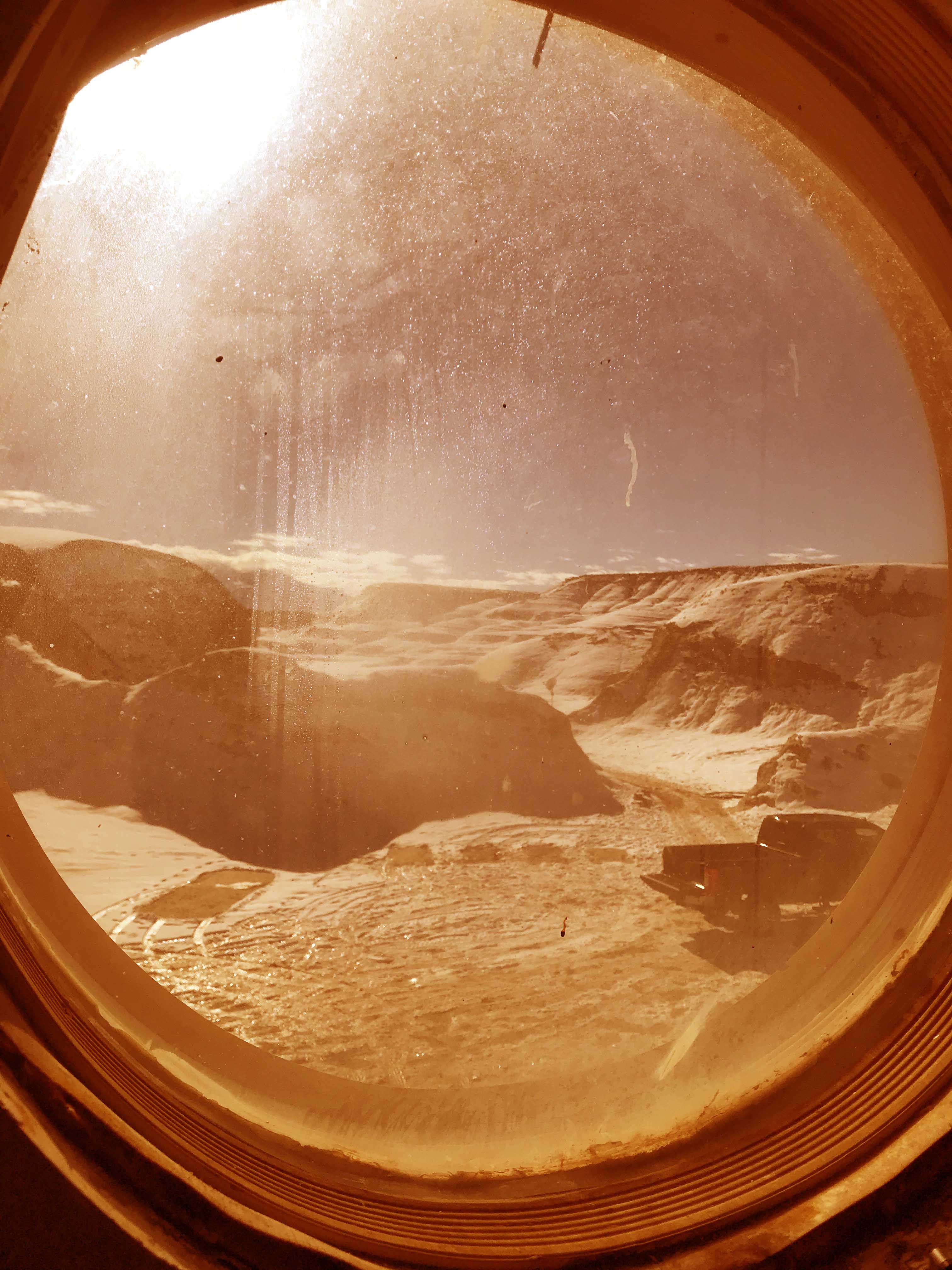