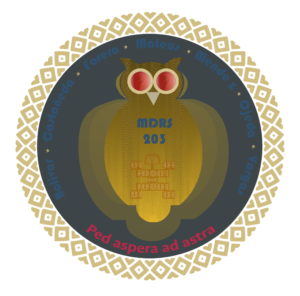 Crew 203 is the first time a 100% Colombian crew participates on the MDRS. It was 2 weeks rotation on which outreach, technology, and science projects were developed. The crew was comprised of 7 members, 1 of which operated remotely, the Crew Astronomer. The background of the crewmembers is on science and engineering majors, mostly focused on space applications, and planetary sciences and astrobiology. The initiative to develop the project arises from different interest on space exploration from research groups of Universidad Nacional de Colombia, the Aerospace Research and Development Group, GIDA-UN, the Astrobiology and Planetary Sciences Group, GCPA, and the National Astronomical Observatory. It is important to notice that Universidad Nacional de Colombia is the largest public university in the country, and has several majors, all together in the same campus, which leads to a highly interdisciplinary environment.

The crew had 2 broad lines of work towards the work on the station, the first one is related to outreach, and the second one is related to science and technology. The interest in developing outreach projects is related to the fact that Colombia does not have a well-developed space field, and this kind of opportunities provide a platform to develop several types of outreach activities, from general to specialized public. In fact, as of the beginning of the rotation, the crew had received exposure to national media. The second line of work is related more specifically to the areas of expertise of the crewmembers, developing projects following years of studies and preparation, and, as it usually happens in space exploration, collaboration with teams left back on Earth.

We are representing our country and university, and for that we picked two elements, the first one is our mascot, a red macaw, or Guacamaya, called Marsta Leticia, native from the forests of South America, and very representative because its feathers carry the colors of the flag of Colombia. The composed name, as traditionally Colombians have, is a transliteration of the name Marta, to include the word Mars, combined with Leticia, which is the capital city of the Amazonas department. Second, our patch is dominated by the colors blue and gold, the owl represents our university, which is shaped like an owl, as designed by Architect Leopoldo Rother, the blue in the background represents Earth, and the red eyes of the owl represent that we have our sight set on Mars. Finally, the golden color represents the El Dorado legend, the ancient riches and traditions of our indigenous people.

To successfully execute a crew rotation on a Martian analog comprised in its entirety by Colombian crewmembers, executing science, technology, and outreach projects.

Learn about the dynamics of an analog mission, oriented towards future training of crews.

Develop a series of scientific and technological projects oriented towards the future of space exploration.

Generate contents which will serve as a basis for developing outreach projects and activities. 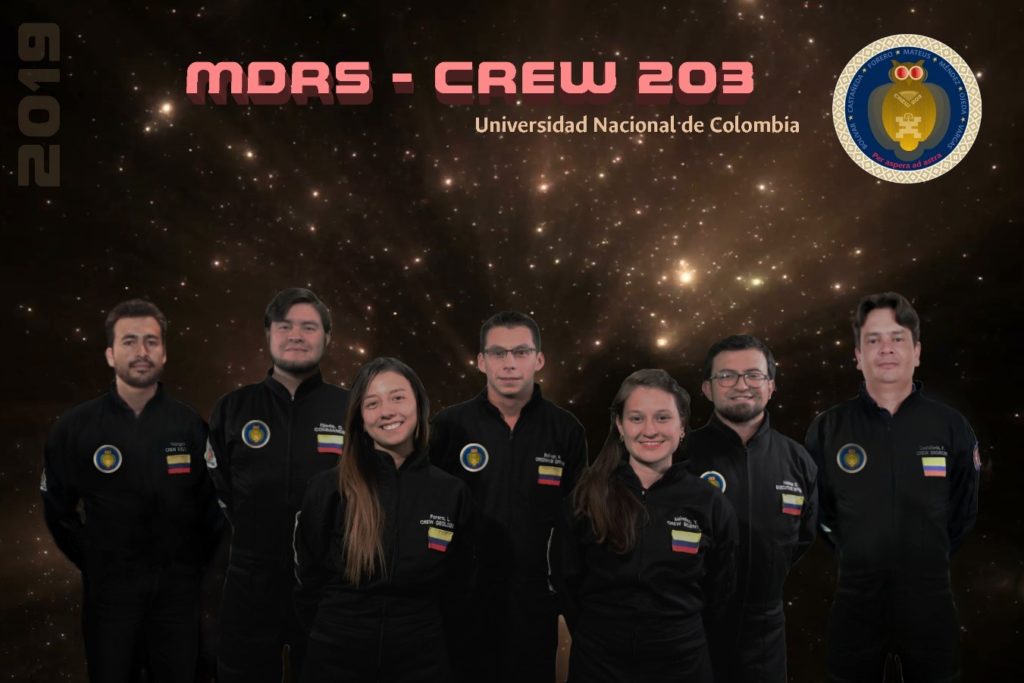 MDRS Crew 203 wants to acknowledge and thank all the people and institutions that made this possible. It’s been a year-long process that required a significant amount of effort from several people. We would like to start by thanking The Mars society, in head of its president, Dr. Robert Zubrin, as well as Director Shannon Rupert, and Atila Meszaros, who made us feel safe and welcomed in this vastness. We would also like to thank all the Capcom officers who were ready to take our reports, comments, and bad jokes during these 2 weeks. And also, all the people behind the scenes working actively to make this possible, Dr. Peter Detterline, David Murray, Scott Davis, and all of those whose name I forget to mention, but surely helped us make our mission smoother and wonderful.

We also want to thank Universidad Nacional de Colombia, our academic home, which allowed us to cross paths and dream about space together. The groups and institutions we belong to, The Aerospace Research and Development Group, GIDA-UN, The Planetary Sciences and Astrobiology Group, GCPA, The National Astronomical Observatory, OAN, and every one of the members which helped us even in the tiniest bit to make this possible.

After having spent 14 days in the station, the crew considers the mission a success. While some of the experiments and research happened slower than expected, the general and specific goals were carried out successfully and we leave the station with a sense of accomplishment, and knowing that the experience acquired will serve to prepare future crews, and to develop better science and technology that will not only serve for the future of space exploration, but also for improving the quality of human life on Earth. The mission gained a lot of media reach on several nationwide newspapers and TV news, which served the purpose of letting people know this kind of research is doable by Colombians. Much of the contents generated during the mission will also be used to generate outreach activities, as well as academic production, contributing to the consolidation of a space sector within Colombia.

It is important to note how the crew bonded on a personal level, and there was a very good environment for work and for personal life. Knowing how to balance those two aspects will be key for the future of space exploration and long term missions.

The crew executed a total of 8 EVAs during the 2 weeks period at the MDRS. While EVAs are a fundamental element for exploration, on future space missions they won’t be frequent, due to the risks they present for the safety of the crew. The main goal of the EVAs for our crew was to perform sampling for Geological and Biological prospection of sites. A total of 8 EVAs were performed, with a total duration of 24 hours. 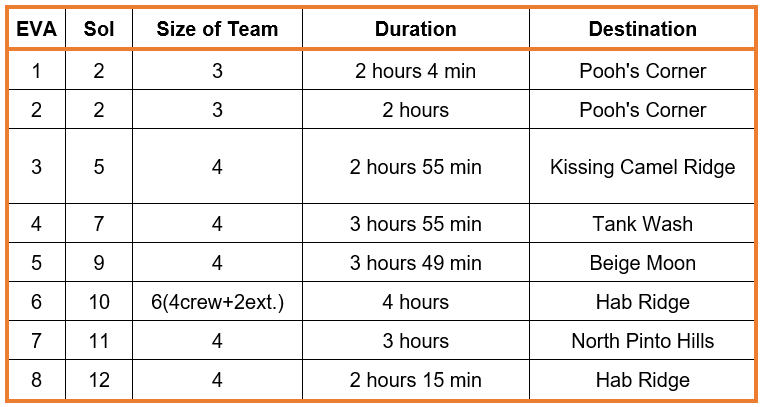 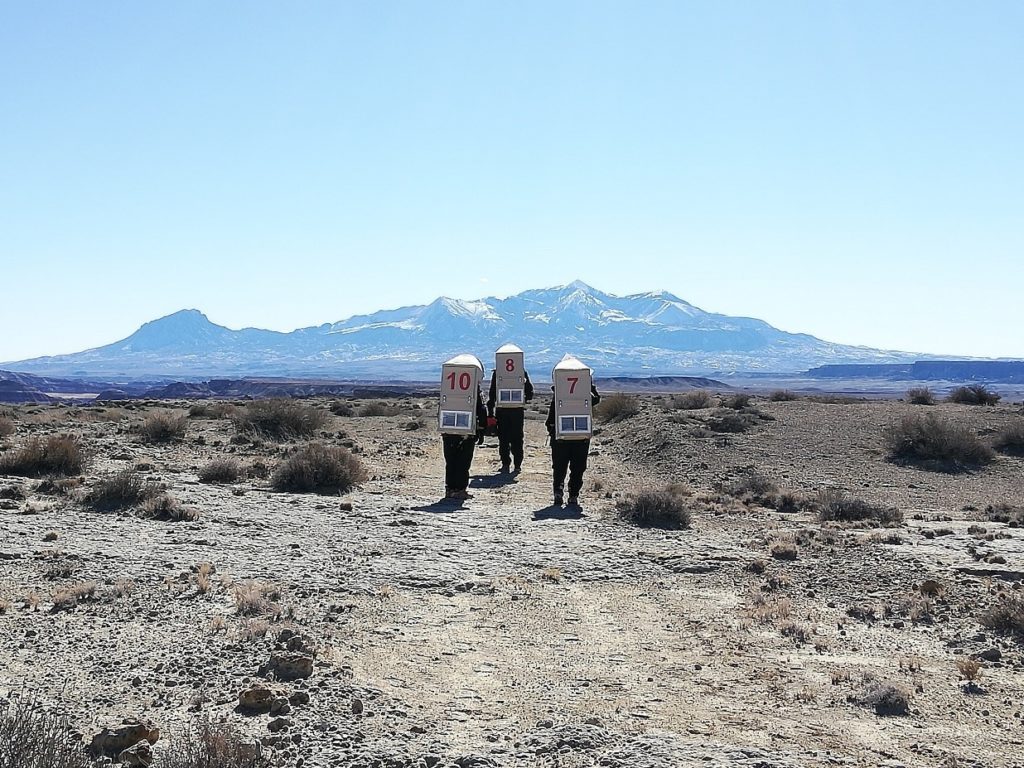 A brief summary of the research results is presented. For more information, please contact the researchers. The projects description can be found in the “Mission Plan” document.

We don’t have results yet, Because, the materials for build the necessary structures arrive to the station late, the experiment stay in process and David will collect the results in the next days.

During the simulation David gathered a set of data of de solid garbage produced by crew 203, this is going to be analyzed after simulation

Results: Some outcrops and rock samples were taken in situ. All the images that where obtain are being processed with other satellite images to create DEM´s (Digital Elevation Models). Each model is a 3D recreation of the photographed landscape.

Results: Some grids were made in different areas of the MDRS zone, for each grid three parameters were analysed, conductivity, pH and absorbance, the results of each parameter lecture are being analysed and processed statistically and are going to be compare with an analogue in Colombia.

Samples were collected in North Pinto Hills and Beige Moon region. These samples were characterized according to their physicochemical parameters, finding that, in these places alkalophilic microorganisms can be found, with a high availability of nutrients.

This project could not be completed. The temperature of the incubator was not stable due to generator failures and thermal shock occurred, which affected the bacterial cultures. It is expected that next crews can resume the experiment.

An unexpected failure in the controller made the equipment unusable for taking measurements, a spare controller was requested but it didn’t reach the simulation time.  The experiment will be developed on the campus of the National University of Colombia recreating the now known conditions of the Mars desert.

The project has been finished, we saw that the number of seeds   on the Martian soil with the potting mix is less than the control, this result, show us the difficult for culture with the Martian soil and require of more research. 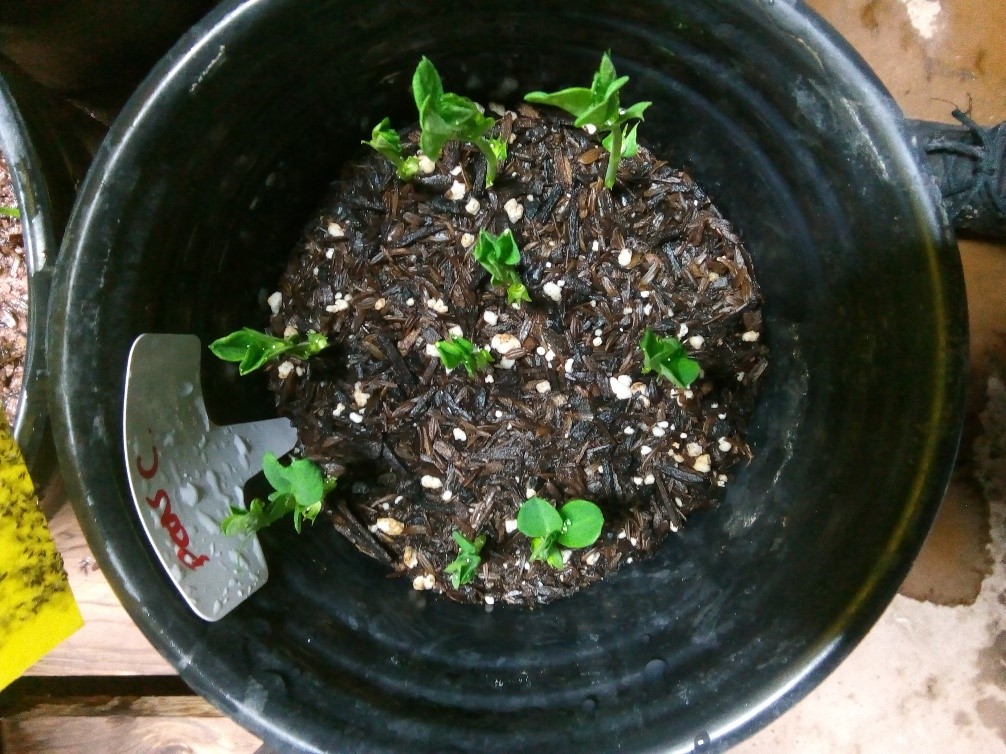 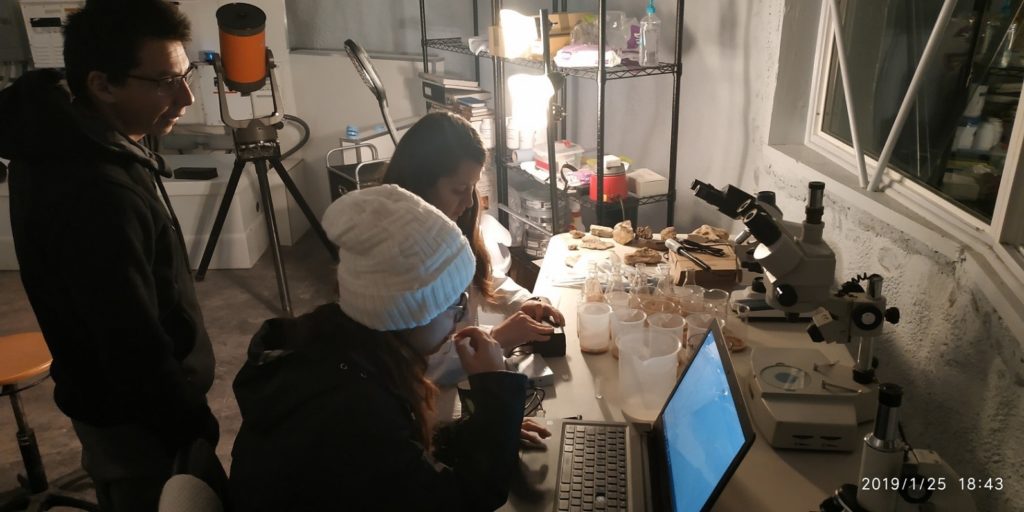 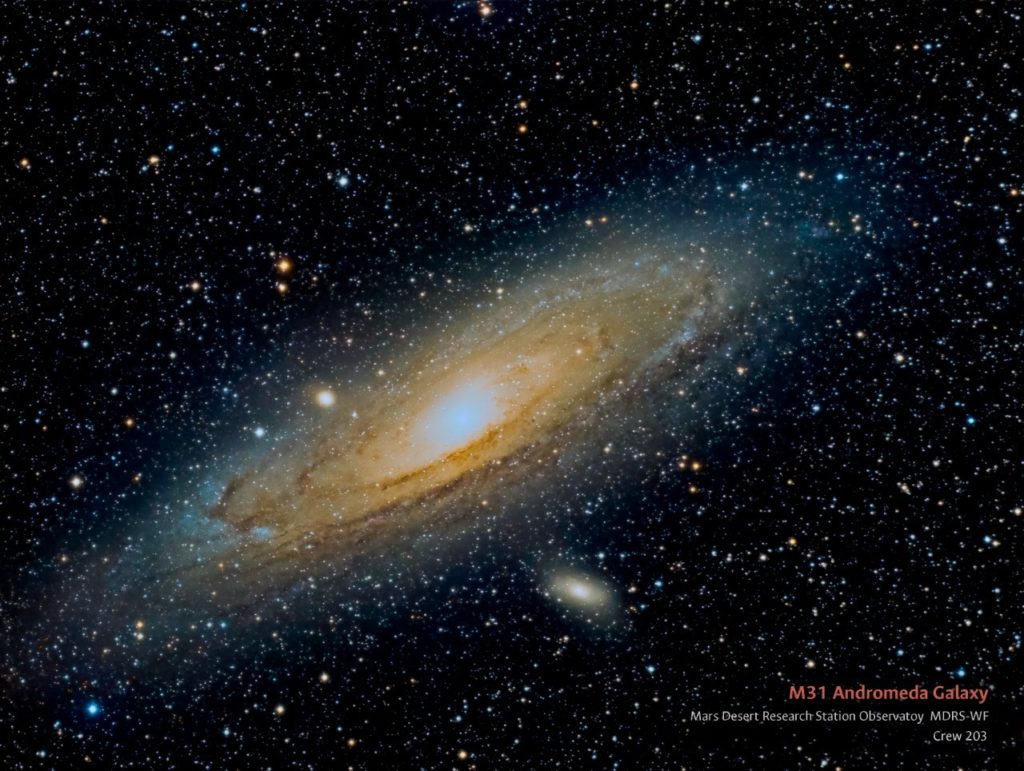 In general, the performance of the station was nominal. Apart from some issues with the diesel generator and a couple suit batteries, there were no anomalies. We consumed all the proteins provided, as well as most of the snacks. Water consumption was measured to be 530gal, plus the greenhab usage, which was enough for food, drink, and basic hygiene. Mission Support was profoundly helpful and was very responsive to reports and requests. We’d like to suggest the Mission Support mailing list to be updated from the beginning of the field season, so that crews will be aware of the situation.

Don’t over estimate the time for science you have on the station, keeping it up will be demanding.

Prepare your projects with time, find out what’s available at the station before arriving and plan accordingly.

Food is fundamental, don’t starve, you have enough food, and get some cooking skills. A fine plate of food can lift the crew’s spirit.

Read the handbook, it’s there for a reason…! 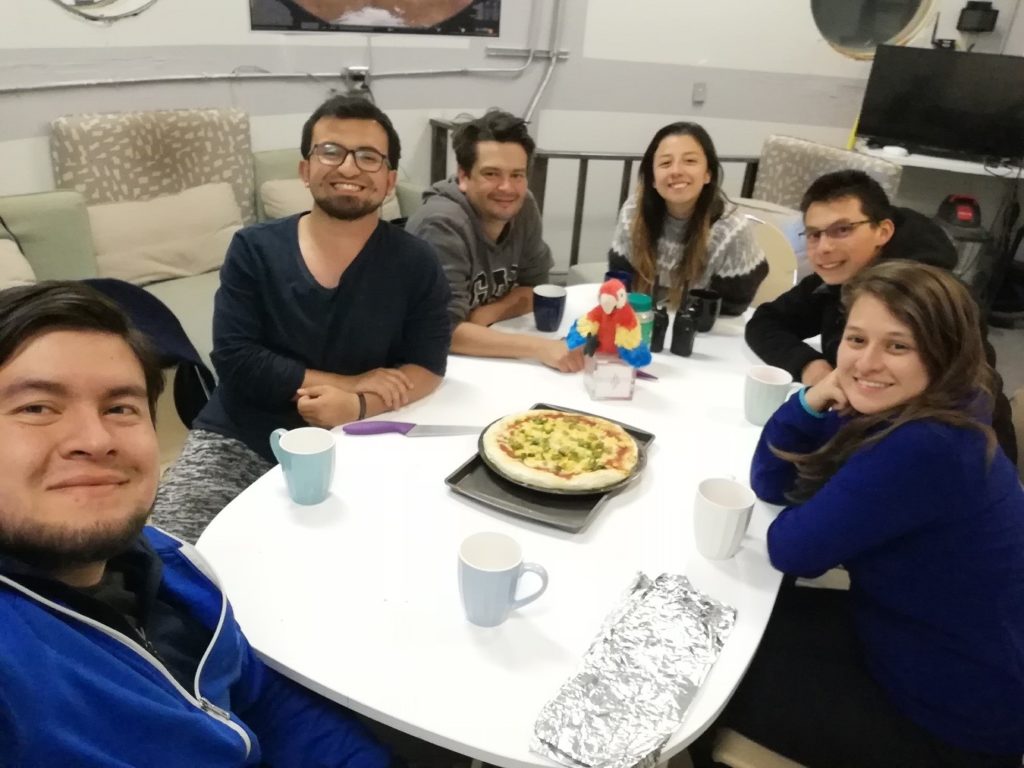