The overall objectives of Crew 265 projects were to assess potential improvements to Mars Desert Research Station operations, increase its media awareness, and assess the quality of station batteries. Projects included testing a new radio communications system, updating the EVA planning map, tracking energy consumption, analyzing equipment device batteries, and increasing social media presence. The crew’s daily priority was to maintain and operate MDRS facilities, vehicles, and equipment in a safe manner. Below is a summary of accomplishments during the mission.

Communications between the Hab and EVA teams normally use small handheld radios on a UHF channel of the General Mobile Radio Service (GMRS). These radios rely upon line-of-sight, radio-to-radio communications, also known as simplex. Previous MDRS crews have noted a loss of communications between the Hab and EVA teams when the latter have traveled into areas beyond hills that block transmissions and reception, a common issue with UHF frequencies and line-of-sight communications in such terrain.  The focus of this project was to test a radio system using handheld VHF radios and a cross-band (VHF/UHF) repeater established on North Ridge.  This allowed the Hab to continue using the same UHF radios and channel as they normally would, while EVA teams used more powerful VHF handheld radios to transmit and receive through the repeater.

During MDRS 265, the project radio system was tested during 10 EVAs, collecting 60 data points to record voice transmission quality at the Hab on both the VHF radios through the repeater and a UHF GRMS channel via simplex. A simple coding system was developed for quantifying the clarity of radio reception: 3 = Clear and readable, little or no background noise; 2 = Readable with some background noise; 1 = Unreadable; and 0 = No contact. Using GIS, these points were plotted on a digital map for review and analysis. From the preliminary data collected, it was clearly demonstrated that the handheld VHF radios operating through the repeater allowed EVA teams to maintain clear radio communications with the Hab in all areas normally visited by MDRS crews. Additionally, when using high-gain antennas, the VHF radios continued to do so in more remote or deeper areas where there has been poor or no contact with previous EVA teams using UHF radios.  A full report with analysis, maps, and recommendations will be provided to the MDRS Station Director once all the data has been further organized and reviewed.

The purpose of this project was to update and improve the MDRS EVA planning map to reflect current road conditions, points of interest, and cartographic elements to aid future crews in their EVA planning. During MDRS 265, all major roads and areas were reached by rover or on foot to capture this information. At the end of the mission, the mapping team met with the Station Director to review the information and to plan post-mission cartographic updating. This work builds upon the GIS files initially developed by Henrik Hargitai and others from 2006 to 2016 to create the current EVA map. To leverage time in the field, the mapping project EVAs ran run concurrently with radio communications testing. After a review of the collected data by the Station Director, a map will be generated post-mission for final evaluation.

The project goal was to implement Smart Home technologies during a Mars analog simulation at MDRS. We studied how automated technologies could improve daily life at the station, how much time it would free up for the crew, and how it would help ground control to collect data from the station. To conduct this study, we used a Smart Home server, control terminal, temperature sensors, humidity sensors, air pressure sensors, door sensors, smart plugs, smart light control, and remote controls.

During the first phase of two days duration, we observed crew dynamics and how they used the station systems. During the second phase, we installed the following:

During phase two, crew training was conducted on how to use Smart Home systems. Feedback from the crew was received and implemented, if possible. At the end of the mission, all devices were removed from the station. An extensive report will be provided after all the data have been reviewed.

The many portable devices at MDRS use batteries, all with finite life and various ages, resulting in some device failures for nearly every crew. For this project a battery analyzer was used to test all suspect failed EVA suits and all operating radio batteries. All batteries installed in EVA suits were tested in parallel by charging to full and then running the fans continuously, checking battery voltage at time intervals for up to four hours. Following the tests, labels were attached to each radio battery and suspect EVA suit batteries, indicating a date of test, battery capacity, and “good”, “fair” or “failed”. All results were sent to mission support.

The following tasks were accomplished:

Over the course of the mission, I captured videos and photos of the crew. Some of this content was released during the mission, others are still in the finishing stages of editing and will be released post mission. As part of my crew responsibilities, I also wrote a daily journalist report and submitted official photos gathered from myself and fellow crew members.

I was able to obtain and post a video of a layman’s explanation of our crew’s mission by the Commander Levesque. I didn’t gather quite as many crew interviews as I had originally hoped, particularly from him, but I anticipate following up post sim to add to my project and possibly do a feature piece on our commander.

In terms of writing, I will be submitting some pieces to both Blue Marble Space Institute of Science and to the Mars Society.  I hope to particularly focus on the psychological experience of being here, as I don’t know if it’s possible to fully articulate and encapsulate thoughts while in sim, especially for me. I had some unique mental challenges I didn’t expect, and I’m eager to process and write about them.

As of Wednesday, May 4th, these are the analytics I could pull from my socials:

There will undoubtedly be more follows/shares/likes as time goes on. I will continue to post videos and pictures post mission. I also have not taken into consideration interactions with my website in these metrics. My hope is to compile post mission a summary written piece, with an emphasis on Marc’s story, to submit to a major publication (ex: Scientific American, National Geographic, Discovery, etc.) with the assistance of Blue Marble Space.

Finally, Crew 265 wishes to express its deep appreciation to The Mars Society for being selected to serve in a mission at MDRS and for the support it received from CapComs and especially Station Director Rupert. It is our hope that we performed well and helped to improve future MDRS operations and media presence. 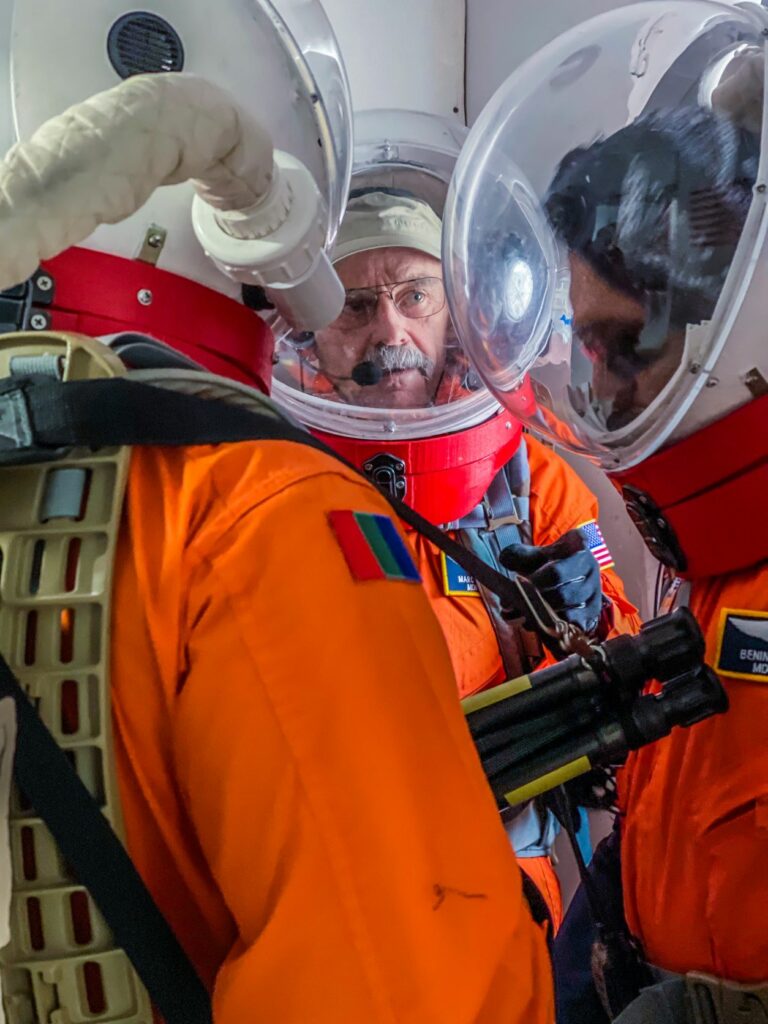 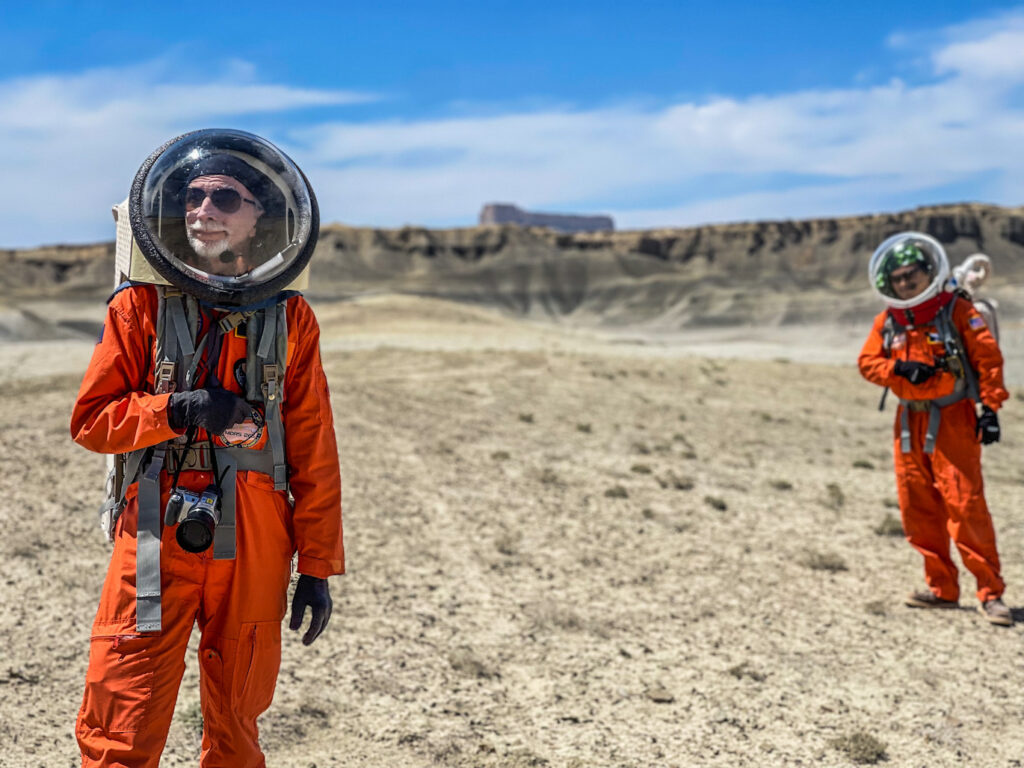 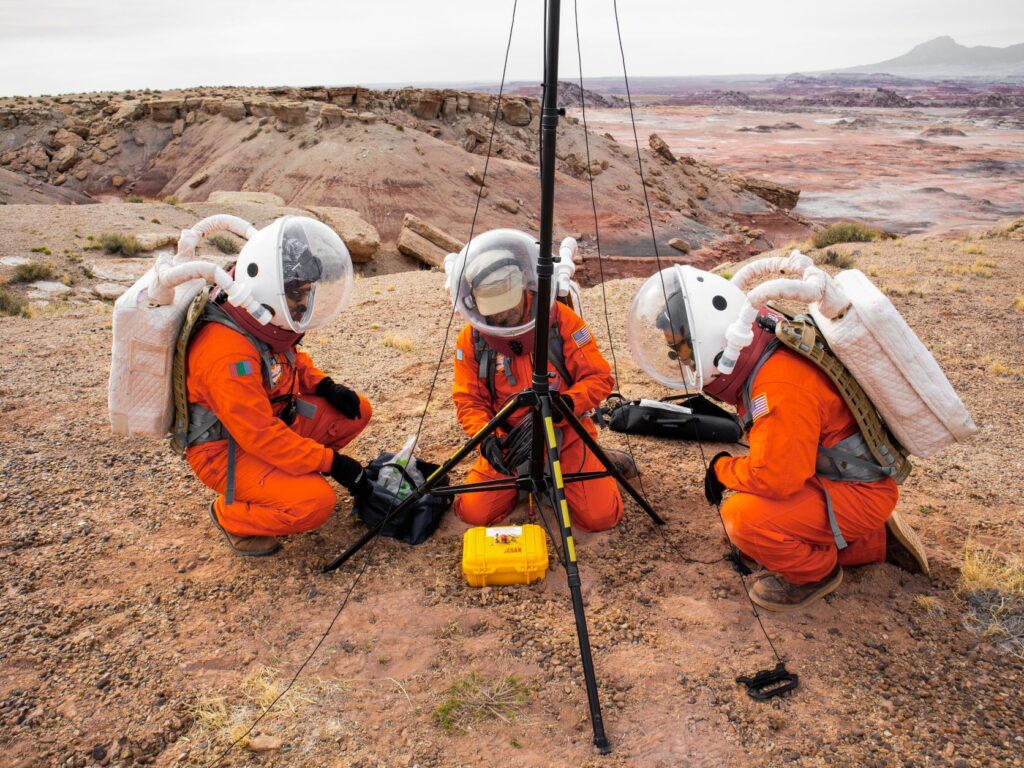 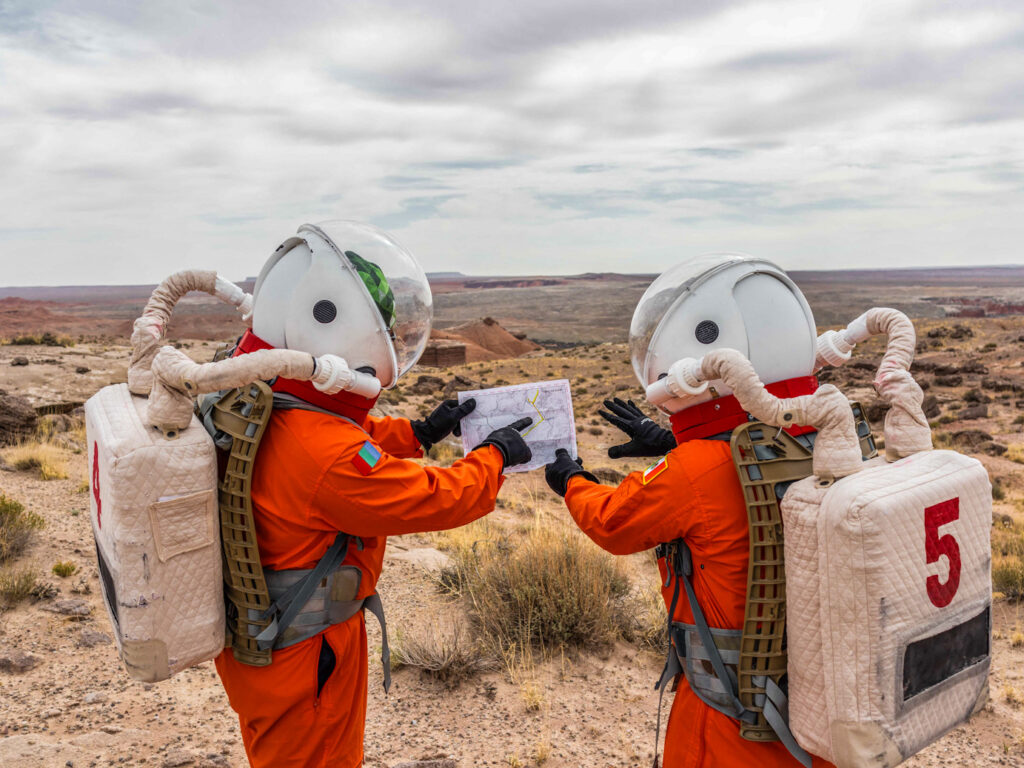