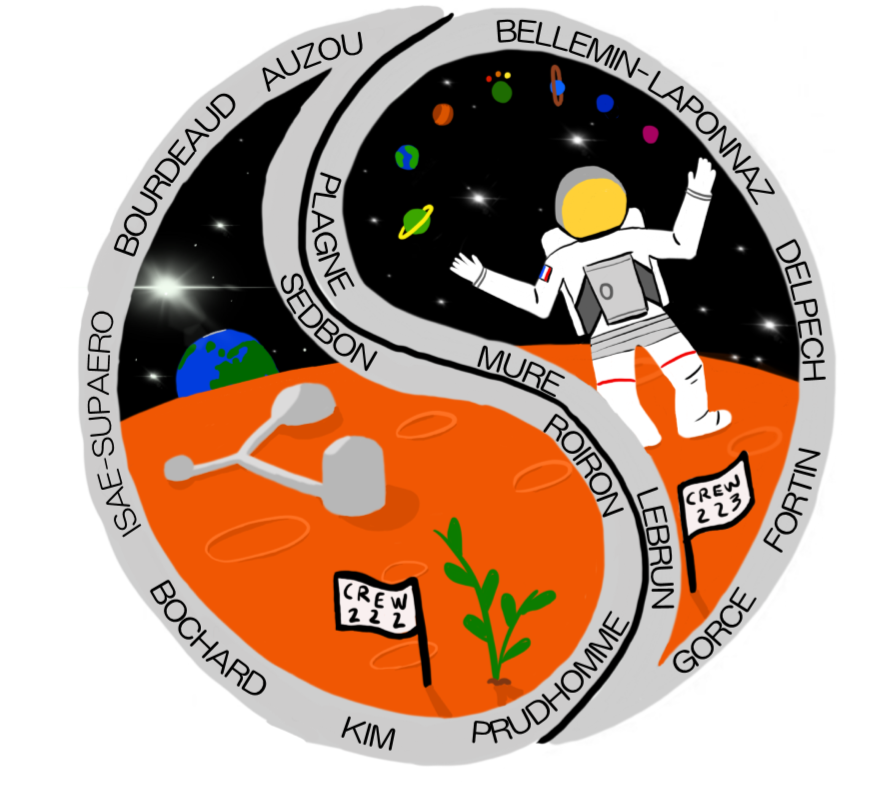 The mission 222 is the sixth mission of ISAE-SUPAERO students in the MDRS. This mission is combined with the crew 223, also composed of students from ISAE-SUPAERO. Indeed, the two crews share the science, and prepared these missions together. 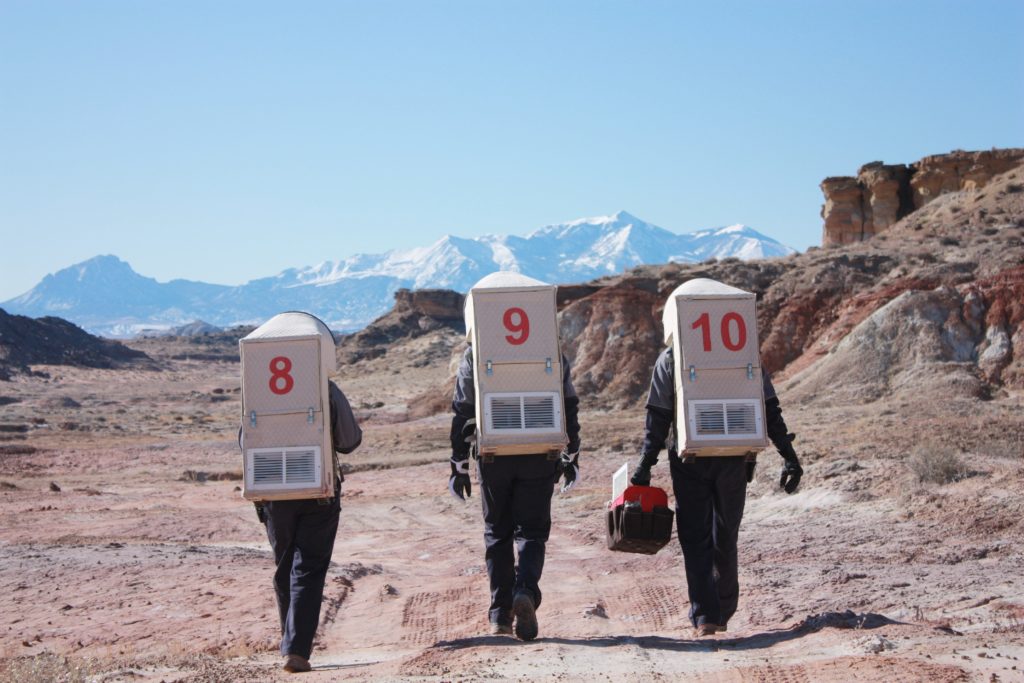 As students, this mission has for us a pedagogic dimension. The preparation of those two weeks has been intense for one whole year and taught us to work as a group, to make decisions, but also to manage an association and a budget. Then here in the MDRS we learned to lead experiments on a very specific field, with the constraints that come with it. Furthermore, we evolved with six other people during two weeks and learned a lot on ourselves and on the others.

As a matter of fact, our crew was marked by a good cohesive spirit. During this mission we shared a lot of moments together, in the Hab and on EVAs. We talked a lot and shared our feelings during those moments. For example, at the end of each day, we had a moment called the “Word of the day”, where each crew member chooses a word to describe his/her day and explains it to the others. It was interesting to see that everyone had a different perception of the same sol.

After those two weeks, each of us has found answers to his own objectives of the mission, and as a crew we also tackled the group objectives, from a scientific and a human point of view.

The crew transition with crew 223 is ready, and we look forward to exploiting the results of all the experiments we deployed here.

Moreover, in 2021 a new crew of students from ISAE-SUPAERO will come here to continue the work we are doing for now six years in our association, the Club MARS of ISAE-SUPAERO. The strength of our crews is the cohesion, as we are preparing this mission together, and the fact that year after year we have a database of experiments and we share the experience as the veterans of the previous missions.

During the past two weeks a lot of projects have started in the MDRS. We wanted to work on different aspects of a future sedentary life on Mars.

Concerning plants and food we started several experiments that will continue with the second crew of ISAE-SUPAERO (Crew 223).

We grew Spirullina which would enable future humans on Mars to eat very nutritive algae. Today the Spirulina is growing in the aquarium and we hope that the next crew will taste it (it grew about 0,5 cm at the top of the aquarium). We also started the Aerospring moss garden. This garden can be placed in different environments and different temperatures. We are currently observing the development of roots (herbs and vegetables) in the garden with a highly controlled amount of ater (max 75L of water in the garden with every nutriments inside). Besides, we also wanted to compare this vertical garden with the same seeds in gelatin. At this moment we can’t observe any change inside gelatin but we can’t make any conclusion yet.

When we first arrived in the station we noticed the heavy and bulky equipment a human has to put on itself before going outside. That is why we wanted to test the Backpack combined with the LCVG for an EVA. Unfortunately we did not have time to test this outside the RAM because it was not sufficiently efficient and we did not want to take the risk to go outside with a dysfunctional equipment. At this moment everything should be working well and the next crew will be able to test it during an EVA.

We also put two experiments in place, taking measurements continuously during the day. The LOAC is sorting the air particules present in the air of the Utah Desert surrounding the MDRS. The results will be analyzed after the mission, by the researcher responsible for this experiment. The MegaAres is studying the electromagnetic field of Earth (before Mars …). It will be very interesting to measure the difference between day and night and depending on the hour of the day.

We know that water is an essential ressource here on Earth and moreover on Mars. That is why we put in place a water consumption device in the HAB in order to know where the water is used to live on Mars. Today every cables are plugged and the next crew will be able to know precisely how they use their daily water.

A Human Civilization on Mars

The Human Factors experiments went very well. It was a special moment, every day for 13 days. Everybody participated willingly, it helped the crew be more bonded. We can’t disclose the purpose of the experiments now because the members of Crew 223 will undertake the same experiments. 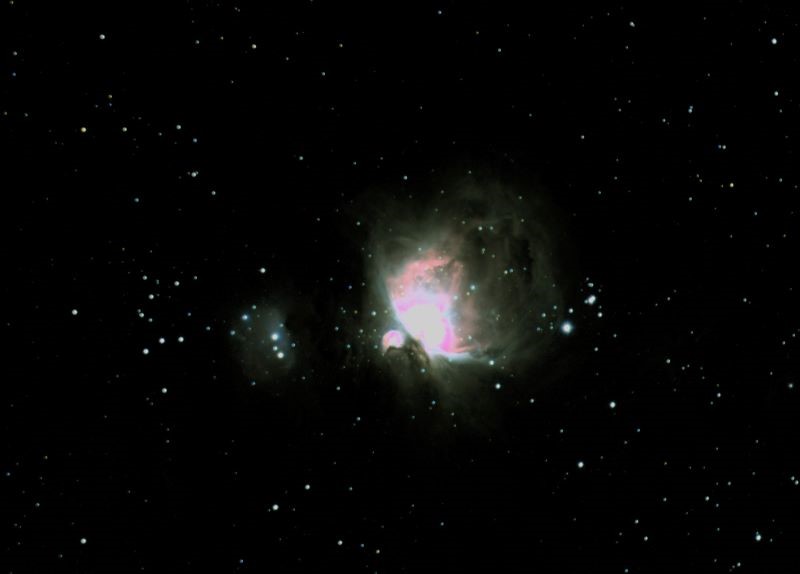 Both astronomy projects have progressed with several gigabytes of raw data gathered and expected to be processed back at my school (ISAE-SUPAERO). Regarding the supernovae research project, nearly half of the target galaxies has already been imaged twice as part of the weekly observations, with the other half pending the run of the MDRS-14 telescope in the coming days. The astrophotography project has yielded beautiful images of the select deep sky objects. A couple of targets could not be imaged as planned because they were not visible for long enough after sunset. I am still looking forward to keeping on with both projects after the mission, in close collaboration with the Crew 223 Astronomer Florian Delpech and the astronomy club of ISAE-SUPAERO. I hope the raw data collected during the mission will be a valuable resource for scientific and training purposes.

This has been a shortened field season due to Covid-19.

No Astronomy Summer Residency This Year.