We had our first death in the field today. It wasn’t the engineer, she had her equipment on lock and in tip-top shape. It wasn’t the geologist, he collected a plethora of gorgeous samples without interruption. It wasn’t the scientist, fortunately for his research and for the perilous drive back, which tested his acute rover piloting skills. That only leaves one.

It’s a funny thing, losing your air. At first you don’t even notice it’s thinning. And then it’s like you’re biting into something that doesn’t have nearly as much texture or flavor as you were expecting. And then the flavor’s completely gone, and you’re left utterly lacking for a moment. You can still inhale and exhale perfectly fine, but your lungs come out of the exchange empty-handed.

I made it back to the rovers with visibility failing, but it was a 25 minute drive back to the Habitat and admittedly I hadn’t been practicing my Olympic breath-holding techniques. I let out one last wisecrack, and that was that. Not a bad way to go, honestly. My family hasn’t been notified yet, so I suppose this is how they’ll find out. Surprise!

While the four (three and a half, really) of us repressurized at Hab, sweet Hab, the rest of the crew finished preparing some kind of unconventional medicinal salve. Its technical name was something along the lines of “chicken noodle soup,” though I could be misremembering. The medical realm eludes me, but it seems to have done the trick! I retreated to my hobbit hole to recuperate and took the most bomb nap of my life (lives?). Something about departing from this mortal coil really takes it outta you, I guess!

Other than my equipment-based curse rearing its ugly head in the most morbid way possible, the EVA was a success! We made it to Barainca Butte with little tribulation. We did have to ditch the rovers at a certain point, when the trail became too treacherous, but we needed the exercise anyway. The butte blessed us with picturesque landscapes, plentiful rocks of unbelievable variety, and nooks and crannies ripe for interesting thermal imaging.

One quick dissociation from reality later, and the smell of dinner suddenly permeated through the whole Hab. Pavi and Cesare prepared a phenomenal couscous & curry concoction, as conversation vanquished the hours and the weather slowly began to sour.

I now write this as the Habitat shakes and resonates, battered by the elements. The wind whistles over the dimple in our roof like a belligerent god blowing a giant jug of moonshine. Sometimes the raw power of the Martian climate just takes my breath away.

Ooh, maybe a little too soon for that one…

Sol Activity Summary: It’s not Groundhog Day but it feels like we lived yesterday all over again. After having to cut yesterday’s EVA short due to radio issues, we retried the EVA today with the same wake up time, same breakfast, same EVA crew, same destination, but without the radio failure. Meanwhile, the remaining crew at the Hab spent time catching up on research and a few good books. After reuniting over bowls of chicken noodle soup, we continued with research and individual free time. The plan is to watch Airplane on someone’s small laptop screen to top the night off. Too bad the Hab doesn’t have any Bill Murray movies.

Look Ahead Plan: The forecast for tomorrow includes some rain, so we will request an EVA and see if the weather allows for EVA tomorrow. If no EVA is possible, the crew will spend a day inside working on research, outreach and free time.

Anomalies in work: None

EVA: Today’s EVA was successful with both research objectives achieved. A crew member’s spacesuit fan died towards the end, but the crew quickly returned to the Hab after.

Support Requested: It is very windy tonight so is there anything special we need to do to make sure doors don’t blow open?

List any additional daytime hours when the generator was run: None

Solar— SOC % (Before generator is run at night): Information provided by Outpost

Ethanol Free Gasoline: Not in use

Static to Loft Pump used: No

Ending charge (On return from EVA 1, before recharging): N/A

Ending charge (On return from EVA 2, before recharging): N/A

Notes on rovers: One of the rovers was accidentally not turned off after the EVA today. This was identified about three hours after the return from the EVA and resolved with an emergency EVA.

Reason for use: N/A

CrewCar used and why, where? No, but we did not report mileage when leaving Grand Junction and heading to MDRS. Mileage – 198640. Tank is full. No damage besides normal wear and tear. Oil was checked — it’s about 75% full (oil level was around the 4th of 5 dots).

General notes and comments: None

Today, the fan on one of the suits slowed down considerably about two hours into the EVA, causing the crew member’s helmet to fog up. The EVA was immediately halted, and the crew attempted to return to the Hab before the fan stopped. Unfortunately, the fan completely failed just about 10 minutes after. It was later found that the suit was only plugged in partially, resulting in an incomplete charge.

Summary of any observatory issues: In correspondence with the

Questions, concerns and requests to Mission Support: None

Daily Water Usage For Research and/or Other Purposes: None

Changes to Crops: None

Objects Viewed: None, but processed M37 images taken 2 days ago 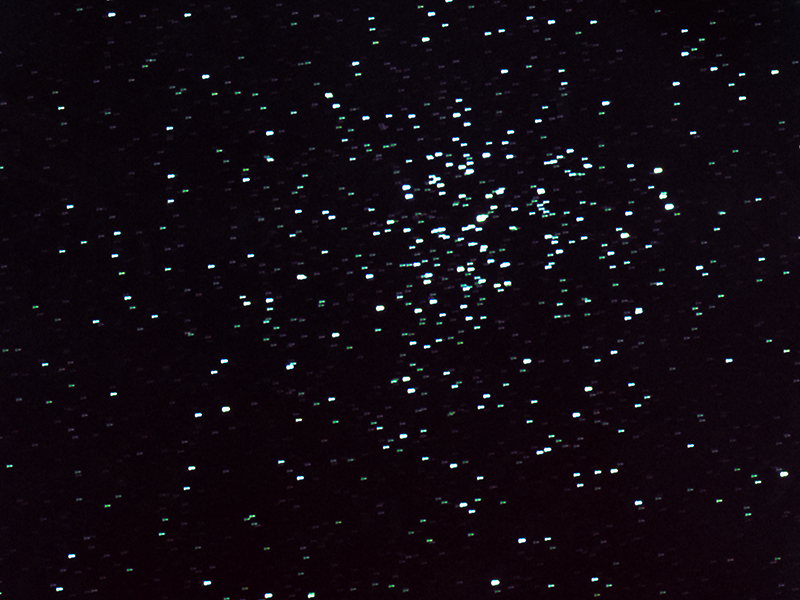 Narrative: The team began EVA preparation around 9 and entered the airlock at 9.31, just at the beginning of the EVA window. Crew Journalist replaced his earpiece that caused issues on EVA #3. After depressurization, the crew boarded the vehicles and headed south along Cow Dung road. After a drive of about 5 km, the crew walked towards Barainca Butte. Along the way, XO had a couple of stops to collect rock samples. One rock is brown and black and heavily vesiculated (possibly scoria). Other rocks came down from upper layers of hard mudstone and conglomerates. Meanwhile, SCI took rock temperature measurements for a project on thermal inertia of minerals at MDRS. ENG and JOU assisted and documented the work. The EVA crew reached the south side of Barainca Butte and continued its research proceeding counterclockwise around the butte. After having walked about one quarter of the perimeter of the butte, JOU noted some increasing fogging of the helmet and asked to position the fan switch at maximum speed. The fogging decreased, but JOU reported the fans slowing down. The crew decided to reduce the EVA time and began walking towards the vehicles. Unfortunately, within just a few minutes, JOU experienced a total loss of the fans which, on Mars, would require an urgent contingency rescue or would result in loss of the crewmember. Since the fogging disappeared quickly and JOU reported receiving enough air from underneath the collar, he elected to keep his helmet on for the drive back to the Hab. During the drive back, the crew met some astronauts onboard terrestrial-looking vehicles. The crew stopped the vehicles on the side of Cow Dung road, south of Kissing Camel range, to let the unknown astronauts pass by, with a brief and very amicable exchange of nods and smiles. The crew returned to the Hab about one hour earlier than the expected time, without further incidents.

Road(s) and routes as per MDRS Map: from the Hab south on Cow Dung Road, west towards Barainca Butte (region J)

Mode of travel: Driving and walking