Skip to content
Astronomy/Science Officer Toluwa Fayemi
As far as our relatively uneventful stay on the Mars Desert Research Station goes, today was a bit more on the eventful side.
The morning started late and we jumped straight into preparing our experiments for the day. Jordan and I spent a good amount of time in the Geology Lab, testing our field 3D scanner on the specimen we retrieved from our EVA the previous day. The results were promising, but we expected to run into some issues in the field. Surely enough, it was difficult to scan an object 360º around while carrying the laptop with us without ‘losing’ the object in the scanner field, particularly in this terrain where the specimen of interest tend to be identical in colour to the ground around it. The sunlight also made it extremely difficult to see the laptop screen, making it difficult to monitor how well we were actually scanning the object.
During the same EVA, we managed to get some exciting photography/videography of the surrounding landscape which may be useful for future exploration/EVAs.
As far as astrophotography, I have been experimenting with me Canon t4i DSLR on various shutter speeds, apertures and ISO settings to continually improve my results. Some of the pictures and the settings used to obtain them are shared below. 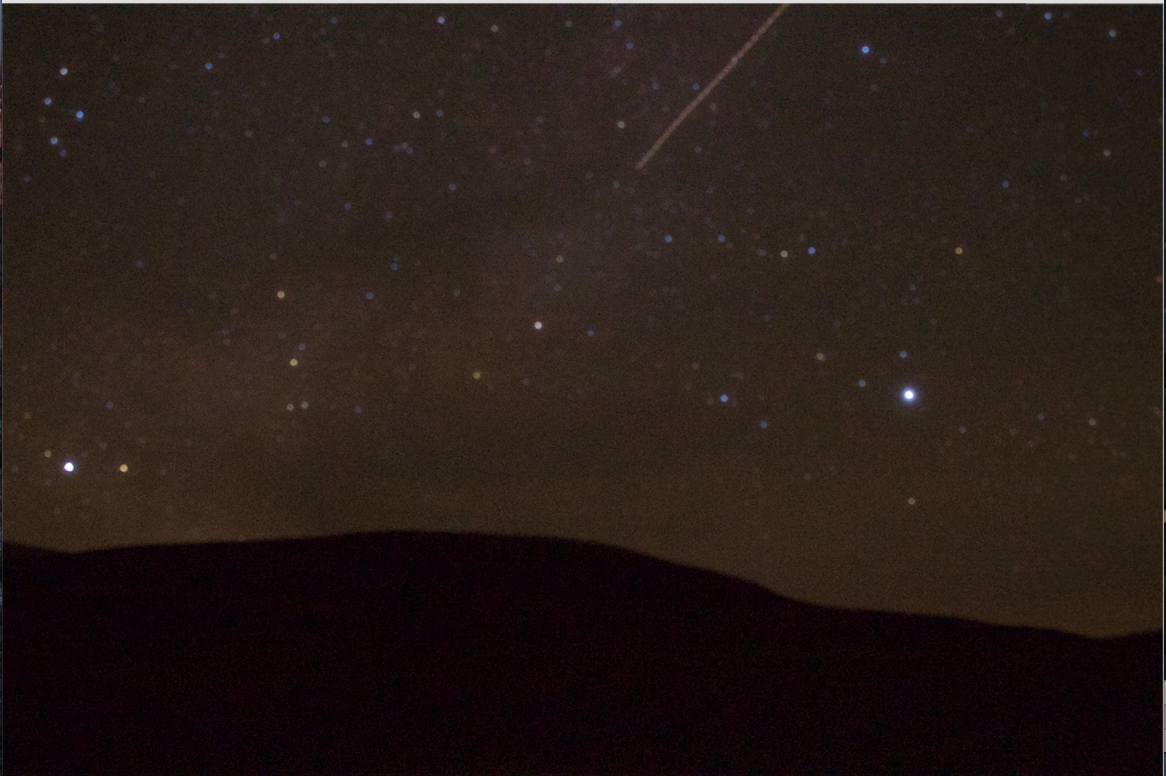 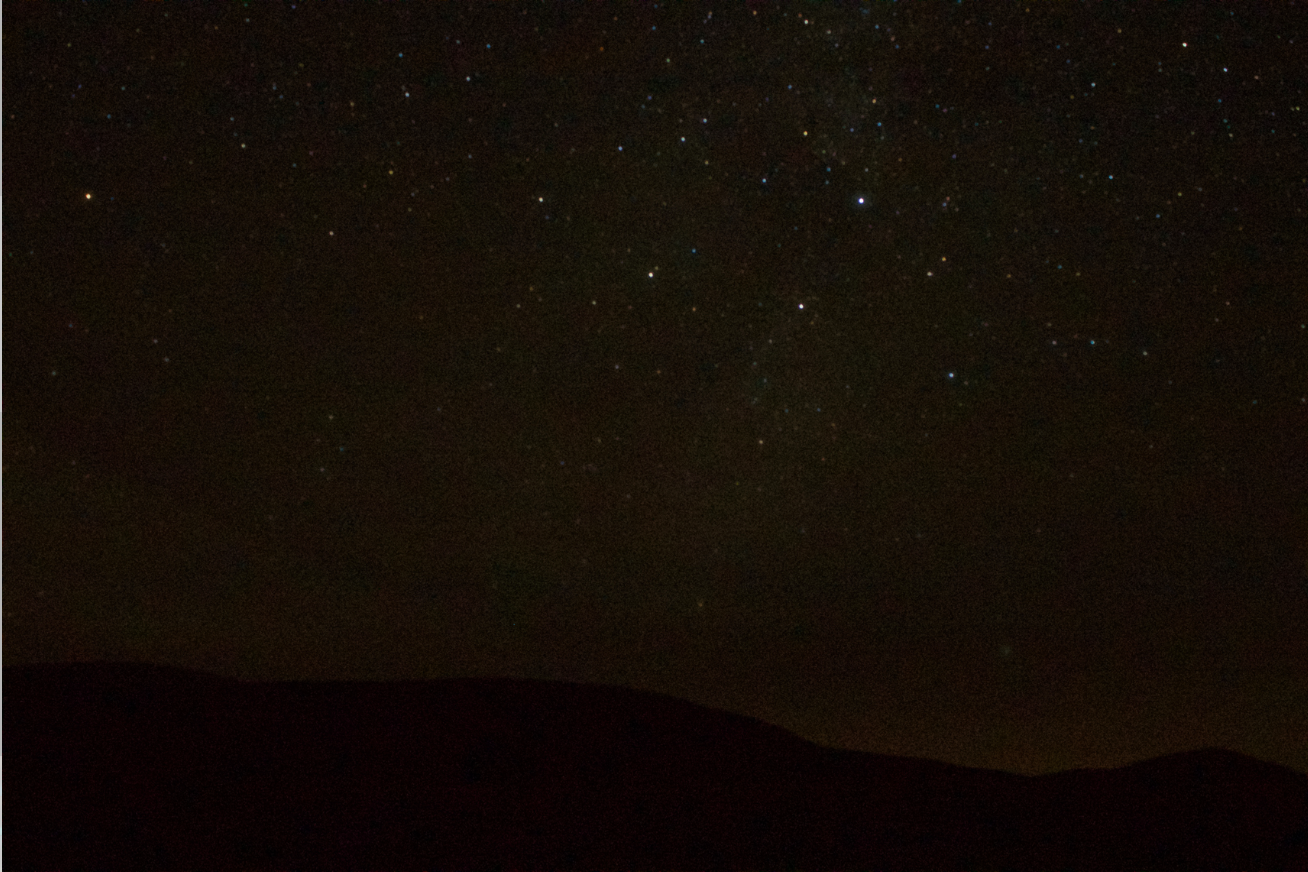 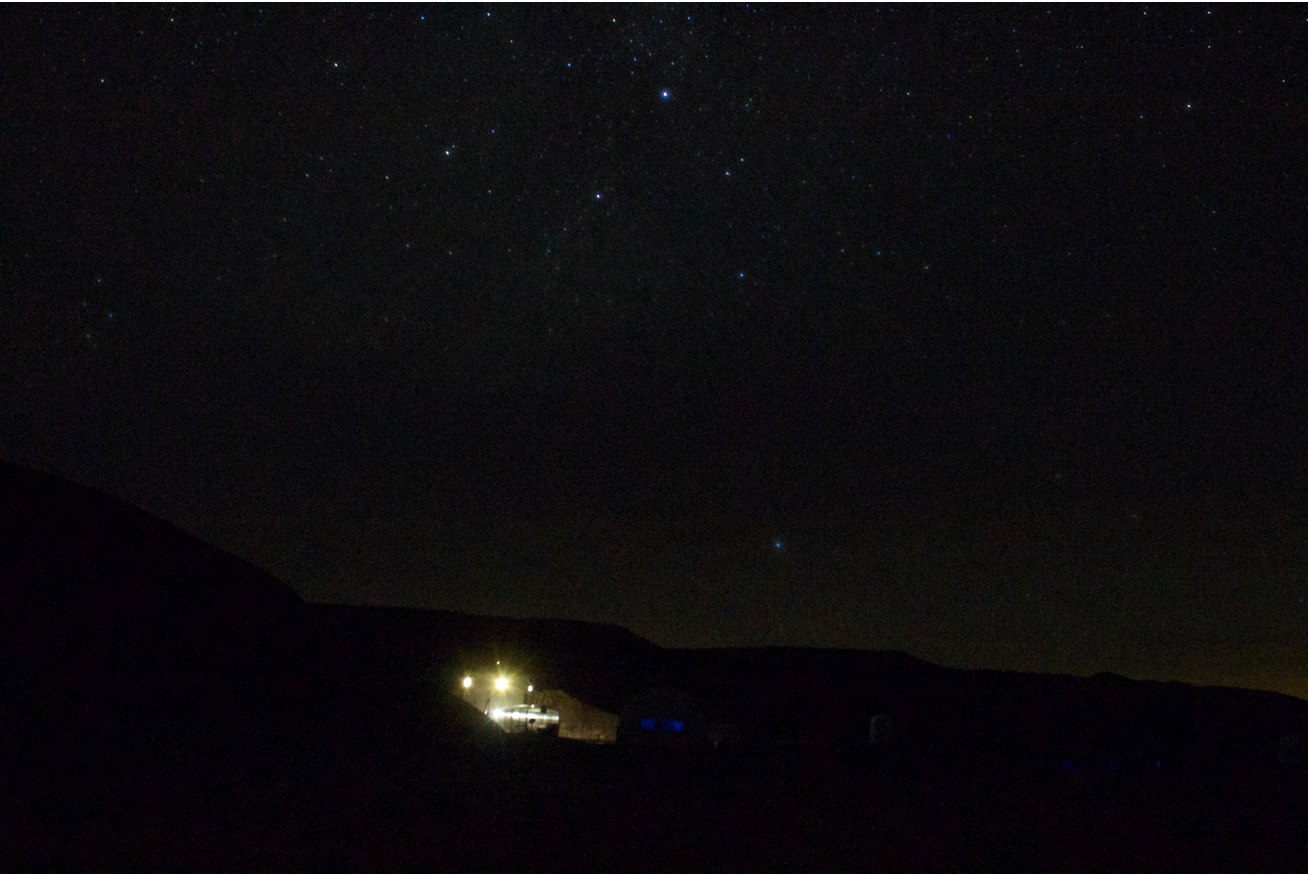 This is the second shot I took with the HAB in view. I set the ISO to 64000 on this one, lower than the 128000 of the previous. The ambient light from the HAB was a tad too much for an ISO so high. This appears to be the better shot. Both shots had a 25 second shutter time and an f-stop of 6.3.