Monitored the sun for sunspot activity. Only one sunspot was found – it appears to be a merger of the two seen on the previous observation. Prominences were very small and only visible with the eye, not with the Skyris camera. No flares or filaments were seen.

Problems Encountered: Clouds later in the observation period, after sunspot image was taken. The Registrax program froze and had to be restarted. 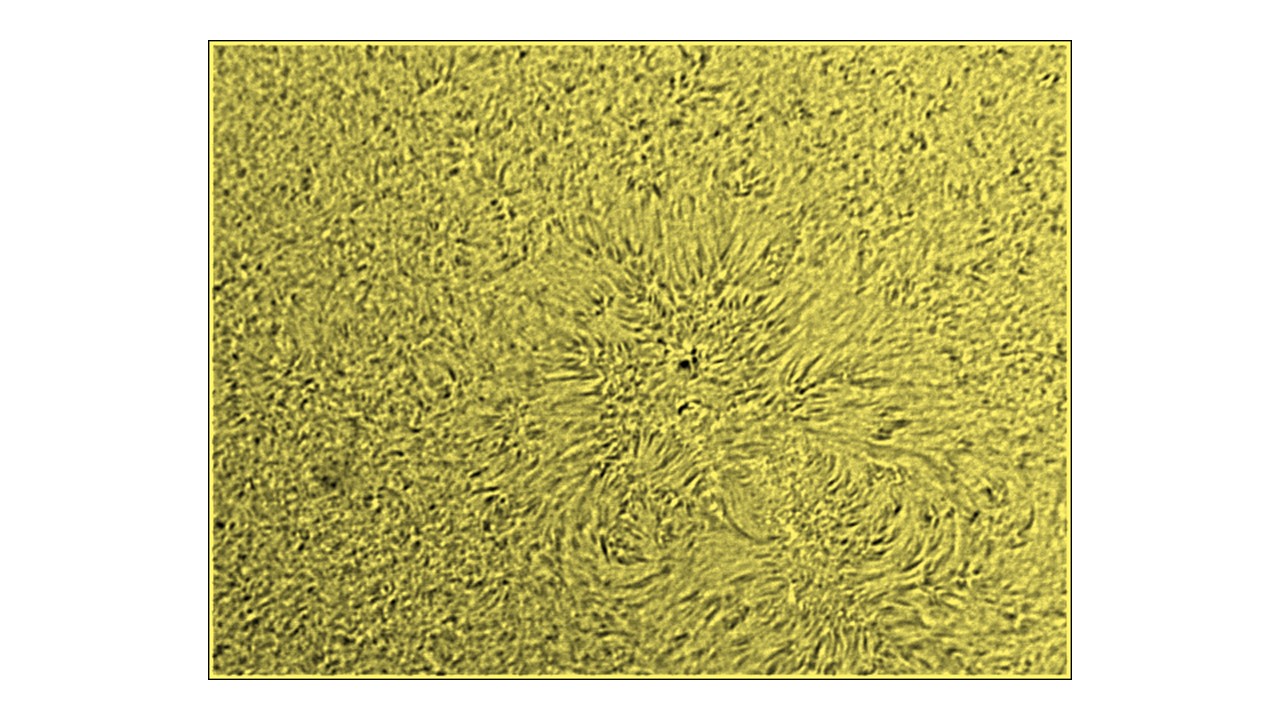